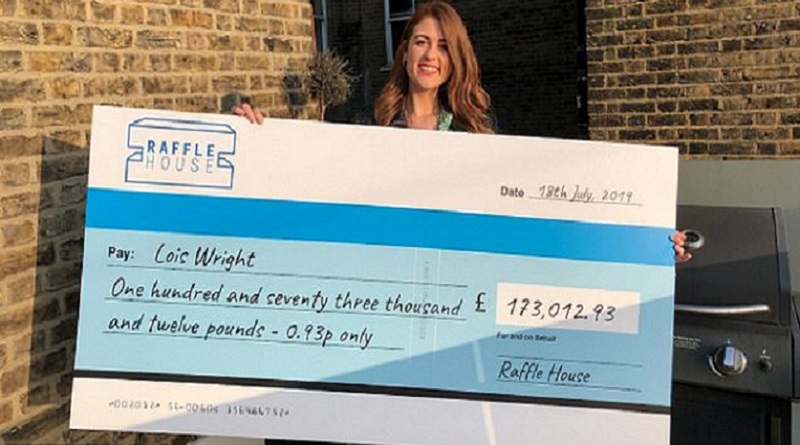 Raffle House, a Brixton-based gambling company, had offered a £650,000 flat as a raffle prize in April last year.

However, low ticket sales meant that the winner, Lois Wright, instead received a cash sum of £173,000.

Lois said: “This is absolutely life-changing for me and I don’t think it has really sunk in yet.

It is a huge sum of money and will allow me to get on to the property ladder for the first time by getting a deposit.”

The raffle deadline was moved from June 2018 to June 2019 due to a failure to sell enough tickets.

Raffle House also changed the rules for entry part-way through the competition.

Initially, customers would buy a ticket but would only be entered into the competition if they got a multiple-choice question right.

In November 2018, this rule was changed to allow people to pay for the ticket only after correctly answering the question.

The Advertising Standards Authority (ASA) said that the entry changes and extension was in breach of their code.

Despite this, Raffle House has already launched a new competition for a flat in Whitechapel.

However, they have made changes to ensure the same problems do not reoccur.

Founder and chief executive Benno Spencer said: “Of course, it would have been fantastic to have hit our ticket sales target and to have been able to award the property as the first prize.

“We have learned a lot during our inaugural competition and have launched our second draw with major changes that will reduce the number of tickets we need to sell in order to be able to award the property as the main prize, which is excellent news for us and for our players.”

Raffle House also said: “We now know far better what the cost of acquiring a customer is and how long that takes, from the first funnel to the last.

These learnings are invaluable to us and we can now say with confidence that we’ll be awarding our next property.”