AFC Wimbledon Sport
11th February 202010th February 2020 Richard Cawley 0 Comments
AFC WIMBLEDON 1
McLoughlin 34
FLEETWOOD TOWN 2
O’Neill 22og Madden 81
BY MATT VERRI AT THE CHERRY RED RECORDS STADIUMAFC Wimbledon have lost 15 times in the league this season – 12 of those have been by a single-goal margin.
Saturday’s defeat at home to Fleetwood was the ninth time they have been beaten 2-1 – Fleetwood and league leaders Rotherham are the only other sides in the league not to lose a league game by three goals or more this season.
But there are no prizes for running teams close. The Dons received yet another painful reminder of that. A combination of a lack of a clinical edge and an inexperienced young side struggling with game management is costing Wimbledon dearly.
The match almost started in perfect fashion for Wimbledon. Paul Osew got on the edge of Hartigan’s scuffed cross within the first minute of the game, but hammered his shot from the edge of the box just wide of the far post.
It was all Wimbledon in the opening minutes of the match but a clash of heads in the 13th minute completely changed the mood, and resulted in a period Glyn Hodges will look back on with regret knowing it could have been managed better.
Mads Sorensen and Harry Souttar collided as they both competed in the air, but it was the Dons defender who came off worst. 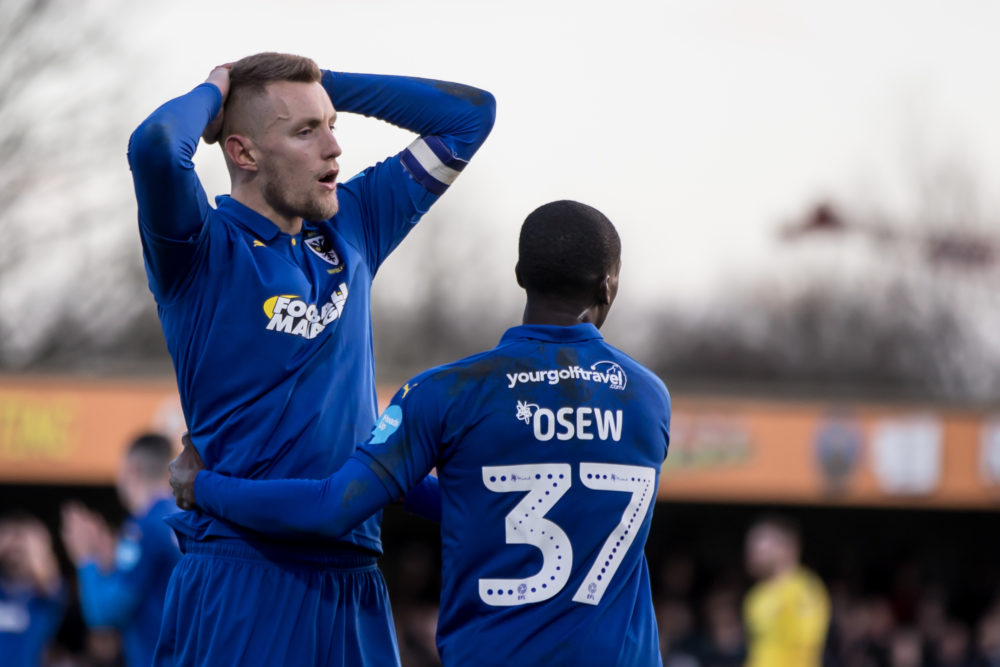 Two minutes of treatment followed, but when Sorensen was taken straight down the tunnel the Wimbledon bench decided not to make a substitution, hoping the Dane could return to the action.
Down to 10 men, Wimbledon lost all their momentum and Fleetwood threatened for the first time in the match. Luke O’Neill was twice on hand deep in his own box to clear dangerous low crosses, the Wimbledon defence creaking in the absence of Sorensen.
Nine minute after that clash of heads, and with the Dons still down to 10, Fleetwood scored the opening goal. A corner was delivered to the far post and nodded back across goal, and as players from both sides scrambled to get on the end of it O’Neill looped a header into his own net.
Almost immediately after the goal, and a full 11 minutes after he was injured, the substitution was finally made and Rod McDonald came on, with Sorensen requiring six stitches to his forehead.
The hosts picked up again after going behind. Joe Pigott should have had his sixth goal in eight matches on the half hour mark, but the Wimbledon captain headed over unchallenged from five yards out much to the disbelief of the home support behind the goal.
But the deserved equaliser came, and just three minutes after that Pigott miss. McDonald whipped in a ball from the left wing, which Jack Rudoni collected before turning his man and standing up a perfect ball to the far post. Shane McLoughlin launched himself into a diving header, and scored what is only his second ever goal. 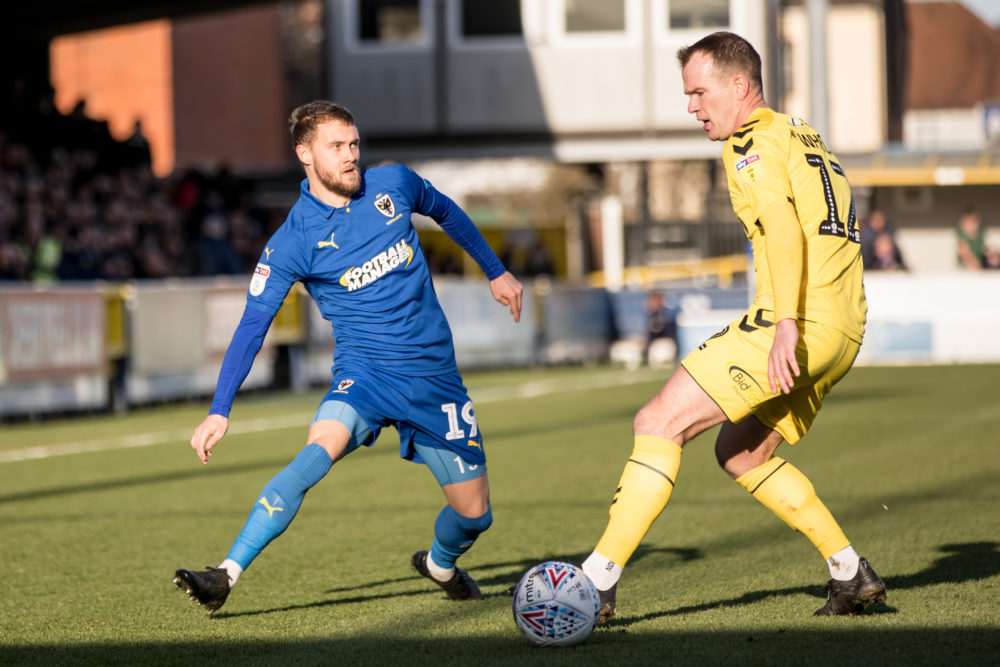 The second half was largely a non-event, which will make the outcome even more painful for Hodges. Wimbledon had the edge in terms of territory and pressure, with Pigott going close with a curling effort.
With the match edging towards Fleetwood’s sixth draw in eight matches and a well-deserved point for the hosts, the hammer blow came.
Back in August, Paddy Madden came off the bench to score in a 2-1 Fleetwood win over Wimbledon.
He got his 15th goal of the season in familiar fashion. Having been subbed on after 65 minutes, Madden scored the winner with 10 minutes to go. Barrie McKay did well to beat McLoughlin on the outside, and his cutback was straight into the path of Madden three yards out. McDonald blocked the first scuffed effort on the line, but could do nothing about the second as Madden had the simplest of finishes.
It was the 10th time the Dons have conceded in the last 10 minutes of matches this season, dropping 11 points from those goals.
Wimbledon pushed for a late equaliser, goalkeeper Joe Day going up in added time for what was the hosts’ 17th and final corner of the match, but Fleetwood held on to leave the Dons reflecting on another missed opportunity.
With a six-point gap to the relegation zone below them, and performances perhaps more positive than results would suggest, League One survival is still firmly in Wimbledon’s hands.

But the games coming up look difficult. Matches at home to Ipswich and away to Rotherham and Oxford in the space of seven days, and against teams all in the top 10, represent a tough test. The Dons will have to be more ruthless and address a worrying habit of conceding soft, late goals if they are to kick on away from the relegation zone.