Lyle Taylor could make his return from injury at Middlesbrough tomorrow – with manager Lee Bowyer hopefully facing a striker conundrum in the coming weeks.

Fans’ favourite Taylor has been out since the end of August with knee ligament damage but may be fit enough for a bench role on Teesside.

Macauley Bonne and Jonathan Leko have scored six and five goals respectively in the Championship this season – the former getting a crack at filling the Montserrat international’s boots.

“Leks is unbelievable for his age,” said Bonne. “One of the best footballers I’ve played with from a technical aspect.

“He has that ability to go around people – he winds them up when he has a football at his feet. It is nice to have someone around you that can carry the ball up the pitch and read my runs.”

Leko is unpredictable with his decision-making, which would suggest it is trickier for team-mates to second guess his intentions.

Not so for Bonne. 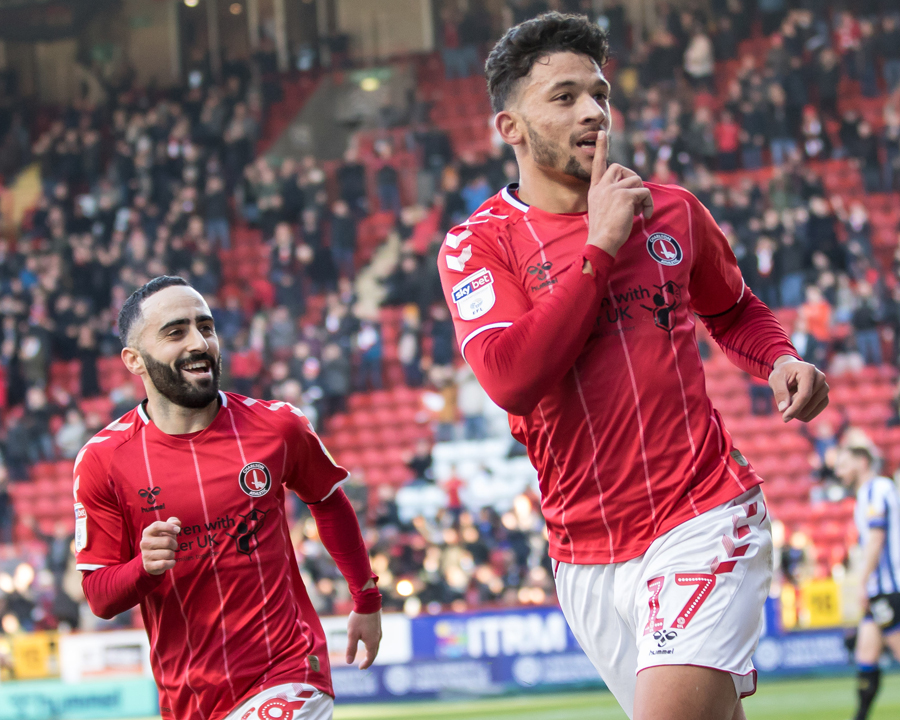 “As soon as I see Leks on the ball I get in the box because I know his first thought is ‘I’m going for the goal,” said Bonne. “If I’m in the box and he is looking to get in there then we’re both doing our job.”

“The extra competition makes you even hungrier,” said Bonne. “I want to play with Lyle and form a partnership with him. The idea of both of us scoring goals – not just one – is exciting.

“We are all praying for some players to come back. There are not many of us [fit] at the moment but they are grafting hard to get back. They are nearly there and that will only strengthen us.

“Jonny Williams has been a big miss for us.”

“I don’t want it to affect me on the pitch,” he said. “Some footballers get into so much trouble on social media by replying to people.

“If someone was saying something horrible then I’d probably drop a comment. I don’t want to do that, so I keep off it.

“A lot of people have opinions on Twitter, I’ll leave them to it.”