Welling United are sixth in National League South after a 2-1 win over Chippenham Town on Tuesday night.

After the fixture was postponed due to an unfit pitch, the game was rearranged for the following Tuesday.

Although unusual for a game to be played so soon after the original date, Welling may have thought it was worth it as they claimed the three points that helped to keep them in the play-off zone.

That did not look likely in the first half in which they huffed and puffed after going behind as the visitors ‘played’ the referee to the full with some questionable methods of slowing down the game after they had gone ahead.

They started the livelier and Nick McCootie was first to test Dan Wilks with a near post shot and they went ahead after fifteen minutes. This time it was Karnell Chambers who got in behind and he beat Wilks with a clever finish from a tight angle.

A couple of corners came to nothing until Brendan Kiernan headed a Montel Agyemang delivery wide. 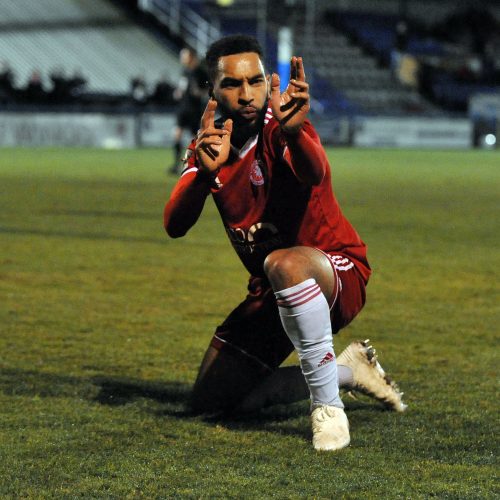 As the first half headed towards a close, Welling had a massive shout for a penalty when Danny Mills was man-handled to the ground but the referee waved play on whilst the assistant in close proximity failed to raise the flag.

Immediately after the break, Chippenham gave Welling a huge let-off when the hosts stopped claiming offside as George Rigg sent Chambers clear. Fortunately for Welling, he went for power rather than look for a clinical finish and his shot fizzed wide.

That was the end of the visitors in terms of attacking as they looked to hold on to what they had by doing whatever they deemed necessary.

On full debut, Mekhi McLeod had a shot saved easily before he was replaced by Gavin McCallum. He created an opportunity immediately when he found Hill who hooked wide. 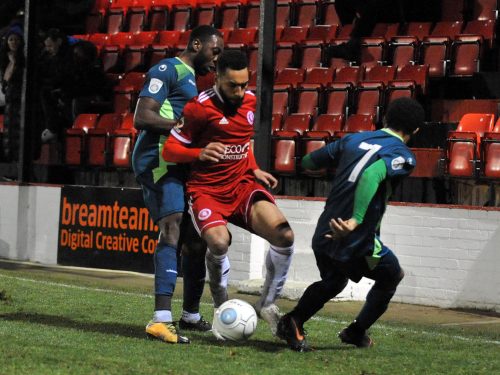 Will Puddy made a smart save from Kiernan before Welling drew level. McCallum and  Jordan Gibbons combined to find Mills. His moved it on to Kiernan who finished gleefully from close range.

Now smelling blood Welling looked for a winner and a Hill volley was deflected wide before Welling scored the crucial second. Kiernan turned provider with a cross that found Hill and his flicked header hit a defender and it floated over Puddy and in.

Even though ten minutes plus injury time remained, Welling were not troubled again and might have added a third when substitute Bradley Goldberg’s shot was deflected wide.