Step aside Ole, because ‘Wally’s at the wheel’.

That’s because the AFC Wimbledon legend wrote his name further into Dons folklore after his side completed a truly remarkable Great Escape by collecting the necessary point that guided them to League One safety and ensured a fourth consecutive year in the third-tier.

Wimbledon knew that a victory would guarantee a nerve-free afternoon, but a draw proved to be sufficient with Plymouth Argyle failing to produce the four-goal swing required to drag the South Londoners into the bottom four. 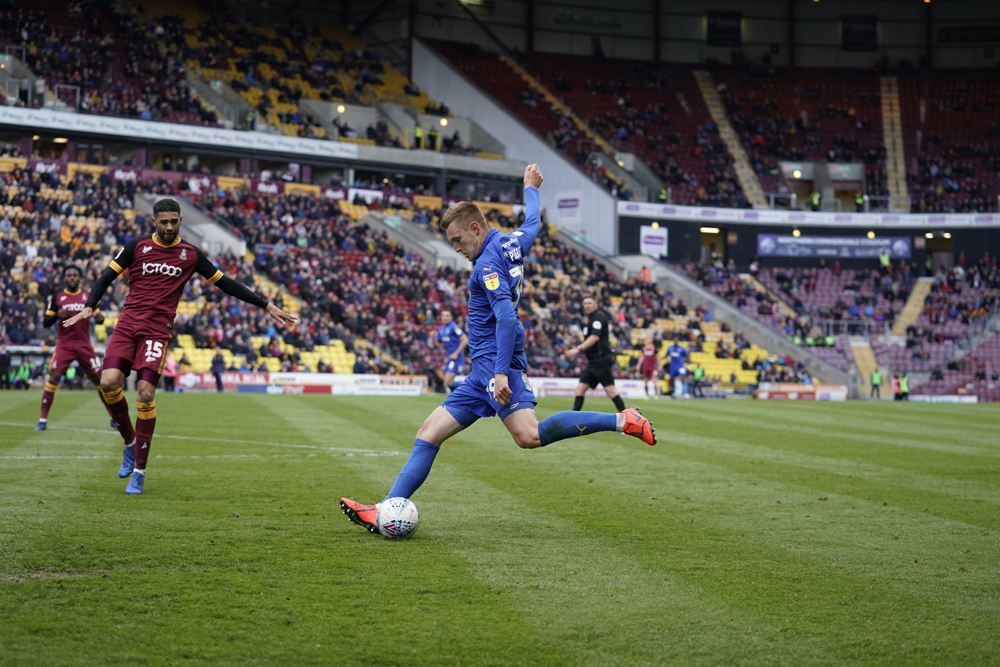 And although Wimbledon were not actually inside the relegation zone throughout the day, there were plenty of anxious moments.

A Bradford goal for the majority of the afternoon would have seen them slip into dangerous territory, but they were given some temporary reprieves along the way, when both Plymouth and Southend United were pegged back in their respective matches. 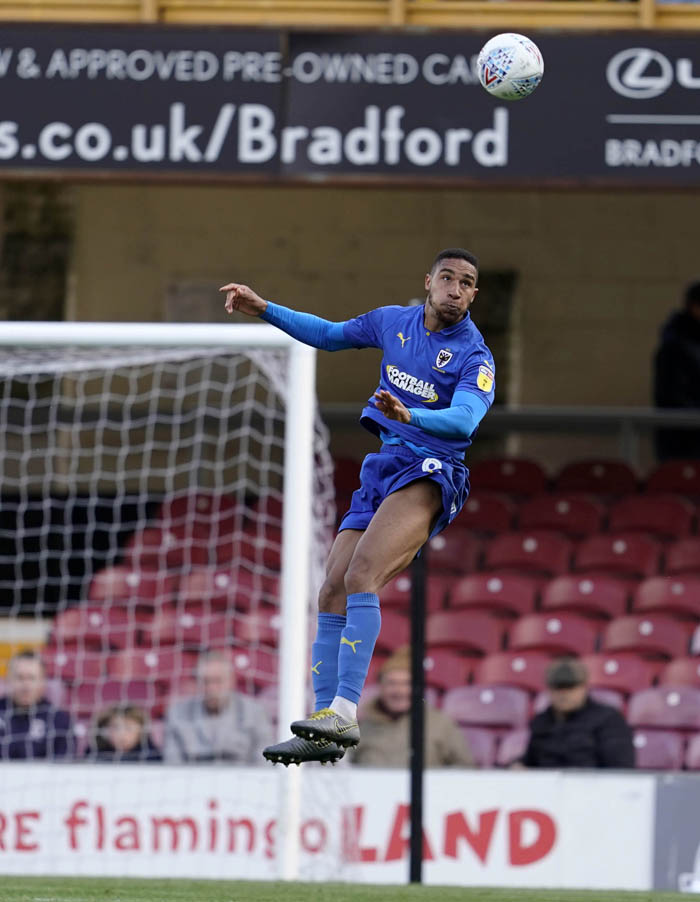 And just when it looked like the Dons would ease to safety, the Shrimpers struck an 87th-minute winner against play-off bound Sunderland to ensure Wimbledon would have to endure four agonising minutes of added-time at the end of the second period.

But like so often since Wally Downes’ arrival, his side passed the test with flying colours to send their jubilant 2,000 travelling army into delirium. 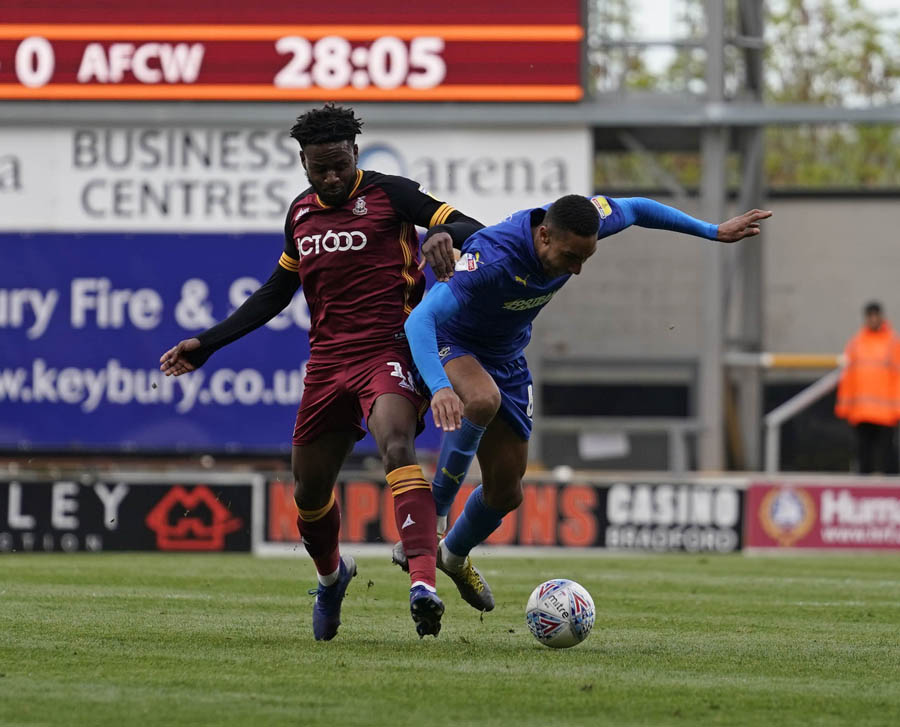 When Downes took the reins in early December, Wimbledon were six points from safety and were nine points adrift of 20th place even as recently as March 2.

No-one in their right mind could even fathom this being possible. But this extraordinary late surge means that they avoided a first-ever relegation since they were reformed in 2000. 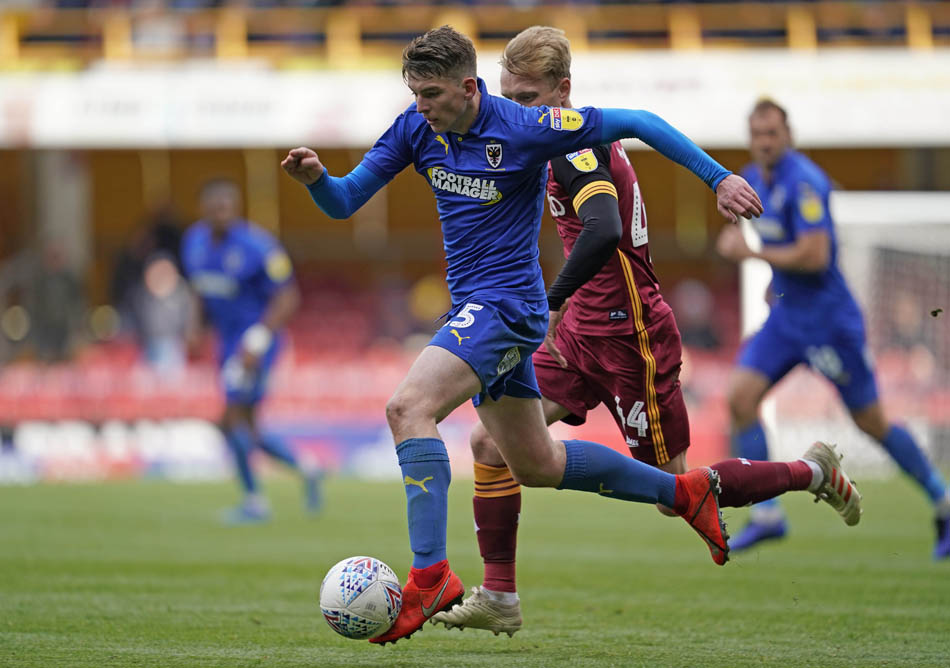 They have had threats to that proud record before, going to the final day in the 2012-13 campaign before making sure of their League Two status.

Despite their destiny being in their own hands from the outset, it wasn’t all plain sailing for the Dons, who suffered some hairy moments in the early stages. 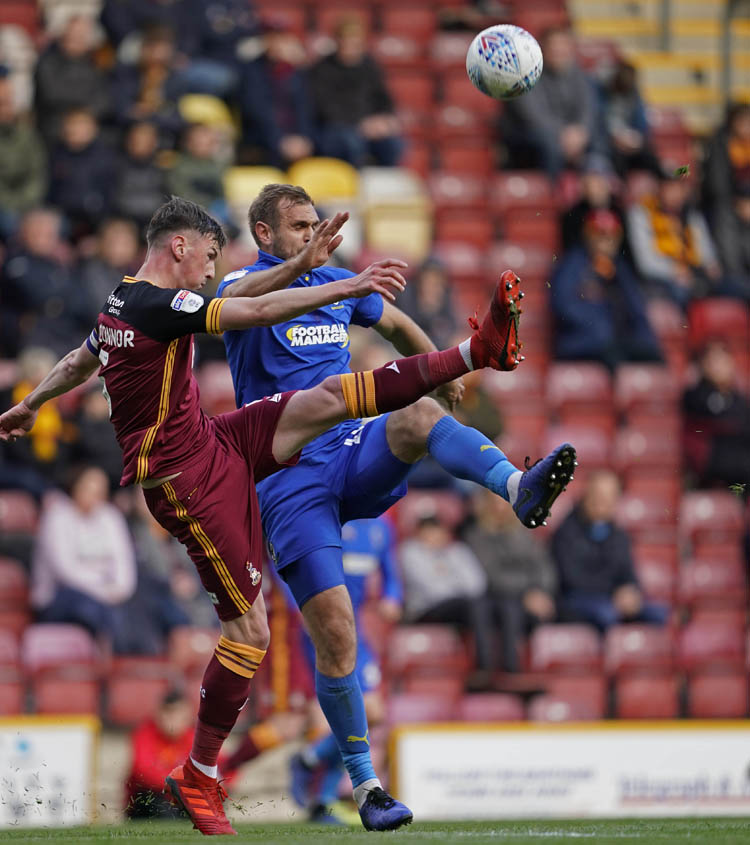 They needed on-loan Bournemouth goalkeeper Aaron Ramsdale to remain alert to turn Kelvin Mellor’s long-range piledriver behind for a corner.

By the time Eoin Doyle poked narrowly wide of Ramsdale’s right-hand post, both Plymouth and Southend had taken the lead, so the Dons were just one goal away from the unthinkable. 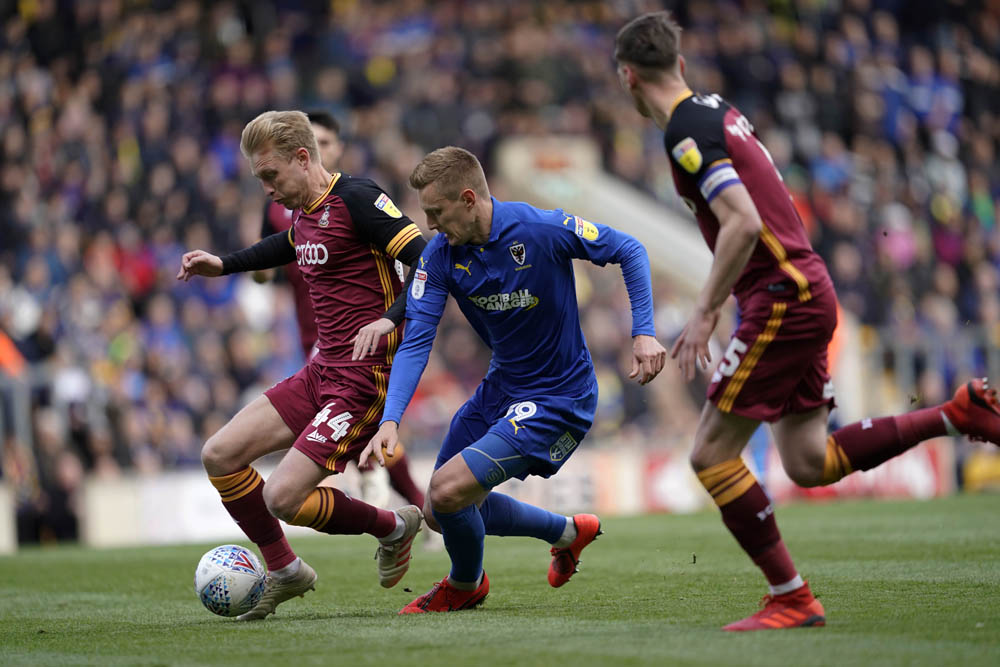 Downes revealed afterwards that he wasn’t aware of other scores until the final 10 minutes, but his side’s response after the break was as if he had told them the exact situation.

“Feed the Pig and he will score” was the chant from the away end and the Dons’ top-scorer Joe Pigott almost answered their cries twice in the opening 20 minutes. 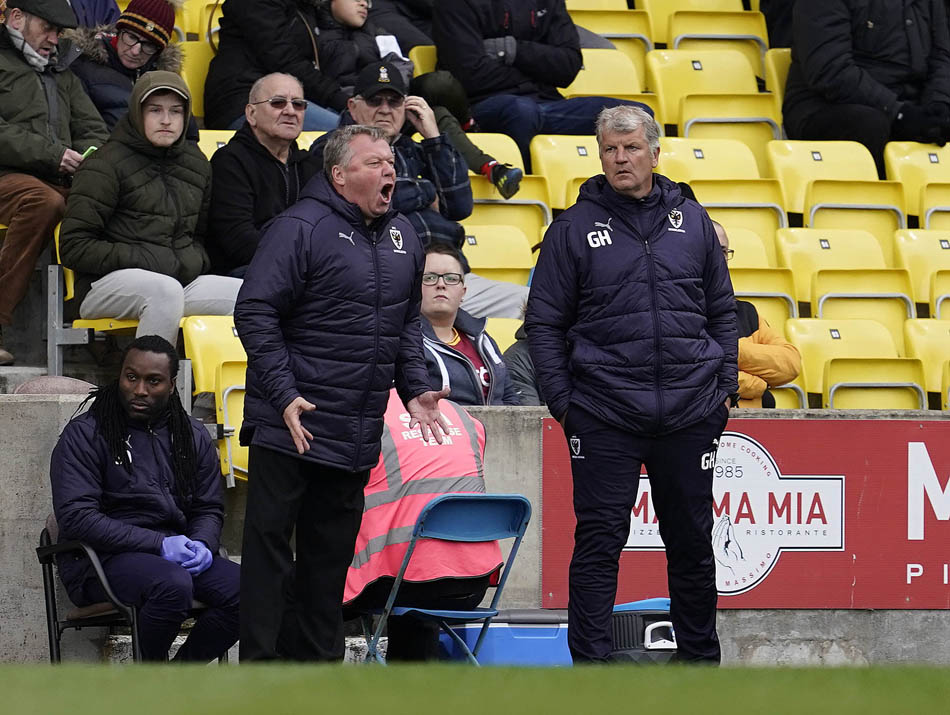 Fresh from picking up April’s League One Player of the Month award, Pigott was firstly denied by some last-ditch Bradford defending before Anthony O’Connor somehow blocked his thumping effort off the line from close-range when he looked set to bag his sixth goal in as many matches. Anthony Hartigan’s follow-up was also scampered away from danger, as the already-relegated Bantams showed plenty of fight despite their league position. 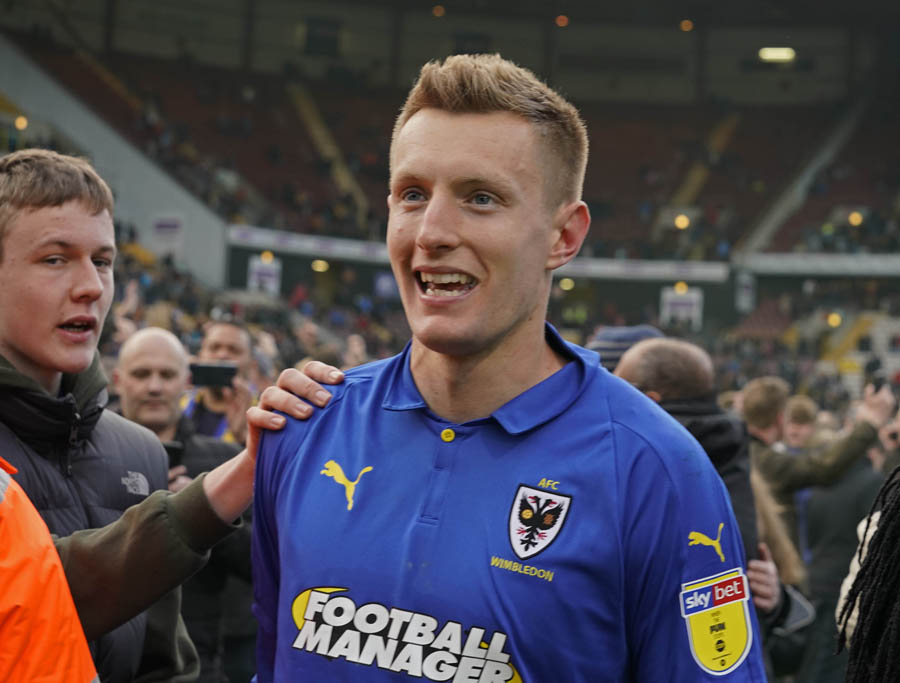 As the game wore on, with Plymouth only drawing, it became evident that a point was going to be enough to keep Wimbledon in the division.

But they looked determined to see the job through on their own account, although Mitch Pinnock’s crashing strike from distance that whistled past the post on 65 minutes would be their final meaningful opportunity. 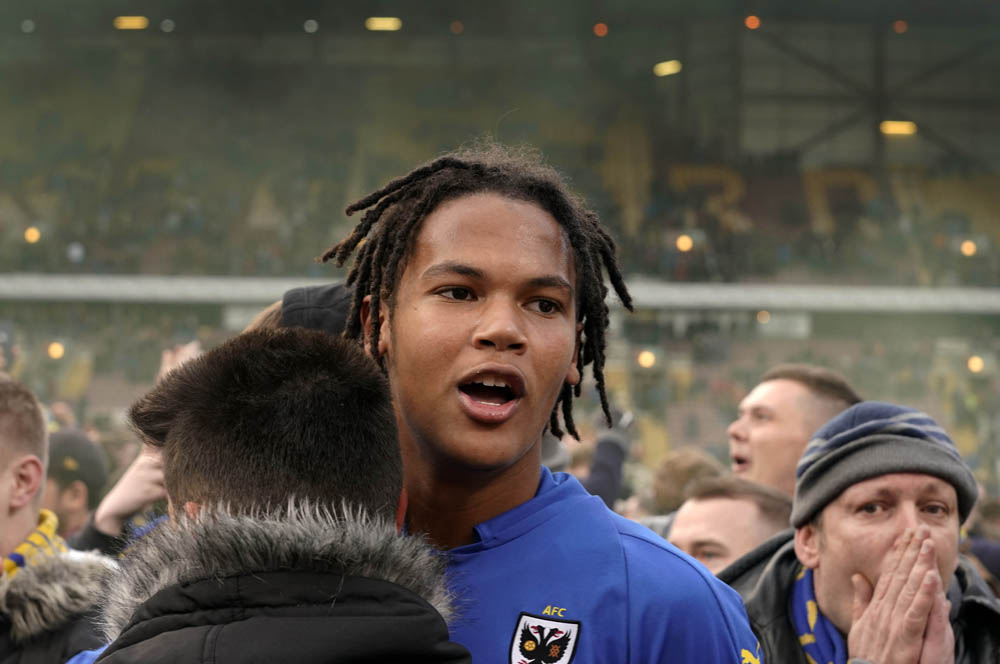 They spent the latter stages putting bodies on the line, heading balls away from danger and doing anything to prevent disaster from striking. Nerves were jangling, one lapse in concentration could ruin months of hard work. But suddenly, good news from elsewhere – Southend had conceded. 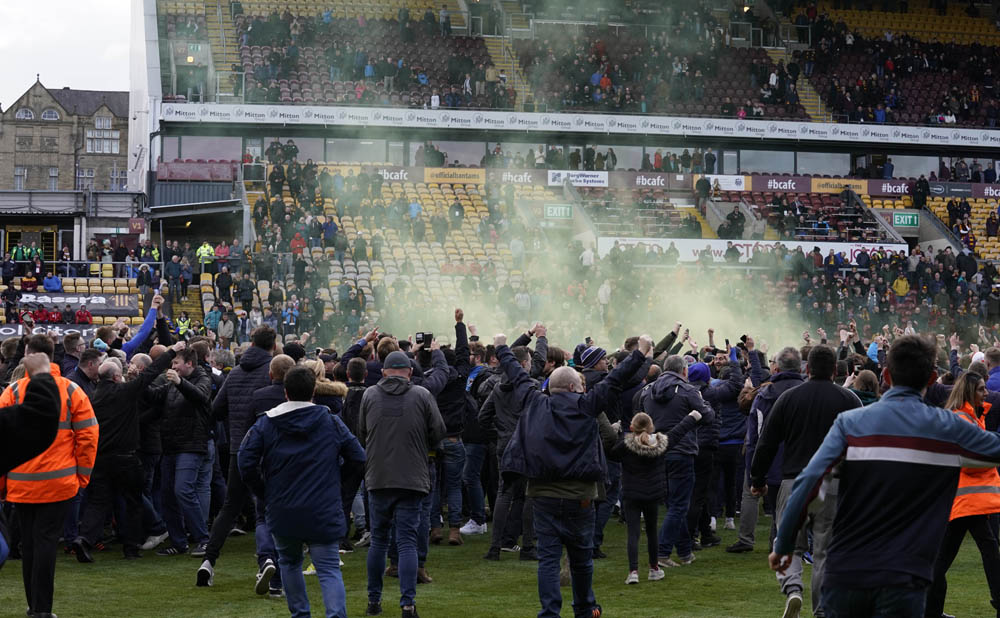 And although the Shrimpers would bag a winner to secure their own fate – and relegate Plymouth in the process – it didn’t affect Wimbledon, who were safe.

Dons players and fans piled on to the Valley Parade pitch to celebrate wildly together.

They had spent 189 consecutive days inside the drop-zone from October to April, but they came up with the goods when it mattered most – collecting 21 points from their final 12 games – to pull off one of the greatest escapes that English football has ever witnessed.