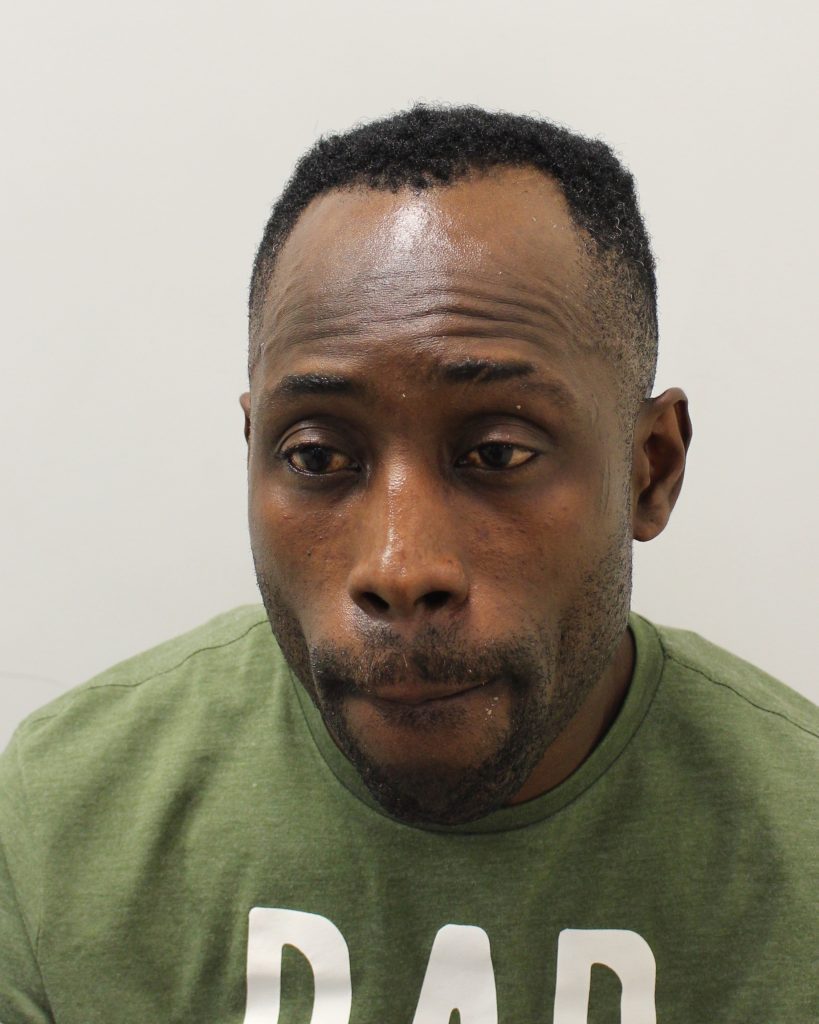 A killer who stabbed his victim 11 times in a busy shopping street, in an “unprovoked, vicious attack” has been convicted of murder.

Alando Bolt, of Adelaide Close, off Coldharbour Lane, was also found guilty, on Friday at the Old Bailey,  of possession of an offensive weapon.

The 45-year-old had stabbed his victim, Andrew Thompson, 11 times, during an attack in broad daylight in Atlantic Road, Brixton.

Bolt and Thompson, 30, had met in the street at around 12.50pm on August 18. They were seen to be talking, when Bolt suddenly launched an attack with a knife.

The pair were seen having a discussion on CCTV – and Bolt was later seen, also on another camera, running away from the scene carrying a knife.

Mr Thompson was not armed with any weapons and did not strike Bolt at all. But he was still repeatedly stabbed by Bolt, who then ran from the scene.

Police and London Ambulance Service were called, but Mr Thompson had suffered a series of serious injuries and his life could not be saved.

He was pronounced dead at 2.08pm the same afternoon, less than 90 minutes after the stabbing.

The post-mortem examination found the victim had received 11 knife wounds.

Following the incident an investigation was launched by officers from the Homicide and Major Crime Command (HMCC).

Bolt was quickly identified as a suspect and he was arrested at 10.30pm that same day, at an address in Streatham High Road.

Clothing similar to that worn by the attacker was recovered – and Bolt had a recent cut to his right hand.

He made no comment after his arrest and was charged with murder on Sunday, 20 August.

In the run up to his trial, Bolt admitted that he killed Mr Thompson.

His case was that there had been some previous dispute and when they bumped into each other they had argued. Bolt stated that he believed he was going to be attacked, so he stabbed Mr Thompson in self-defence.

This justification was rejected by the jury, who found him guilty of murder.

Bolt will be sentenced on March 12 at the same court.

DI Garry Moncrieff of the HMCC, said: “It is incredible that a trivial dispute could apparently lead to murder and so much despair. Bolt deliberately armed himself with a knife and then carried out an unprovoked, vicious, and protracted assault. This attack was in broad daylight and in a busy street.

“I do not doubt that this day will haunt those who saw what happened and I am glad the jury has seen through Bolt’s spurious claim of self defence.

“I hope this conviction will now bring some comfort to Mr Thompson’s family and friends.”