BY JAKE SANDERS AT THE DEN

As pre-season friendlies go, this was about as good as it gets.

And it wasn’t just an enthralling contest because it included six goals, two penalties and two goal of the season contenders, but it was comfortably Millwall’s best performance of pre-season against by far the most difficult opponent they have faced in their six matches.

However, Neil Harris revealed that there will be changes to his team when the Lions kick off their league campaign at home to Preston North End on Saturday.

“That won’t be the team that plays next week against Preston. What fans might envisioned happening next week in the first game of the season in their heads, they might not see next week,” the Lions boss said with a beaming smile on his face, clearly excited at the thought of Championship football returning to SE16 for a third consecutive season.

Based on this display, Harris has plenty of reason for optimism as his Millwall team more than held their own against a Real Sociedad side that not only finished 9th in La Liga last term, but achieved a league double of Real Madrid, including a 2-0 victory at the Bernabeu.

Strangely, kick-off at The Den was delayed by 15 minutes as Imanol Alguacil’s men, who drew with Nottingham Forest at The City Ground on Friday night, were late arriving to London. 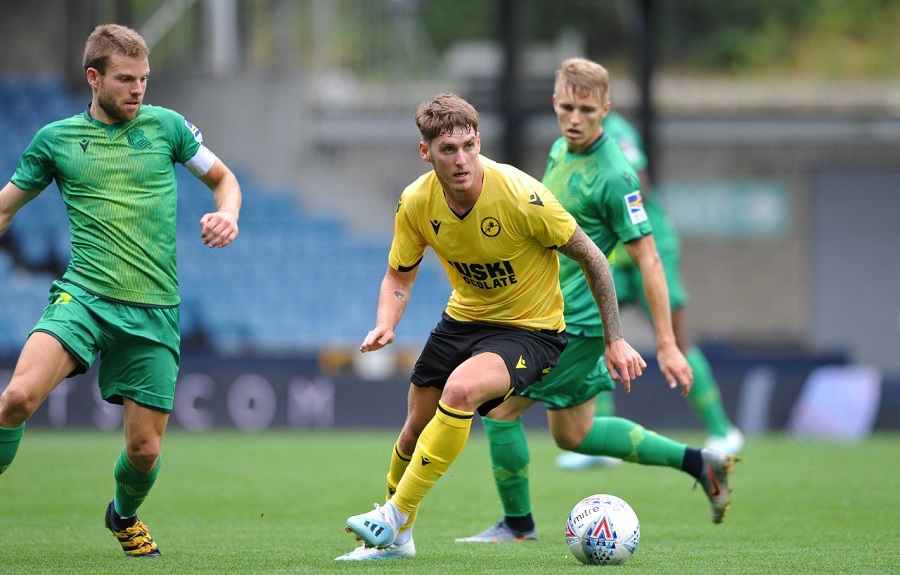 And the Sociedad players probably wished they’d stayed on their team coach as just six minutes in they were caught napping as Millwall’s tallest two players combined to win a penalty. Jake Cooper picked out Matt Smith, who controlled well and looked set to finally become the first Lions striker to find the net in pre-season and bag his first goal since arriving from Queens Park Rangers, but Mobido Sagnan had other ideas. The Sociedad man would have undoubtedly seen red in a competitive fixture, but his decision to bring Smith down was justified moments later as Shaun Williams – who missed his last spot-kick against Bristol City in May – saw his tame effort saved by Alejandro Remiro, who sparred his teammates blushes.

Millwall only received five penalties in the Championship last season, but were awarded another just before the 20-minute mark as Sociedad continued to struggle with their physicality. Cooper was the man upended this time and although Connor Mahoney wanted the spot-kick himself, Jed Wallace grabbed the ball and did the rest from 12-yards. With Williams now missing his last two, Harris admitted that their penalty taker going forward is something that will be discussed this week. 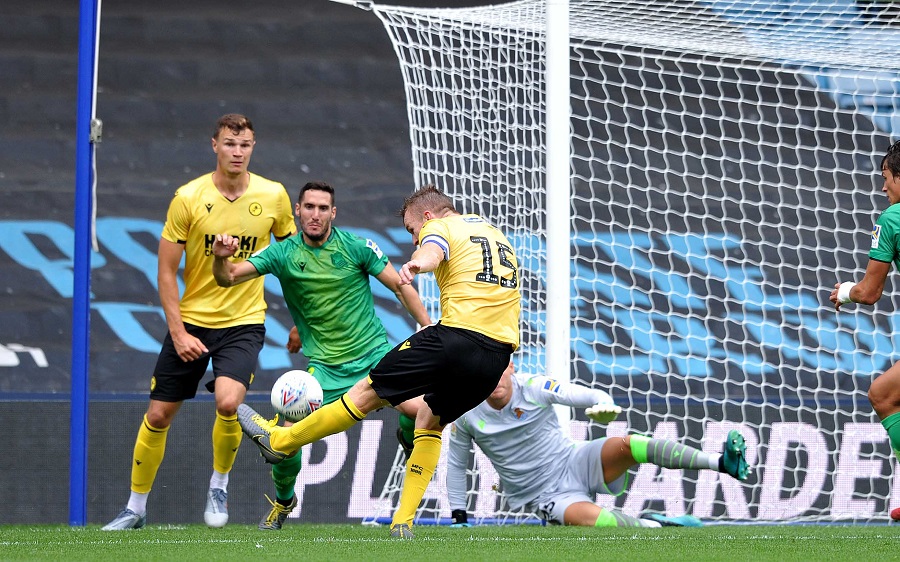 The visitors looked rattled in front of a small, but typically loud home crowd. However, their quality was there for all to see, no more so than when Alexander Isak was given the freedom of South London after he was picked out by Nais Djouahra. The former Borussia Dortmund striker needed no second invitation as he easily slotted past Frank Fielding from close-range.

That gave Sociedad some confidence and they soon found themselves ahead. Moments after Mahoney struck the post and Alex Pearce saw a goal-bound cleared away from danger, David Zururuza, after a long period of possession from Real, drilled home from 25-yards, arrowing a wonderful effort into the bottom corner. Fielding had next to nothing to do, but had somehow found himself picking the ball out of his net twice inside the opening half-hour.

But moments after the break, Millwall stunned the two-times La Liga winners with a goal that could take some topping this season, even at this early stage. Although for anyone that watched Harris’ side regularly towards the back end of last season, wouldn’t have been surprised by Ben Thompson’s contribution. He made his umpteenth tackle of the afternoon just outside the box and composed himself before producing the perfect dipping strike that flew into the top right-hand corner, helped by a kiss off the crossbar on it’s way through. Remiro didn’t even move, not that he would have got anywhere near it if he had done. 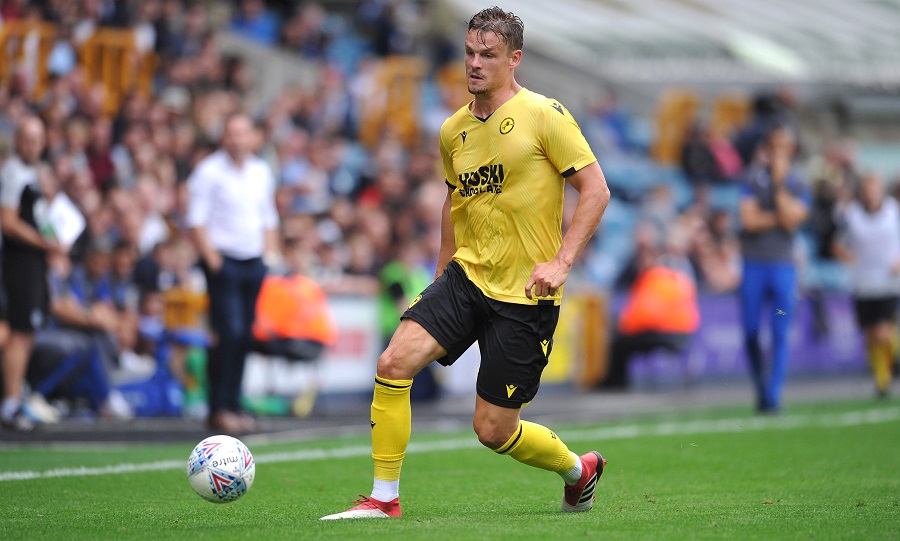 The games next goal was far less spectacular as Isak showed his killer instinct by tapping home from six-yards to put Sociedad back in front. But he owed plenty to the hard work of Manchester United academy product Adnan Januzaj, who teased Murray Wallace before picking out his teammate with a drilled low cross.

Millwall looked like they were heading for consecutive defeats to complete their pre-season programme, but luckily for them, Mahoney had other ideas. After collecting a cute Mahlon Romeo pass from the inside right of the box, the former AFC Bournemouth winger cut back onto his left foot, leaving Cristian Portugues in his path before picking out the top left-hand corner with a ferocious left-footed strike. It makes you wonder how he has just two goals in 72 senior appearances.

And on this evidence, Mahoney looks like he’ll add some much-needed quality to the Lions’ attacking department. The winger, who has been by far Millwall’s most impressive of their even summer signings in pre-season, now looks a certainty to start and make his competitive debut against Preston. 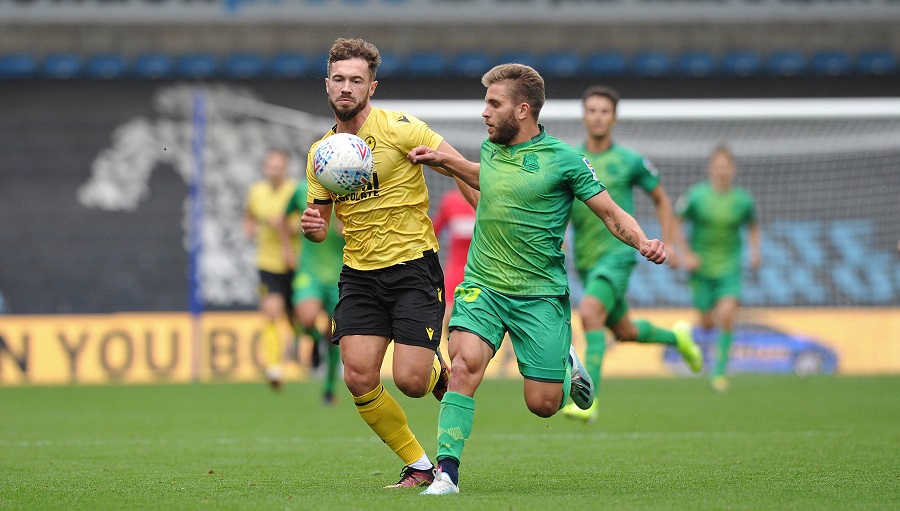 If Millwall can get Wallace playing at his best and find a settled strike-partnership, along with the quality of  both Thompson and Mahoney, who knows what they can achieve this season.

One thing is for certain, it won’t be boring. It never is at The Den.