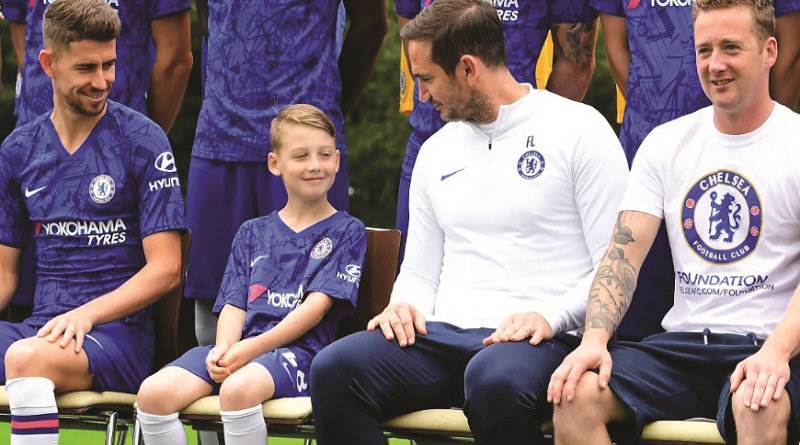 Two lucky Chelsea fans met the players and were in a team photo thanks to winning a club raffle prize.

Devon Atkins enjoyed a day to remember last month when he joined the squad for its annual photo call after winning the Chelsea Foundation 50/50 Raffle prize.

Devon, and son Frankie, met the players individually before the pair took their place either side of Frank Lampard.

Prizes available to win are multiple cash winners, a pair of Kepa Arrizabalaga’s signed gloves and two tickets to watch the visit of Newcastle on October 19.

Devon, who has been a Chelsea fan since childhood said: “It has been awesome, a great experience, I have absolutely loved it and it was much more than I expected.

“We got a mini guided tour and then met all the players who signed my son’s shirt.

“I got to meet Frank Lampard before the players came out and we had a good chat. My son is named after him so it was extra special.

“Frankie was so excited to be a part of the photo as well. It is a great prize for a great cause and I am glad I supported the Foundation Raffles.’

To enter the next raffle, go to https://chelseafc.matchplus.co/