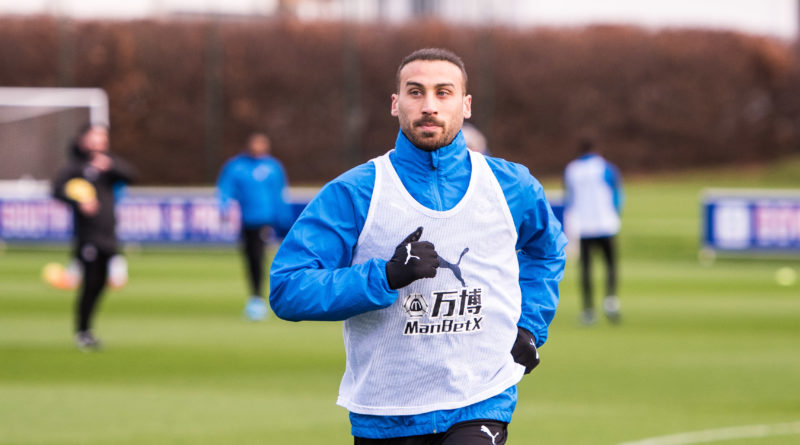 Turkish international Cenk Tosun has joined Crystal Palace on loan from Everton until the end of the season.

Tosun chose to represent Turkey after playing between Under-16 and Under-21 levels for Germany, his country of birth. He featured for Turkey in their Euro 2016 campaign and finished as top scorer in the country’s successful qualification for Euro 2020, and has now scored 16 goals from 40 international appearances.

Crystal Palace Chairman Steve Parish commented: “We’re delighted to have secured Cenk’s services for the remainder of this season.

“We’ve enjoyed a great first half of the campaign and Cenk’s arrival will bolster our squad as we push for a top-half Premier League finish.

“Cenk has a proven record as a goalscorer and we’ve admired him for some time, so I’m very pleased to welcome him to Crystal Palace.”

Tosun started his career with German side Eintracht Frankfurt before moving to Süper Lig team, Gaziantepspor. In his debut season with the Turkish club, the forward scored 10 goals from just 14 appearances and went on to net 49 times in 128 games. A highlight at Gaziantepspor came when Tosun bagged a brace in his club’s Spot Toto Cup-winning victory in the final against Orduspor.

He scored 24 times for the Black Eagles to retain the Süper Lig title in 2016/17. Having earned Champions League experience at Beşiktaş, Tosun moved to Everton in January 2018.

The Toffees finished eighth in Tosun’s first campaign and the frontman netted 10 times for the Merseysiders.