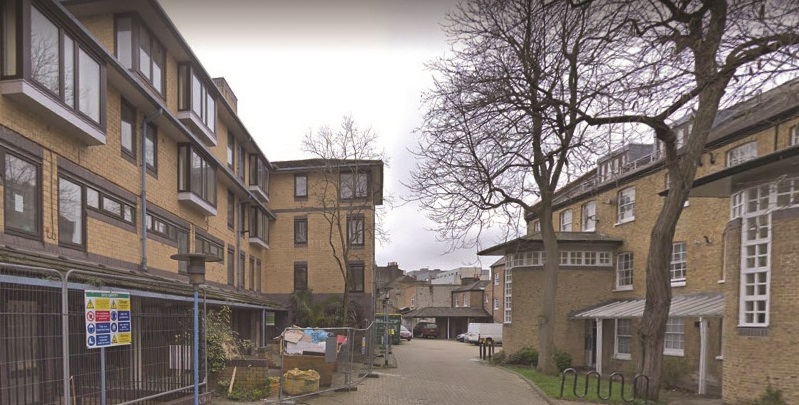 A pensioner died after accidentally setting her soothing – but flammable – skin cream on fire at a care home.

Rosina McDonald was heard crying out for help when flames spread to her clothes and hair at the Wood House care home in Tooting in 2015.

Now the firm which runs the home has been fined £90,000 and £15,000 costs at Southwark Crown Court for failing to properly look out for the fire risks in her room.

The 78-year-old had been left alone with a cigarette lighter, flouting fire safety rules.

Three fire engines and 15 firefighters arrived to tackle the blaze, which damaged part of a two-roomed flat on the home’s first floor.

Mrs McDonald was taken to St George’s Hospital, Tooting, 200 yards away, but she died the following afternoon on January 29.

Wood House, in Laurel Close, was one of 21 homes around the country run by Gold Care Consultancy Ltd, which admitted three fire safety breaches.

The care home, which provided 24-hour care and helped residents with meals, washing and dressing, was closed shortly after the fire.

The company says it has now spent £400,000 on fire safety at its other 21 homes, which include Burrows House, Derwent Road, Penge and Baugh House, Baugh Road, Sidcup. Another woman, aged 84, had been hurt at a fire at one of the firm’s care homes in Penge in 2013.

Mrs McDonald had suffered a stroke in 2012 and had severe cognitive impairment as a result. Health professionals also highlighted she was at risk of being disorientated.

Following the blaze, fire inspectors found two cigarette lighters in her room at the care home which had been modified to burn brighter – and their flame may not have gone out when the button was released.

The elderly resident was also prescribed soothing cream – to be applied twice daily – and half of the ingredients were flammable.

The London Fire Brigade has issued a warning about using such cream, particularly for vulnerable people who smoke and have mobility issues.

Its spokesman said: “A small spark can quickly lead to a serious blaze if flammable emollients seep into dressings, clothing and bedding.

This presents a real concern for people who are less able to escape if a fire takes hold.”

The London Fire Brigade’s Assistant Commissioner for Fire Safety, Dan Daly, said: “The fire risk assessment did not adequately reflect the fact that Mrs McDonald was at serious risk in the event of a fire.

“She was a resident who smoked and had severe cognitive impairment. “Not only did she have lighters but she also had flammable ointments applied to the skin.

“These were serious breaches of fire safety and measures to safeguard the well-being of this resident could have been put in place easily and quickly and at little cost.

“Carers need to look at the individual needs of the people they look after and incorporate fire risk into the care planning process.

“A fire risk assessment is essential. If this had been in place then this tragic case could have avoided.”

A Gold Care Homes spokesman said: “Four years ago, an incident involving fire at the Woodhouse care home, sadly claimed the life of one of our residents. “Our heartfelt condolences go out to the family.

“Following this incident, we have further invested in excess of £400,000 to date on further enhancing our fire prevention measures.

“Despite funding shortfalls in the care sector, we remain committed to the safety and well-being of our residents.”