He might have helped keep Millwall up, but Steve Morison still regrets coming back to the club for his middle spell at The Den in 2013-14.

For him it was a blot on his record – and he was very glad to be able to put it right with two more seasons in South London under Neil Harris.

He hit a total of 92 goals for the Lions, making him their third highest scorer, after Harris himself and Teddy Sheringham.

Perhaps more importantly, his work rate and leadership helped them secure promotion to the Championship on two occasions.

“My move to Leeds did not work out great, so I ended up coming back to Millwall,” he said. “It was a bad move because it was a bad time – it nearly tarnished my record with the club and the fans.

“I was part of that whole debacle with Steve Lomas and Ian Holloway, and I didn’t perform as well as I could have.

“If I had not come back again for the third time, under Neil, people would only have remembered me for that loan spell – so I was glad of the chance to change the perception.

“But that is what made it even better that I came back, and showed I could still be an asset. People forgot about my loan spell and the success of my third time around was much more how I wanted to be remembered.”

He struck 19 goals in 2015-16, having joined the Wednesday before the opening day 2-1 victory at Shrewsbury.

“We did well all year and wanted to get promoted,” he said. “We were pretty comfortable in third place at the end of the campaign proper, but we let ourselves down in the play-off final against Barnsley, which was frustrating – especially as we had torn Bradford apart in the semis. 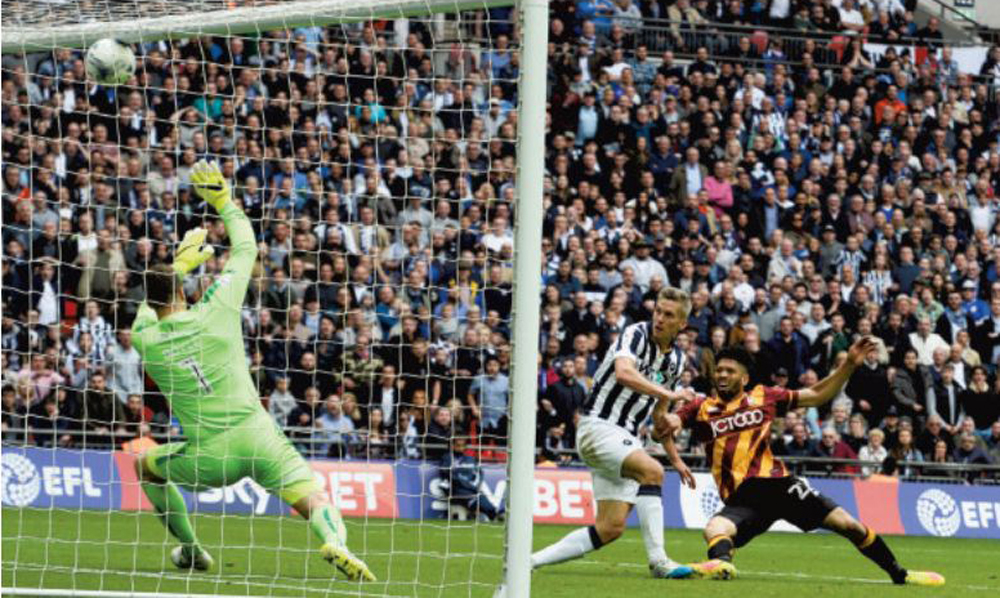 “The following year we knew that once we reached the play-offs we would get promoted – it just happened to be Bradford who we beat in the final. If you wanted to write a story about that day, you would have wanted us to score in last five minutes – and that is what happened.

“When Sean Williams’ cross came in, the defenders thought they could kill it and moved forward. But Lee Gregory got a touch and luckily I’m stepping in the other direction and got my foot on it.

“I will never forget that moment, when it hit the net – and a lot of people won’t.

“It is a great memory – and we followed it up with one of the club’s best performances in the championship.

“The gaffer managed pre-season very well and we had momentum and attitude and a good squad and just kept going.

“If you’re tired in those circumstances – after two play-off years in a row – it’s just a mental thing. But – come on – we are professional sportsmen. You prepare well and you will do well.

“I knew I would not to be picked to start too many games, but I still wanted to play, play, play and we agreed to find me a loan move.”

When the moment came for him to hang up his boots, it happened quite suddenly and he did not agonise too long over the decision.

“I played the first eight games of the season at Shrewsbury but then I didn’t play a few,” he said. “I didn’t really want to carry on playing anymore – I had enough.

“I was traveling around the country and not playing and I hadn’t signed up for that. 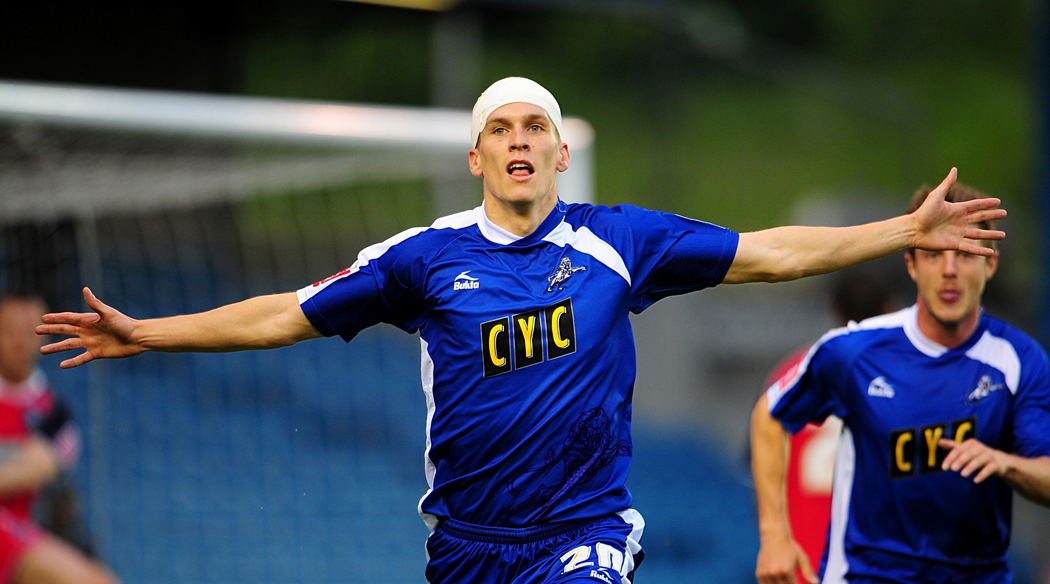 “I did not want to put myself through that. I was content. I was happy to finish playing.

“I’m now out on the pitch and making a contribution. If I feel like I can’t make a contribution anymore I’ll stop doing it – just like I did on the playing side.”

Morrison had not been angling for a job in hometown Northampton.

“I did not know anyone here from my days as a player any more,” he said. “The club secretary is the same as when I was here the first time but that is all.

“I just saw the job come up online. I applied and the club got in contact. I went down the same process as everyone else. It was at a time when I was in the process of making a decision whether I wanted to carry on playing.

“I spoke to people at Shrewsbury and as the opportunity came up I decided to take it. Manager Sam Ricketts was a gentleman, as always.

“He gave me good advice in that situation and between us it all got sorted out – and I would like to thank him for all the help he gave me.

“It has been a great first few days. I’m loving it. The academy team has been incredibly successful, and being the assistant looking after the U18s under John Bailey is very enjoyable.

“We went to the top of the league after victory on Saturday.”

Morrison was watching another youth team when he heard about Harris quitting as Millwall boss – the former Premier League star was on the touchline to see his son Fenton play in a friendly in the U9s when he got a flurry of messages.

“I had already sent a text to a couple of the boys asking for tickets for the Leeds game because I wanted to come and watch,” said Morrison. “I had been hoping to see Chopper in action as a manager and have a chat after the game. In the end I had to stay away from The Den for the match, because then people might have put words into my mouth and assumed I wanted to jump on Neil’s grave.”

He does want to put himself forward for the Den hot seat one day, but not yet.

“I am nowhere near ready,” he said. “If someone rang me and asked me to help out, then of course I would but I want to go and get experience first and be away from the club for a bit before I put my name forward for that job.

“Even then, there are no guarantees. I would like to be as prepared as I can be and to get my coaching badges.

“It would be a dream to do the job of the manager at Millwall.

“Maybe one day I will get the chance – but until then I will concentrate on what I’m doing and make my mistakes now and learn from them and try and progress and get better every day.

“If ever the opportunity does come up I want to make sure I’m ready. It is definitely something I want to do.

“The pressure of being a manager is not something that deters me. Football is a high pressure game – having to perform every week is pressure.

“You are constantly in the spotlight even though sometimes it is just a local spotlight.

“That said, I don’t think the Millwall job specifically is one that anyone is ever ready for. It is tough and would not work for some people.

“I definitely want to go the managerial route but I think it will be tougher than playing. After all there are only 92 jobs available.

“But when it comes to playing, I had to go all the way from the bottom to get back up to the top. So maybe I could do that off the pitch.”