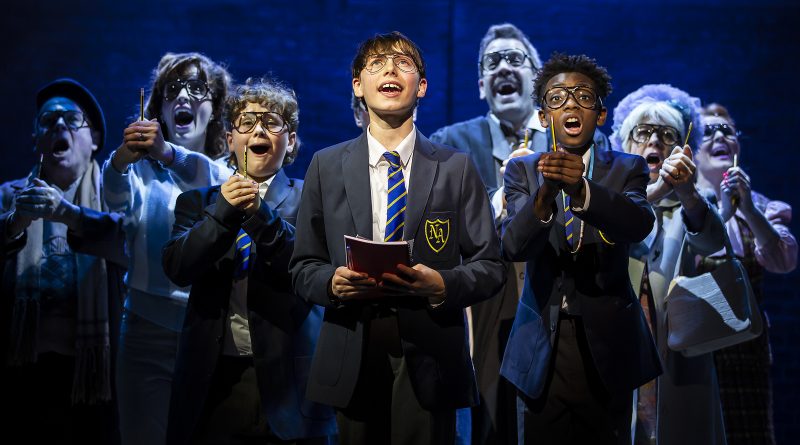 Sue Townsend penned this hilarious account of an adolescent navigating the formative years of his life amidst the chaos in his home nearly 40 years ago.

It is a familiar tale of a class-conscious Britain under Thatcher’s premiership; we’ve most definitely moved past that, right?

So why does it still resonate with audiences today?

What could possibly be familiar about a status–obsessed society where tone deaf righteous indignation is freely allowed as long as you belong to a certain class.

The story follows Adrian Mole, a self-professed intellectual, who is desperate to gain the affection of his first love, Pandora, who is always just a little bit beyond his reach.

Adrian’s attempts to get Pandora’s attention by writing her poetry and reading Wuthering Heights brought out a few giggles from the audience.

He even tries to question authority, again in an attempt to impress Pandora, by deviating from the school uniform to wear red coloured socks.

However, anyone who went to a strict school can confirm that it would most certainly constitute a rebellion.

Although this story, or rather the musical, is told through the lens of a 13-year-old, it most certainly is not just for teenagers.

Who can’t relate to Adrian’s struggle to fit in, his dreams of becoming financially successful and gaining the respect of his peers?

Adrian’s innate superiority complex and his unflinching belief that he is destined to be remembered is what Jacob Rees Mogg must have been as a teenager.

Minus the wit and affability of Adrian of course.

As the story is set in the early 80’s, the innate sexism of that period was skilfully used as the punchline to quite a few jokes.

At one point when Adrian’s mother talks to him about how unfulfilled she is in her role as a house wife, he wonders what she has to complain about when she is let out of the house every day to do the daily shop.

What more could she possibly want?

The most impressive part of this production, for me, was the live Orchestra which was hidden from view for most of the performance and yet managed to keep up with every little thing that was happing on the stage which, I assume, cannot be easy with a rotating child cast.

The music was on point throughout the production and one has to admire the actors’ ability to deliver a sarcastic quip in song form.

The songs are all catchy to a point where I found myself humming the unfamiliar tune on my way home.

This is an utterly enjoyable production which is well worth the watch for longer-term fans of the books and novice theatre goers alike.

The Secret Diary of Adrian Mole Aged 13 3/4 by Luke Sheppard plays at the Ambassadors Theatre in Covent Garden until October 12.
www.attickets.com
Box Offce 0844 871 7615