It’s always wonderful to see a new play, something that the Bridge Theatre specializes in. And it is certainly an original idea to have a thinly disguised Melania Trump trapped in a room with Brigitte Macron.  Up and coming Irish writer Nancy Harris is also very privileged to have her Two Ladies performed by two outstanding actresses – Zoe Wannamaker and Zrinka Cvitesic. Inspired casting. It is their strong performances which carry this somewhat fantastical work.

The real life role of a ‘first lady’ is never an easy one – whether it is in France or the United States. We are very familiar with the extraordinary stories of the two very different women who currently fill those shoes. Nancy Harris gives us some idea of what it is like for them, and she is not shy in rehearsing some of the dreadful abuse each of them has had to put up with. The false rumours that Melania was once a prostitute. The dreadful ageist attacks on Brigitte Macron.

The play opens dramatically – the US first lady entering covered in blood. The scene is an anonymous conference centre somewhere in the south of France. Designer Anna Fleischle has this just right – contemporary but definitely not chic. The United States has just suffered a 9/11 style terrorist attack which has claimed a thousand lives. The world leaders are meeting at an emergency summit, as America prepares to launch a revenge attack. The US president is gung-ho for war, it is up to the Europeans, and the French president in particular, to restrain him. These powerful men never appear, but their presence looms large off stage. 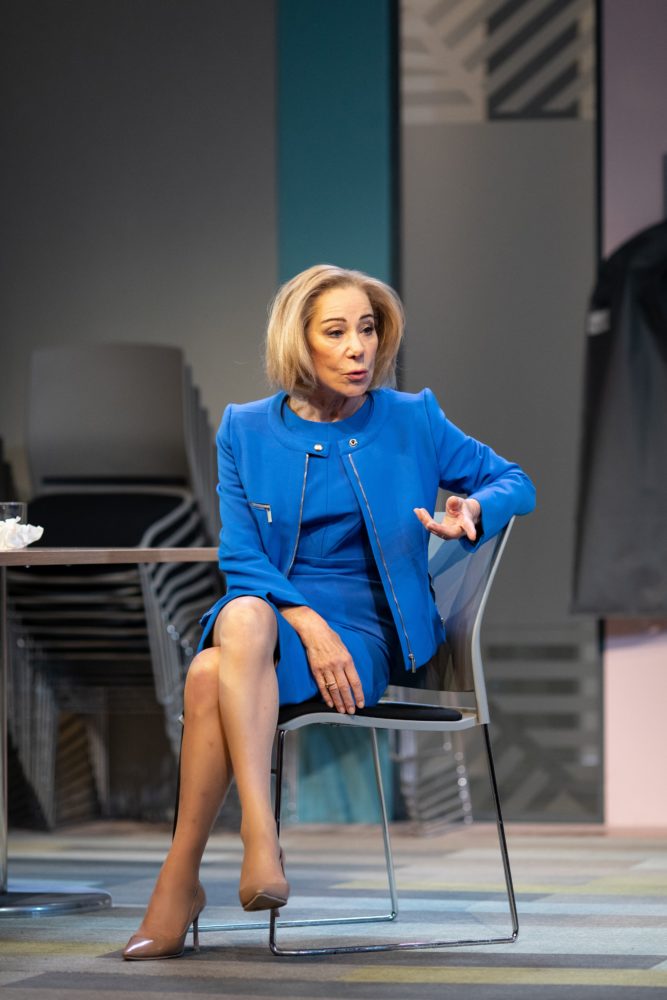 Zoe Wannamaker is quite perfect playing Helen (Brigitte Macron) complete with a cheeky look-alike blond wig. Harris writes her as an Englishwoman, but otherwise her story is Brigitte’s. The clever older woman who falls for one of her pupils, ends up marrying him, and then ruthlessly propels him into a political role and, ultimately, the presidency. The real life President Macron openly admits to his wife’s guiding role, and after his election he sought to give her both the formal title of ‘First Lady’ and her own staff, something that was only abandoned after public protest.

Melania Trump is of course very, very different. In Two Ladies she is called Sophia, but is still a glamourous model from Eastern Europe who becomes the President’s ‘trophy wife.’ She is suitably played by the uber glamourous Zrinka Cvitesic (who of course trained in Zagreb). Much is made of the difficulties of Melania’s role. Or at least her role as critics perceive it. What must it really be like to have millions tweet about you critically – “Melania blink twice if you need help?” There are numerous items of clothing with this line emblazoned on them. 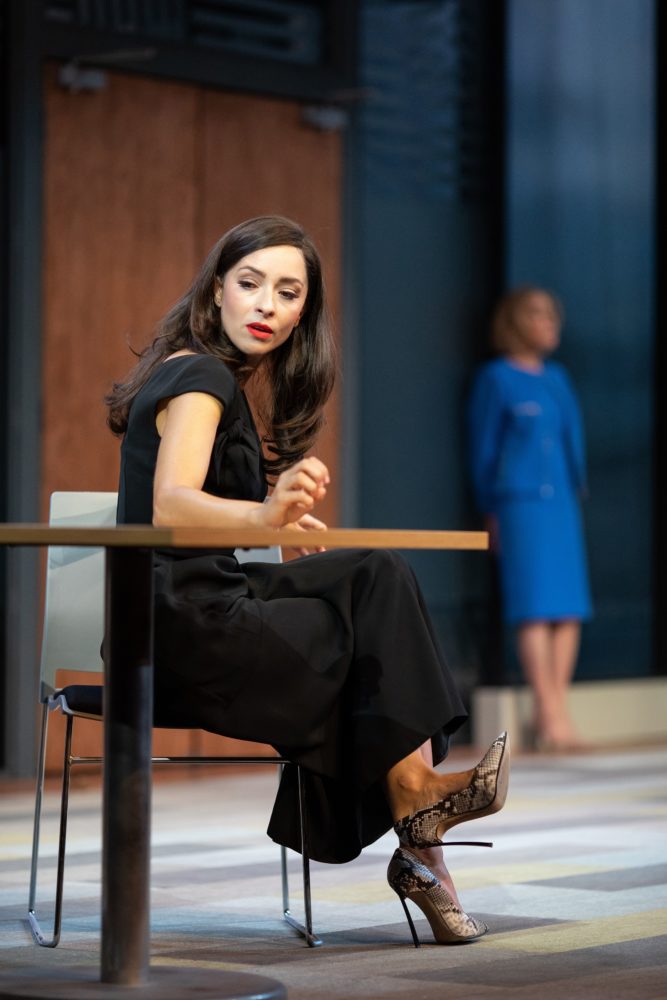 Sophia is tough as old boots (maybe Melania is too). And we learn halfway through that this is in no small part due to a brutal assault she suffered in childhood. Writer Nancy Harris has an eye on the current ‘me too’ controversy, and the many instances of powerful men abusing that power, to take what they want from women.

So far so good, but then things start getting a little too whimsical. As we take an improbable turn, it soon becomes clear that Nancy Harris is herself one of the “Melania blink twice” brigade.

The Bridge Theatre opened just south of Tower Bridge nearly two years ago. It is spearheaded by Nick Starr and acclaimed theatre Director Nicholas Hytner. They have achieved much since opening and it is wonderful that they give a stage to new writing like this. Worth seeing.