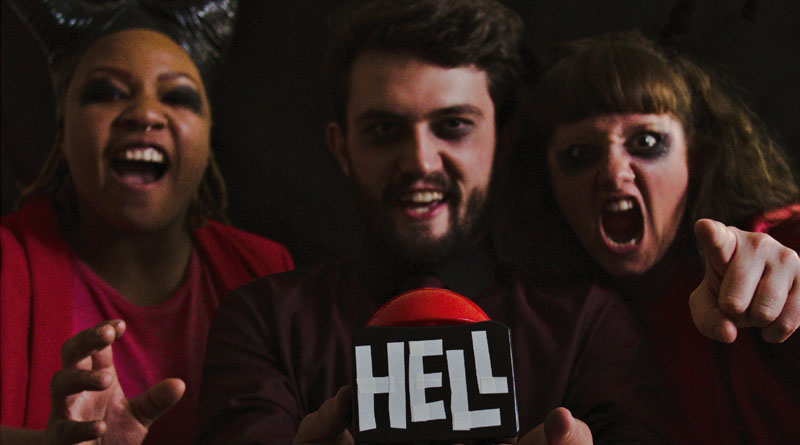 There is always something special about bringing a show to Greenwich that has a special resonance with the area. Whether it is watching European Arts Company’s staging of Dickens performing A Christmas Carol in the knowledge that the author did just that in Greenwich, or hosting the world premiere of Rolemop Theatre’s version of Conrad’s A Secret Agent which culminates in an explosion in Greenwich Park, presenting theatre with a link to the local area always adds to the experience for an audience.

In January, that sense of heightened relevance will return when Splendid Productions present their take on Marlowe’s Doctor Faustus. I firmly believe, in the centuries that followed his death, that had he not been murdered at the age of 29 leaving only a handful of plays to posterity, Christopher Marlowe would have equalled or even eclipsed his close contemporary William Shakespeare (they were born in the same year). However, that was not to be. On 30 May 1593 Marlowe was murdered in Deptford – whether in a fight over a bill for drinks, in an assassination attempt brought on by his work as a spy or for another reason we will likely never know – and he is now buried nearby in St Nicholas churchyard.

Doctor Faustus is probably Marlowe’s most famous work, telling the story of a man who sells his soul to the devil in return for a period of unrivalled power and prosperity during his time on earth. The story has been told countless times, both before and after Marlowe’s play, so Ben Hales, associate director of Splendid, explained their particular take on the tale to me.

“Our version of the story is told by a chorus of three devils, who take on all the roles between them (and play the live music, dance, sing and even perform one or two amazing illusions). It’s a huge task for our talented cast, Grace Goulding, Tanya Muchanyuka and Nick Crosbie. This is a story that includes all-powerful supernatural devils, embittered servants, emperors, dukes and knights, towns full of medieval Germans, and the world’s poorest man, alongside the central character of Faustus, who has to convey an extraordinary range of emotion from euphoric delight to deepest despair – sometimes all of this in the space of a scene. Splendid’s style uses very little set, costume and props, and relies heavily on the actors’ skill in changing character, scene and atmosphere right in front of the audience’s eyes.”

Marlowe would have recognised a lot about the way that Splendid make theatre, according to Hales. “This kind of performance-centred theatre would have been very familiar to him. In the Elizabethan era theatre was a rowdy business in an inn courtyard, where the actors had to command a beery audience’s attention with the power of their words, their personalities, and the occasional firework. Marlowe’s Doctor Faustus is as much a crowd-pleasing comedy spectacle as it is a tragic morality play, and we’ve been working hard to make sure our version brings out both sides of this brilliant story.”

Comedy or tragedy, it is tempting to look for parallels between the lives of Faustus and Marlowe. The bored playwright who wanted more and became a secret agent, only to meet an untimely death? Or the angry playwright who wouldn’t pay his bill at the bar and got a deadly comeuppance? Whatever the truth of the tragic events of 1593, Marlowe has a special importance for local audiences and Splendid’s visit in January will be all the more special because of it.