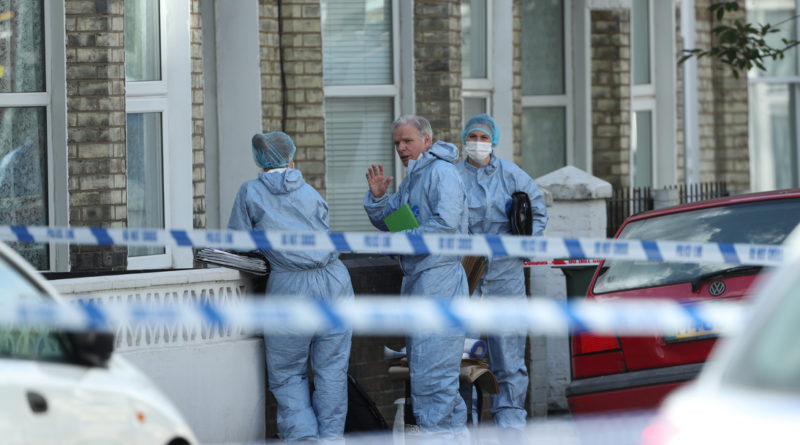 A murder investigation has been launched after an 18-year-old man was found with fatal stab injuries in Lambeth.

Police were called to Corrance Road, Brixton, shortly before 2pm today, Thursday, 15 August, to reports of a stabbing.

Officers and paramedics found an 18-year-old man with stab injuries. Despite the efforts of paramedics, he was pronounced dead at 2.41pm. He has since been named as Solomon Small.

DI Dave Blair said: “A young man’s life has been taken so suddenly and in broad daylight.

“Our officers continue to support the family, who understandably are still coming to terms with the shock of losing their loved one in such a brutal attack. They request at this time to be allowed to grieve in privacy. We will work tirelessly to catch those responsible and bring them to justice.”

Any witnesses or anyone with any information is asked to call police on 101 quoting CAD 3821/15aug or Tweet MetCC.

If you have information about this, or any other crime or incident, or information about someone you suspect to be carrying a weapon and you do not want to speak to police, please contact the independent charity Crimestoppers on 0800 555 111 or by visiting their website https://crimestoppers-uk.org/. It is 100 per cent anonymous. They never ask your name and cannot trace your call or IP address.

Any young people who have either information about violence or knife crime, can visit www.fearless.orgwhere they can pass on information anonymously – your I.P address will not be traced. Fearless is part of the Crimestoppers charity, and is also independent of the police.

A 17-year-old was arrested soon after the stabbing and later released on bail to reappear next month.