Ted Cheeseman has endured a tough 2019 but he is convinced that things change for the better on Saturday night.

Bermondsey’s British super-welterweight champion, 24, puts his title on the line against mandatory challenger Scott Fitzgerald at the Newcastle Arena.

Cheeseman suffered a first professional loss in February as he challenged classy European champion Sergio Garcia and then revealed a gambling addiction which he estimates has cost him more than £1million.

The South Londoner (15-1-1) followed up those setbacks with a split decision draw against Kieron Conway in June when he made a first defence of his domestic crown.

Preston’s Fitzgerald (13-0) has not boxed since March when he won a split decision over Anthony Fowler in a grudge match for the vacant WBA international belt.

Asked if he was surprised that Fitzgerald had not fought again and built momentum following a career-best result, Cheeseman said: “I think it’s known with his nickname of ‘The Mad Man’ that he is a bit of a bad liver outside of the ring.

“He has probably done a lot of partying. He needs to have a fight that will count to train for it and Brian Rose [who he pulled out of fighting in June citing a hand injury] is not big enough to get up for it. Fighting me for the British title was big enough to get in camp and be up for it.

“His win against Fowler was his standout. Fowler then beat Rose on points. When I beat Carson Jones everyone slagged him off and said he was a journeyman – but he knocked out Rose in one round.

“Fowler doesn’t punch and couldn’t knock him out. So that win over Fowler flatters Scott Fitzgerald.

“Before Fitzgerald fought Fowler he had a few bad performances but that was a big grudge match, he trained really hard.

“This is different. There is no grudge there, it’s more of a gentlemen’s fight. We haven’t really got a problem with each other. It’s business. He wants the British title, he’s my mandatory for the belt and I’ve got to show what I can do, turn things around.

Cheeseman has had a 14-week training camp. 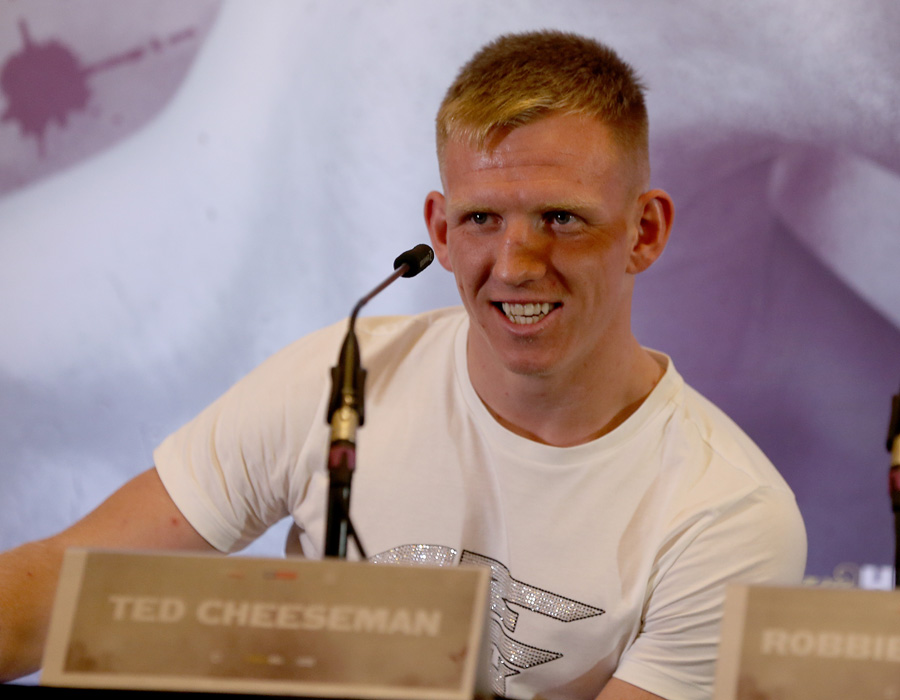 “It’s a massive fight for me but every fight in the last two years has been a big fight,” he said. “I’ve had a tough year – a lot has gone wrong – and this is my time to shine and prove critics wrong.”

Cheeseman has dismissed any notion that he failed to get up for Conway. One judge scored it a 114-114 draw with the other two picking each fighter.

“I believe I beat him eight rounds to four,” said Cheeseman. “That’s done now – I’m in the same position as what I would have been if I’d won, that’s the main thing.

“People don’t realise the experience I got from the Garcia and Conway fights all builds up for this one. Fitzgerald is a different fight. Conway was a massive bloody lump, a middleweight who is six foot with gangly arms and is an awkward boxer. He was all wrong for my style, but I still feel I won clearly enough.

“The pundits thought I won, Eddie Hearn [the promoter] thought I won and Conway told me in the ring that I won.

“A lot of people would have jacked it in but I ain’t doing that. I’ve knuckled down and pushed on.

“I’ve had no distractions. I’ve dedicated myself. I’ve got a little boy [eight-month old Ted] who I enjoy being with and he helps me stay focused, because this is for him as well as me. I can’t be foolish no more.

“I was in one paper at the start of the year as the number one prospect in Britain. Things weren’t right outside of boxing but I took a risk [challenging Garcia]. I got outboxed but was still in there at the end trying to get him out of there.

“I can 90 per cent guarantee he [Garcia] will be a world champion and if Conway fought Fowler you’d see what happened. When those things happen then I’ll get credit.

“I’m in a great head space for this one.”

Fitzgerald and Fowler were both physically expended going into the closing stages of their 10-rounder.

This time the challenger could have to do another six minutes on top of that, with Cheeseman always forcing a testing pace.

“You can spar the rounds but until you do it on the night then it is a concern,” said Cheeseman. “I remember in my first 12-rounder I was conserving my energy.

“Once you have done it you don’t need to do that so much.

“I’m confident and my team are confident. I can’t wait to do the business and then be so happy next week and say: ‘I told you so’.”