A year from now, The Hundred will be installed as the flagship domestic tournament – at least in the eyes of the England and Wales Cricket Board.

But, right now, it’s the Vitality Blast that causes ticketing sites to crash (and that was before England won the World Cup). It’s been seven years since a team from the South Division won the domestic T20, but if that’s long overdue then what about a second T20 title for Surrey?

The South Londoners won the inaugural Twenty20 Cup in 2003 and, once again, look great on paper. But as we have seen in the other two competitions this summer – with the Oval outfit chalking up just three victories in total – cricket is not played on paper. It would be boring if it was.

Varun Chopra is one of the most consistent run-makers in white-ball cricket, but the likes of Ravi Bopara, Cameron Delport, Dan Lawrence and Tom Westley invariably flatter to deceive. Bopara, a veteran of 171 appearances for England, even failed to make a half-century in last summer’s Blast. So, yet again, it will all come down to what Essex do with the ball – which is where they have gone ‘all in’ with their overseas signings. Of the two Mohammad Amir had a far more memorable World Cup. Adam Zampa appeared in just four WC matches, and only took two wickets at an average of 88.00 in his last three. 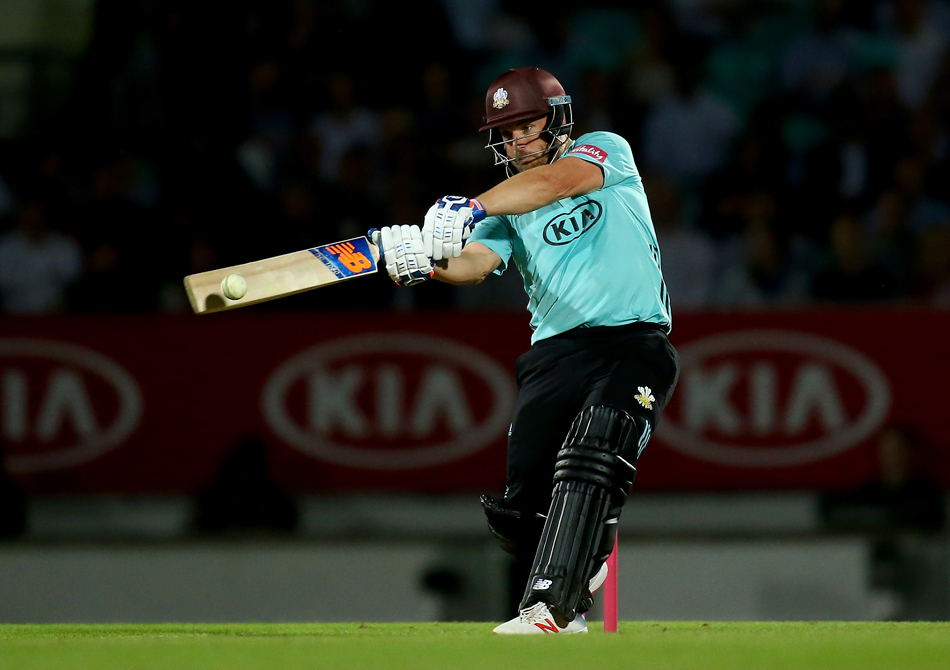 Australia’s Shaun Marsh had been lined-up, along with his brother, to continue Glamorgan’s resurgence this season. But Mitchell Marsh now looks likely to make the Aussie’s Ashes Test squad and Shaun is sidelined with a broken arm. The Welshmen have therefore dialled up Pakistan’s Fakhar Zaman to augment the run-making of skipper Colin Ingram, Billy Root (the younger sibling of England skipper Joe) and keeper-batsman Chris Cooke. The bowling looks wanting, however. Glamorgan’s most economical bowler in last year’s Blast was seamer Ruaidhri Smith, who conceded 7.50 per over.

The Bristolians’ trump card is that everyone under-estimates them – like in their Royal London clash with Surrey at the start of the season, when they skittled out the Oval outfit for just 88. The Aussie duo of Michael Klinger and Andrew Tye are back to sprinkle some gold dust, though; Klinger with the bat, abetted by the likes of Jack Taylor, and Tye with the ball. The key to reaching the quarter-finals for a third time in three years will be the ability of David Payne and the dibbly-dobbly duo of Ryan Higgins and Benny Howell giving the batters sub-200 totals to chase down. 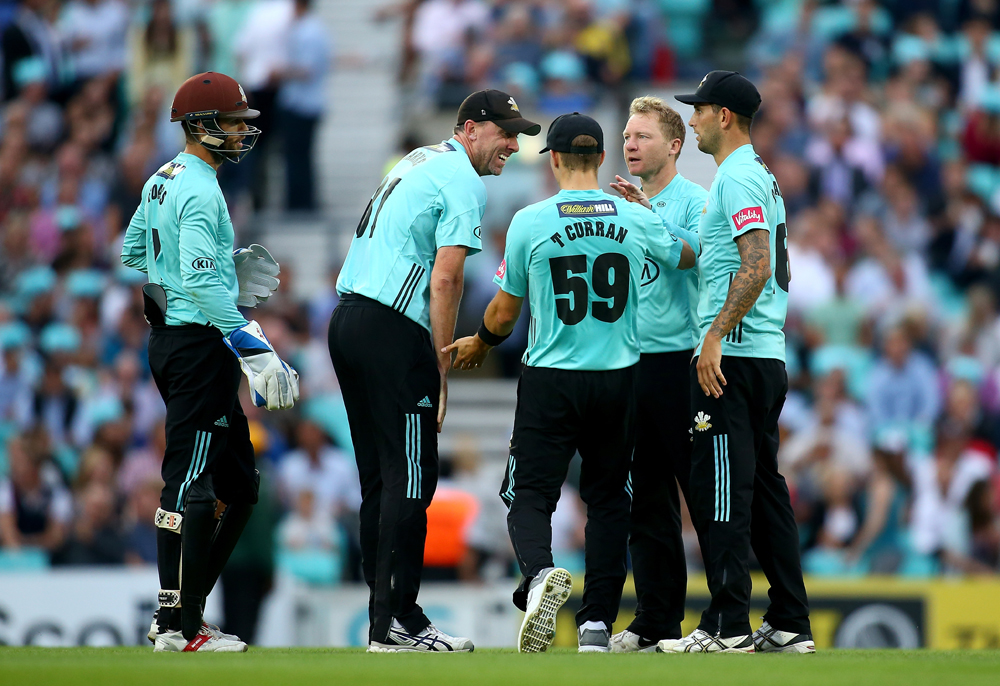 Gone are the days, it would seem, when Hampshire were shoe-ins to reach the last four. They graced finals day every year between 2010 and 2015, winning the title twice. But, at the time of writing, they’re the only team in Surrey’s division with just the one overseas player. On his day, Chris Morris can turn a game on its head with bat and ball; as can James Fuller, who was an integral T20 player for Middlesex last season. Slow left-armer Liam Dawson and fellow southpaw, seamer Chris Wood, are white-ball experts. The concern is that no one averaged more than 26 with the bat in 2018.

If one man is capable of single-handedly catapulting his side into the last eight of the Blast it’s Joe Denly, who hit 409 runs at an average of 37.18 and took 20 wickets at 16.75 with his leg-spin last year. Should Kent make the quarters for only the fourth time in 10 attempts, how much further can they go; especially in the absence of keeper-batsman Sam Billings, who is out for most of the season due to a dislocated left shoulder? But if a bowling attack that has never really played together before gels instantly, the Spitfires could really surprise a few people.

Last season, the north Londoners looked to Paul Stirling and Dawid Malan to start the innings with a bang; but now they’ll have AB De Villiers, one of the most explosive batsmen in Twenty20 cricket, to come in at three. In the last two years alone, De Villiers has scored 2,143 T20 runs at an average of 48.70. If England’s World Cup-winning captain Eoin Morgan features regularly and Max Holden exchanges potential for performance, Middlesex won’t have to worry about where the runs are coming from. The key will be bowling sides out, which could come down to the spin duo of Nathan Sowter and Mujeeb Ur Rahman. 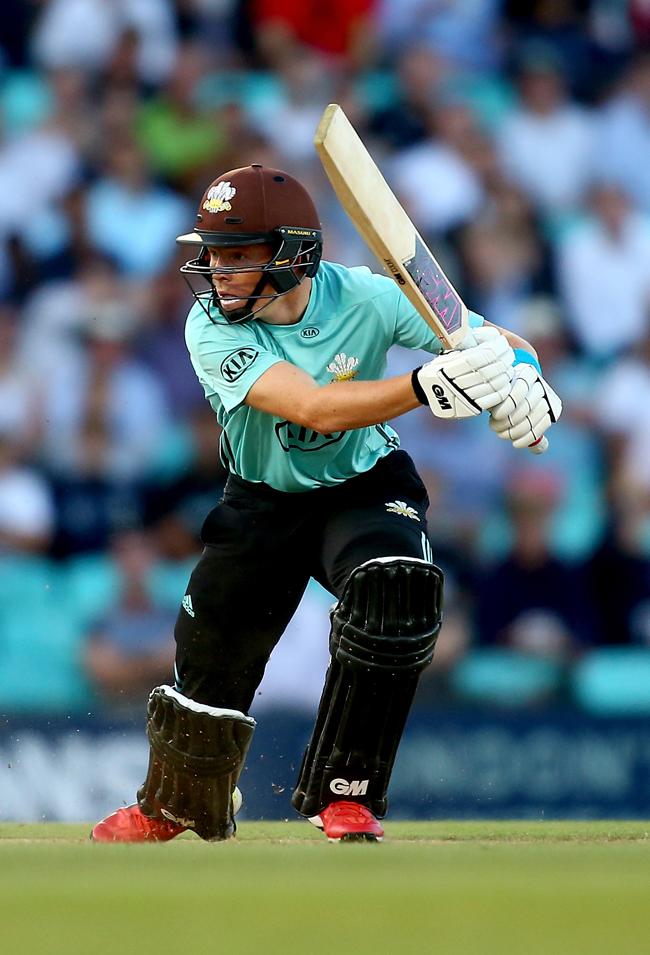 The Championship leaders until recently and winners of the 50-over Royal London look great value at 11-1. Captain and all-rounder Lewis Gregory – who had a strike rate of 202.46 last term – is in the form of his life. Tom Banton is a potential star, if his 50-over batting form is anything to go by, and Roelof van der Merwe is the ultimate utility player. Jamie Overton and Jerome Taylor took a combined 46 wickets in last summer’s Blast, helped in no small part by the likes of Abell and Waller taking catches for fun. And don’t forget Babar Azam, whose career batting average in T20 cricket (40.63) is the best in the world right now.

Despite Aaron Finch averaging 147.25 at the top of the order last term, Surrey failed to qualify for the knockout phase for the ninth time in 12 seasons. If Jason Roy makes the transition to Test cricketer, Finch will turn to Will Jacks for support; backed by Sam Curran – fresh from hitting a half-century and taking 6-95 for England Lions against Australia A – and an engine room consisting of all-rounders Jordan Clark (who averaged 47.75 with the bat for Lancashire last year) and Rikki Clarke (47.00 for Surrey in 2018). The bowling looks good too. Tom Curran, one the stars of last winter’s Big Bash down under, and South African leg-spinner Imran Tahir, in particular, should do more than keep opposing batsmen honest.

Runners-up in 2018, the Sharks seem almost guaranteed to rack-up big scores with the likes of Luke Wright, Laurie Evans – the leading run-scorer in last year’s tournament, with 614 at an average of 68.22 – and Aussie keeper-batsman Alex Carey in their top five. But, apart from spin twins Rashid Khan and Danny Briggs, the bowling could be an issue. Sussex could really do with England’s World Cup ‘super over’ hero Jofra Archer being overlooked for the Ashes, and fellow seamers Chris Jordan, Tymal Mills and Reece Topley shaking off injuries.