Surrey captain Rory Burns felt the defending champions came away from their draw in the season’s curtain-raiser against Essex with some areas to work on.

The 28-year-old made 31 and a match-saving 98 in their Division One opener at the Kia Oval.

Surrey are now in One-Day Cup action until the middle of May.

England opener Burns said: “We were good in patches and slightly off it in patches, but a hard-fought draw over four days against a good Essex side, now we can move forward

“There wasn’t masses there for the bowlers.

“At points we got it right with the ball and built pressure, but on a wicket that wasn’t offering a great deal you’ve got to get it right more often than not.

“There were points there where Essex got away a bit and batted quite freely, scoring at four an over, so that’s obviously an area for improvement. 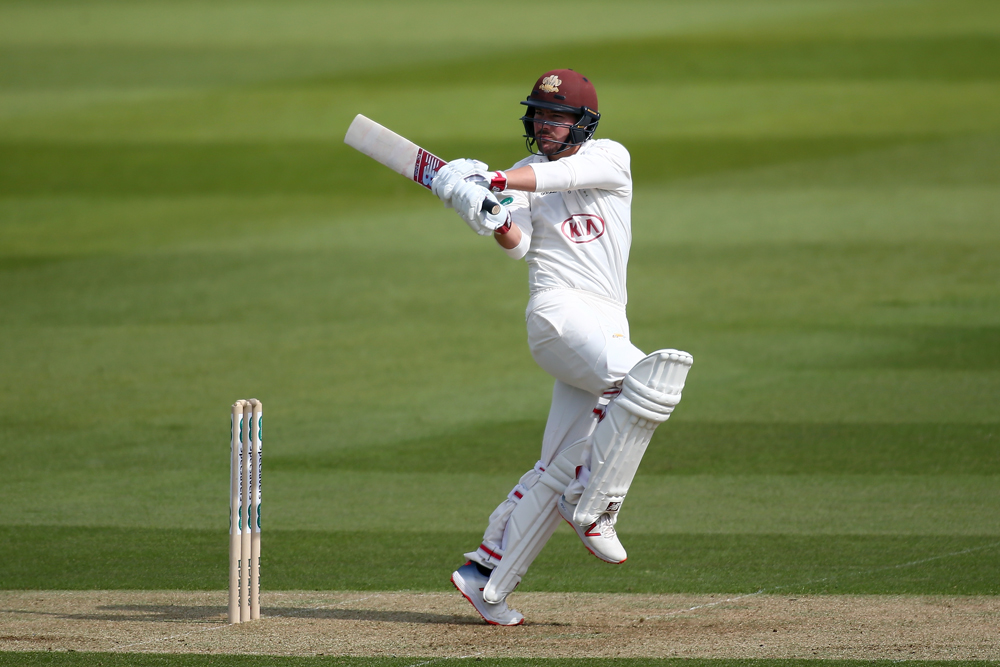 “TC [Tom Curran], in particular, kept running in, as he always does. He’s always in there nagging away at off-stump. That was the way to go in that game, but, again, while I was proud of all the boys’ efforts, it was a slightly indifferent performance.”

After conceding a first innings deficit of 53, Burns added there was never any realistic chance of throwing the game open on the fourth day, by giving Essex a target to chase down.

“It was always going to be a case of batting out the last day.

“We felt with the heavy roller going on the pitch a couple of times, it just deadened it out and it was a pretty flat wicket, so we didn’t want to offer them up too much.”

Burns was, however, delighted for 21-year-old Ryan Patel, who compiled a maiden first-class hundred, and 20-year-old Will Jacks, who weighed in with scores of 88 and 54.

“They might not have expected to play in the first game a month ago, but they’ve both come in, taken their opportunities and really thrown their names into the hat,” said Burns.

“The way Pat [Patel] went about it, he really dug in and that partnership of 151 in the first innings, between him and Jacksy [Jacks] was outstanding. I was really proud of both of them.”

As for his own form, the left-hander admits there are a few cobwebs.

“I’m not feeling at my fluent best at the minute,” he said. “I feel slightly similar to this time last year – a little bit indifferent. Sometimes I click and sometimes I don’t.

“Against Essex, I scrapped away and managed to get a couple of scores, which was nice, but I would have liked a big one.

“If you bat time out in the middle, and keep doing it, at some stage you’re going to play yourself into a bit of nick. That’s what I managed to do last year, so hopefully it’ll be the same this year.

“I came back from Dubai with a bit of fever and flu and then that turned into tonsillitis.

“I wasn’t alone. I think it was a combination of planes, travel and dust storms. The sand really got up your nose and in your mouth, but most of us are over it now.”

Looking ahead to the remainder of this summer’s campaign, Burns said: “We’ve got a strong squad and a squad that covers most bases. Hopefully all the boys will stay fit.

I think we’ve got a squad here that covers it. So, it’s just about doing what we do well in game situations, and to keep executing.

“That’s what we’ll take away from the draw against Essex.

“From a bowling standpoint we’ll have to be smart there in terms of rotating those boys.

“In terms of the batting, Jase [Jason Roy] and Scotty [Scott Borthwick] both missed the game due to injury, which was a bit disappointing, so we’ll have to assess them as we go forward.

“We know how we want to go about our cricket and what we are trying to execute, but the fact that we’ve got a formula there is something to hold on to. So, when guys come in, like Jacksy and Pat, they have to come in and acquit themselves well.”

On his first taste of international cricket over the winter, Burns said: “I felt very comfortable in the environment and in terms of the bowling I was facing at that level.

“That was a good seam attack, in the West Indies, on some tricky surfaces, so I actually felt I coped with it pretty well without getting the scores I wanted.

“Winning one Test series and losing another – we’d obviously have liked to have won both. But from a personal standpoint I actually felt pretty good.

“I should probably have cashed in a couple of times, but that’s the nature of cricket.”