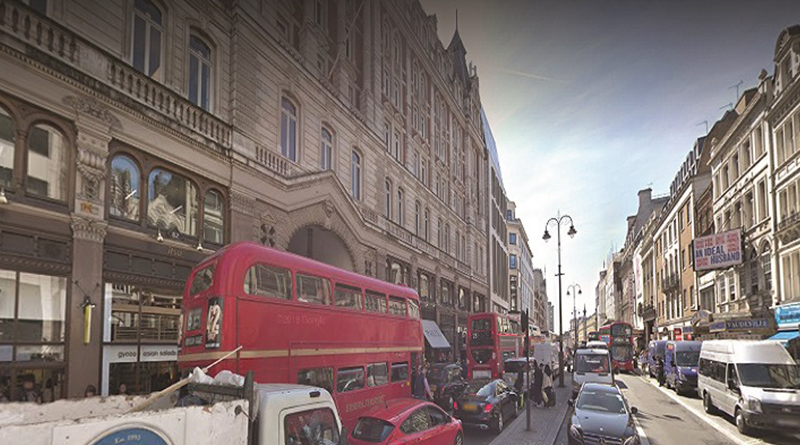 As an iconic gateway to the West End, the area is home to a large number of cultural, educational, and creative institutions and many businesses with established residential neighbourhoods nearby.

But the area also suffers from significant downsides – poor public spaces and safety, traffic congestion and air quality issues – which means those who live, work or visit can get a poor experience.

The zone is famous for its cultural and arts centres like The Courtauld Institute and Somerset House.

King’s College London and the High Commissions of India and Australia are prominent, while famous landmarks like the Savoy Hotel and the Aldwych and Novello theatres are also well-established features of a bustling area.

Westminster council has been working with organisations over many years to develop proposals, including with the Northbank Business Improvement District, to address the challenges.

Together, they aim to create what they say can become a “world-class destination” – backed by £28million of council investment.

The key improvements would include:

A six-week consultation was held earlier this year seeking views on potential designs for the area.

They showed that 73 per cent are broadly in favour of the objectives, with 55 per cent of the 1,424 who responded expressing strong support.

The most common reasons cited for supporting the plans related to the proposals to address air quality, support for doing more for cyclists and improvements for pedestrians.

The most common concerns related to traffic, especially worries that plans would increase congestion elsewhere, cyclist safety and air quality.

Following the consultation results, detailed design work will take place during the summer ahead of a further test of public opinion scheduled for early next year.

“This historic gateway into the West End is home to some of the capital’s most famous cultural and academic institutions, as well as a major leisure destination in its own right with landmark theatres, hotels and other attractions and needs to be dramatically improved.

“We are using all the detailed feedback we have received to inform the much more detailed design work that will take place through the summer and autumn, ahead of a further public engagement planned early next year.

“We look forward to continuing to work with local groups to make sure we can deliver a world-class scheme that benefits Westminster and London for many years to come.”

Ruth Duston, chief executive of The Northbank Business Improvement District, said: “We are proudly working with Westminster on this vital project.

“The proposals will deliver a significant transformation for The Northbank, helping to cement the area’s growing reputation as a leisure hub, with better access and connectivity, a more pleasant environment and the creation of a major new public space in the heart of the capital.”