Gary Rowett’s first return to the bet365 Stadium ended in frustration, as 10-man Millwall could only muster a point against Stoke City, ending the Lions’ perfect start to 2020.

Despite extending the current record to just one loss in 13, it was an uncharacteristic showing from the SE16 outfit, who struggled to pose any real threat and finished the game a man down – Shaun Williams received a straight red for his dangerous tackle on Liam Lindsay.

After Tyrese Campbell went close for Stoke, Tom Bradshaw ran at the Stoke backline and forced a great diving save from ex-England stopper Jack Butland.

The Lions invaded the Potters box a second time on the half-hour mark, Murray Wallace escaping to the by-line, only for Butland to parry away his cut-back. 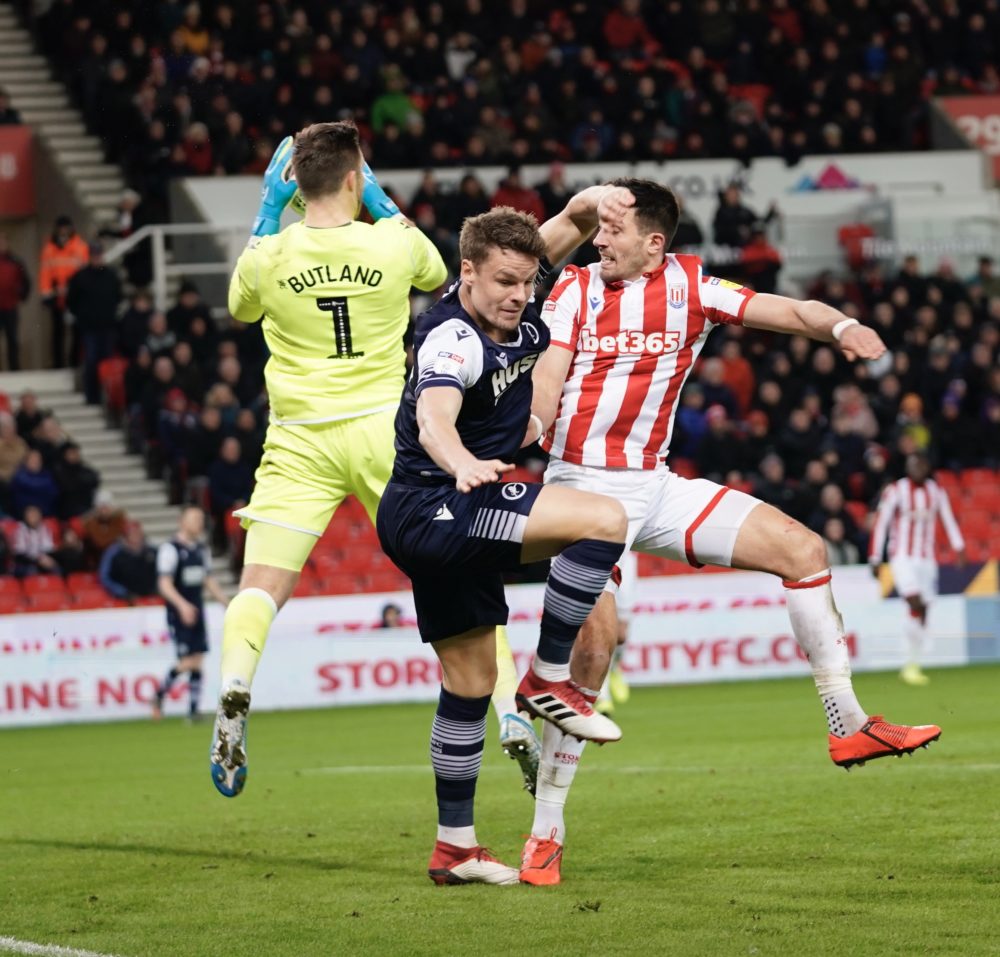 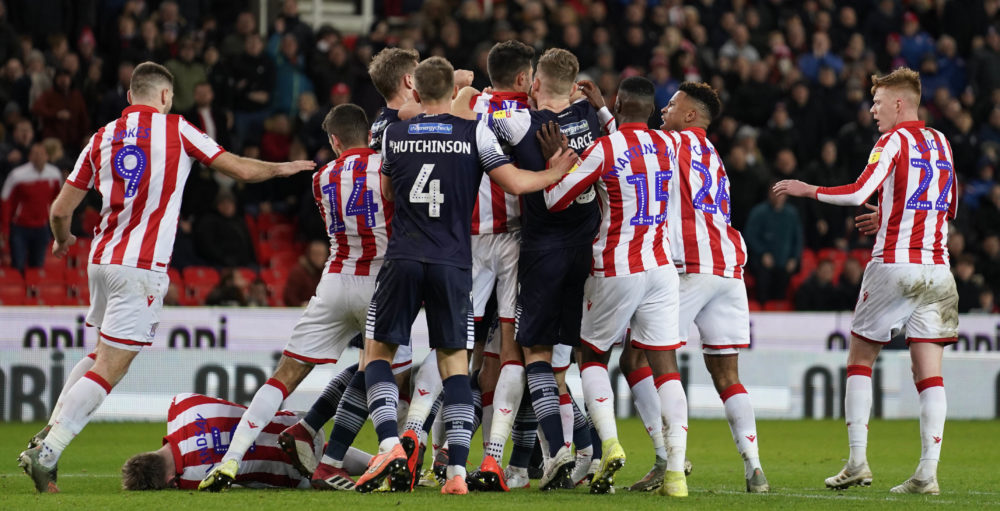 This looked to have sparked life into the visitors; Mahlon Romeo stretched his legs down the right and forced another sharp save from the home keeper.

But Stoke continued their dominance and Sam Vokes squandered two great chances to put the Potters ahead, before Nick Powell drilled over the bar early in the second half.

The Potters had Bartosz Bialkowski beaten after 65 minutes – the keeper punched Joe Allen’s cross out to Tyrese Campbell whose header was cleared off the line by Alex Pearce.

After Jake Cooper had his goal-bound header denied in Millwall’s only glimmer after the interval, emotions boiled over as Williams saw red for jumping into Lindsay late on. 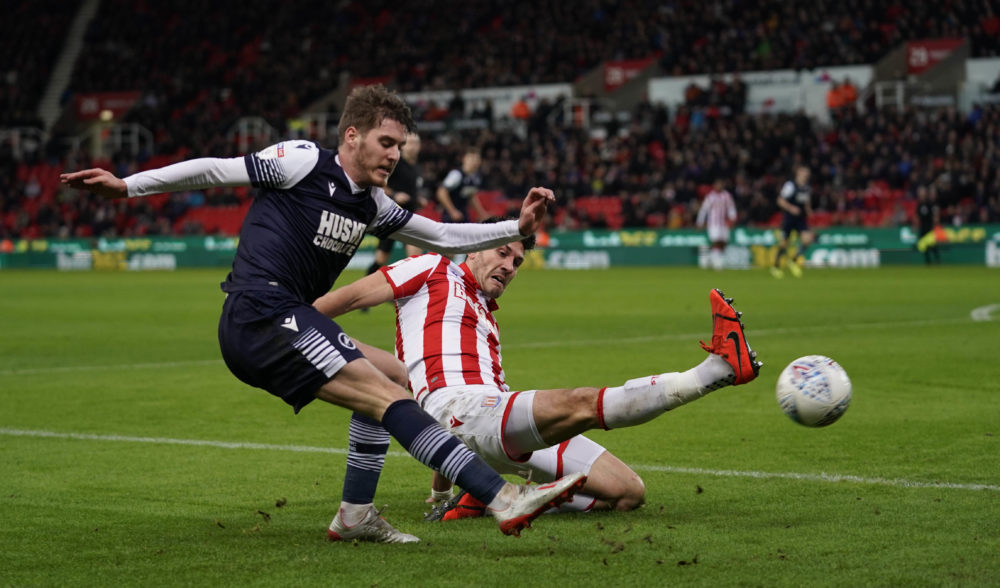