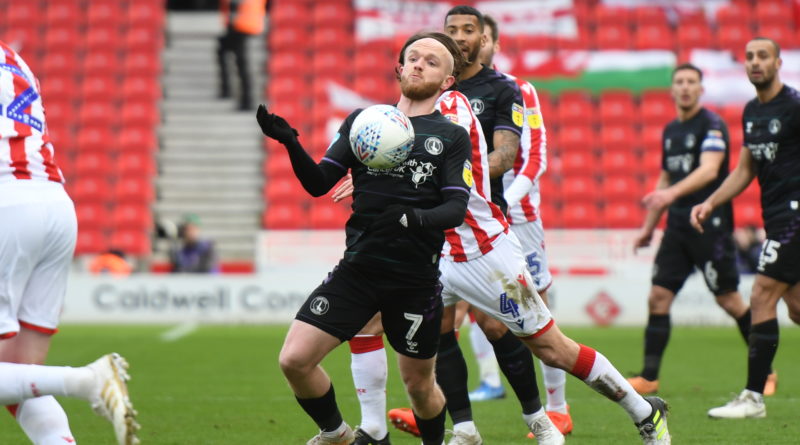 Stoke leapfrogged Charlton at the wrong end of the Championship table after a comfortable home win at the bet365 Stadium.

The Potters had the lead midway through the first period thanks to a tap-in from James McClean, before Charlton levelled against the run of play just before the break through Ben Purrington.

But Stoke edged back ahead shortly after the restart after Tom Ince fired home, with Nick Powell adding a third on 66 minutes.

The South Londoners  sit just one place above the Championship drop-zone, still four points above Wigan after their home defeat against Preston this lunchtime.

The hosts took the game to Charlton from the off. Former Swansea man Sam Clucas saw a shot charged down by Tom Lockyer after a marauding run forward from McClean in the opening exchanges.

The Addicks were seldom out of their own half in the first period. Skipper Jason Pearce floated a header over from a corner on a rare foray forward but it was some slack defending from a set-piece at the other end that saw the hosts break the deadlock.

Clucas’ deep free-kick was headed back across the face of goal, where McClean was unmarked to sidefoot into an empty goal on 28 minutes.

Lee Bowyer’s side were struggling to make their mark on the contest as the hosts dominated possession – so it came as a real surprise as the South Londoners drew level on the stroke of half-time.

Josh Cullen and Andre Green worked a smart one-two down the right, with the latter swinging in a superb low cross for Purrington to volley home – although there was some suggestion that Stoke’s Tommy Smith may have got the final touch.

The 1,934 travelling supporters may have hoped that goal would give their side a lift, but they fell behind again within two minutes of the restart.

Joe Allen slipped Ince away inside the Addicks area, with the former Blackpool man slotting beyond Dillon Phillips. There seemed to be more than a hint of offside in the build up but the flag stayed down as the hosts restored their lead.

The visitors nearly levelled again as Pearce met another corner at the other end – Lyle Taylor just unable to add a telling touch to divert the ball beyond Butland – with the game then killed off 25 minutes from time.

Michael O’Neill’s side worked their way down the Addicks left, with Powell managing to get in front of Lockyer to lift a low cross into the roof of the net and finish the Addicks off.