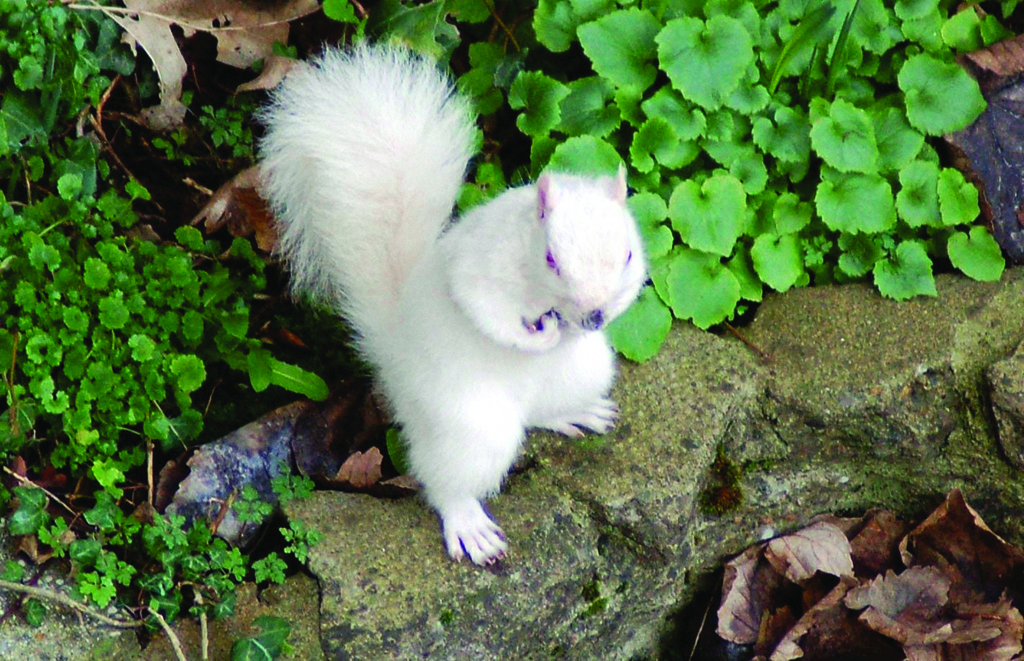 The best way to lure a timid one out into the open used to be to climb up a tree and act like a nut.
But the fluffy-tailed rodents seem to have got more sophisticated.

One very conspicuous member of the species last week showed more of an affinity for cake and cornflakes.

The albino squirrel of North Dulwich proved a tough cookie when it came to capturing him on camera. So resident Simon Pimblett tried baking and breakfast cereal to capture his money shot – and the more conventional bird seed.

Now the 53-year-old father of two is having a dose of fame after his family’s garden became the
occasional home of a rarely-sighted white one. 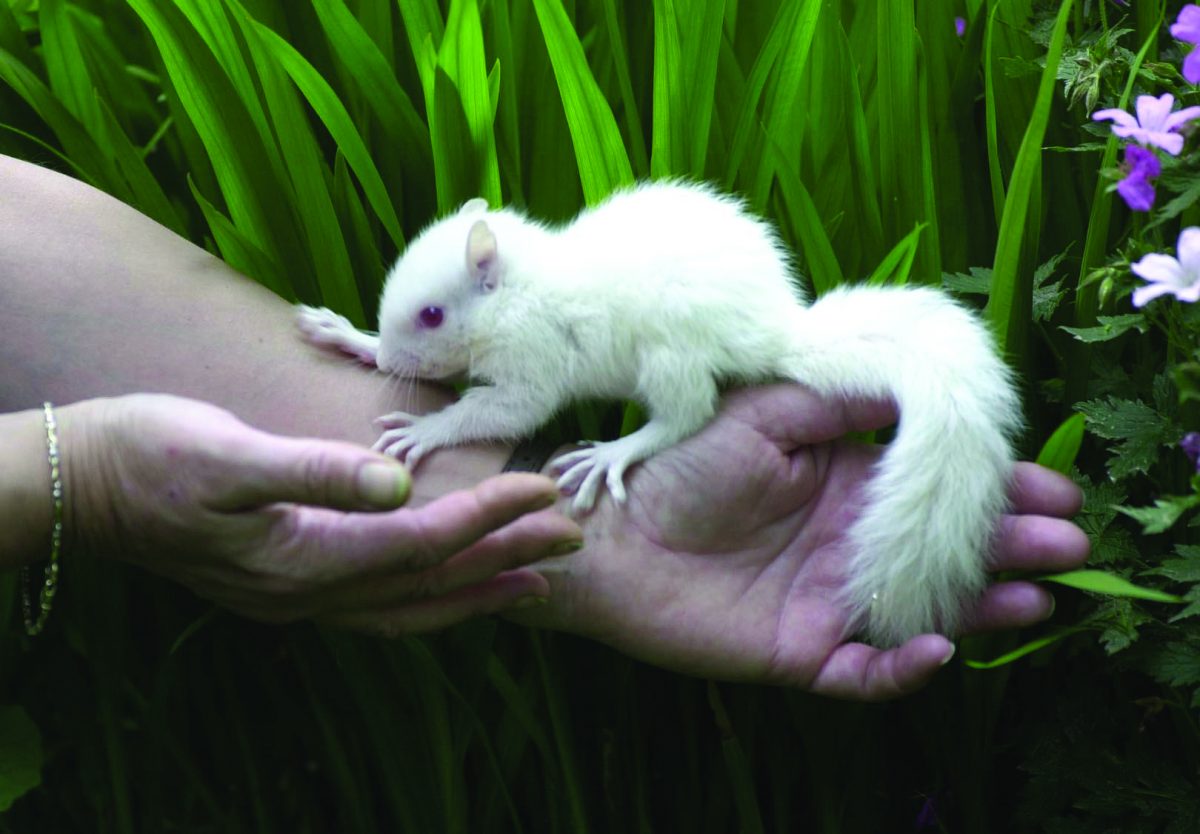 The squirrel, believed to be female, was fleetingly witnessed by his wife Caroline, 54, in their garden a fortnight ago.

But it took Simon two weeks to capture the creature on his Nikon D3 camera. Then newspapers across the UK splashed his pictures across their pages.

Now he gets called “Squirrel Man” around the office.

Simon was sceptical at first after his wife told him about the sighting.

The father-of-two said:  “I didn’t believe her until she caught a clip on her phone. After that, I was
determined to get a photograph on my own camera “But she was so timid whenever she came into the
garden that I really struggled to get one before she ran away.

“From time to time we would catch a glimpse of her in the garden but it was not until Saturday that I managed to get the picture. 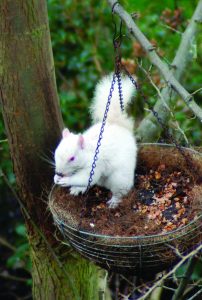 “I think it must be on a bit of a circuit around here – our neighbour has seen it too.

“I think now that it knows there is food in our garden, it will be happy to come and try to get some more.

“I think she hung around due to the colder weather.

“We get a lot of garden animals around at this time of year which is surprising really living in an urban area – but you actually get more wildlife than you expect.”

This albino squirrel seemed more timid and nervous than grey squirrels, he thought – hence the need for foodstuffs better suited to an episode of the Great British Bake-off. He said: “The grey squirrels we get are very bold and they’ve learned to live around humans.

“The white one is much more timid and nervous – that’s why it’s taken a fortnight for it come into the garden.”

But Simon’s burst of fame has not been so popular in his house.

“I have two adult children and they are very happy with the pictures but they tend to think anything about dad in the press is unbearably sad,” he said. “But they do really love the squirrel.”

The odds are against this individual being the same as one spotted in nearby Peckham in 2003. Grey squirrels live on average for little more than a year.

This one, though, might be an indication of what long-term ingestion of white powder can do – the South London Press revealed in 2005 that squirrels were going nuts on crack cocaine in Brixton because dealers had started burying their stashes in nearby parks in response to a police “crackdown”.

The odds against a pure white albino squirrel being born are one in 100,000, according to wildlife experts.

Albinism is caused by a mutation on a rare gene that codes pigmentation.

Have you seen an albino squirrel scavenging for their dinner in your garden? – Do send us your pictures, videos and stories to toby@slpmedia.co.uk