A teenager has been honoured after putting a new spin on an old 90s classic to help raise awareness of stem cell donation.

­Arabella Greve, 16, wrote a guide for 11-15 year olds called ‘Search for the Hero Inside Your Cells’ to educate young people and challenge misconceptions around donating.

Now the Southbank International School student is set to be recognised for her work having been shortlisted for a gong at this year’s Anthony Nolan Supporter Awards. She will hear tonight, November 28, whether she has won the award, in a special ceremony at the Tower of London attended by MPs and celebs.

Arabella was inspired to write the guide after learning about a 2-year old who lost her fight against blood cancer. She then published her guide on Team Margot’s website – the charity run by the little girl’s family.

Arabella said: “I realised I had an opportunity to do something incredible. If you have more people signing up to the register when they turn 16, they are available to save lives for much longer.” 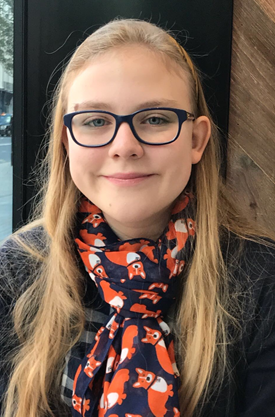 This month marks the seventh year of the awards which aims to recognise the achievements of volunteers, fundraisers and campaigners.

The awards take place at the Tower of London on 28 November and will be attended by MPs and celebs.

Arabella is in the running for the John Petchey Young Hero of the Year Award which recognises the efforts of young supporters in the fight against blood cancer.

Anthony Nolan chief executive, Henny Braund, said: “It is remarkable to see how many people support our work to find a match for those in need of a stem cell transplant. Without them, none of our life-saving work would be possible.

“Arabella has shown tremendous commitment to Anthony Nolan by continuing to raise vital awareness of the need for young potential stem cell donors on the register.”

Stem cell transplants are given to grow healthy red and white blood cells in patients with conditions affecting their bone marrow or blood.

Around 2,000 people in the UK need a transplant every year. But there is a lack of stem cell donations from young men and Black, Asian and minority ethnic backgrounds as only 20% of BAME recipients receive the best match.