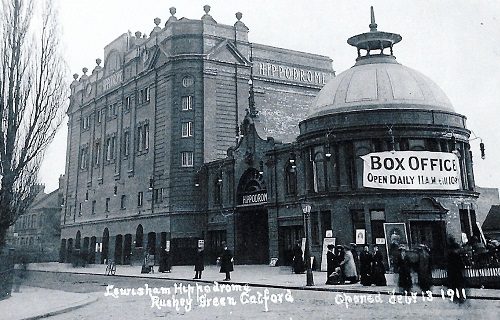 In 1984 I was aware of the achievements of the jazz legend Adelaide Hall when it was announced that she was coming to South London.

She was to give a performance of her one-woman show in a jazz festival at St Matthew’s Meeting Place in Brixton and she was terrific.

She also persuaded the audience to join her in several “singalong” numbers including Ralph McTell’s Streets of London.

As far as I was aware, no other singer took such an artistic risk. At St Matthew’s Meeting place she lit up the stage, enjoyed a wonderful rapport with the audience and received a standing ovation.

Afterwards, I visited her in her dressing-room and she happily granted my request for an autograph.

By the time I attended her 90th birthday tribute at the Queen Elizabeth Hall on London’s South Bank in 1991, we had become friends.

In private, Adelaide was down to earth, warm and friendly.

We often talked about collaborating on a book about her eventful life and career, but it was not until after she had passed away in 1993 that I realised my ambition to publish Sophisticated Lady: A Celebration of Adelaide Hall.

Adelaide was born in New York but she made Europe her home in the 1930s.

The first stop was Paris where she opened a popular nightclub with her Trinidadian husband Bertram Hicks but, with the threat of war, and the  Nazi invasion of France, the couple moved to London in 1939. It was here they opened another nightclub, in London’s Mayfair.

In addition to her appearances at the club, Adelaide sang on BBC radio and entertained the troops and the British public who needed a boost during the dark days of the Second World War.

In 1940, Adelaide embarked on a concert tour that brought her to South London. On the evening of Monday, August 26, just days before the official start of the Blitz, she topped the bill at Lewisham Hippodrome with her piano accompanist Gerry Moore.

In the middle of her act, the air raid siren sounded, but most of the audience remained seated. When the raid started everyone in the theatre could hear the screaming bombs falling and exploding, and the bursts of anti-aircraft machine gun fire.

Though the building was strongly constructed, the sound of exploding bombs close by was clearly felt in the auditorium.

Adelaide encouraged the nervous audience to join her in some community song numbers and she later recalled: “We – the performers and the audience – were told that no one could leave the theatre because it was too dangerous.

“Outside everything was burning. So, we just carried on and I managed to get the audience to join in many of the songs.”

On the night of August 26-27, for four hours, with bombs exploding outside the Lewisham Hippodrome, Adelaide helped to entertain the nervous audience until the all-clear sounded at 3.45am.

Later that day, Gerry Moore commented that his fingers ached so much from playing that he could hardly move his hands.

Though Adelaide could barely speak, in defiant mood she returned to the stage of the Hippodrome the following evening to perform her act as scheduled.

On August 29, The Stage newspaper noted that the evening’s performance officially ended about 10.45pm but the air raid continued and the bombs kept falling.

To help calm the audience Gerry Moore played popular melodies on the piano while Adelaide rested in her dressing-room before returning to the stage to sing some extra numbers.

On August 30 The Kentish Mercury reported that: “Miss Adelaide Hall did really wonderful work. She has given several turns after the normal programme each night this week.

“On Monday night the normal programme finished and then an impromptu programme was given by Miss Adelaide Hall (12 to 14 songs)… Members of the audience joined in and then there was a dance.

“‘We kept them amused,’ said Mr Vincent, the manager, ‘and I think they enjoyed it.’ This procedure was followed on Tuesday and Wednesday nights, when again Miss Hall was the mainstay of the impromptu programmes. A few went home each night but the majority of the audience stayed.”

In America, Adelaide’s bravery at the Lewisham Hippodrome made news. America hadn’t entered the war yet and only a handful of American stars had remained in Britain to entertain the public and the troops.

Under various headlines, “Adelaide Hall in Bombing, Calmly Singing Songs” and “It Rained Bombs as Adelaide Sang”, accounts of her fighting spirit flashed across America and reached the front pages of many newspapers.

She later reflected: “When we performed during air raids we learned to be philosophical about the dangers we were being exposed to.

“Of course situations like the one at Lewisham Hippodrome are a little different. But we carried on to keep the public’s morale from becoming too low.”