SOAP icon and Shakespearean actor Louise Jameson takes a “step up” at Greenwich Theatre in February when she directs “a taught thriller full of twists and turns” on the first date of its UK tour. 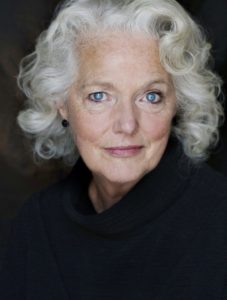 Revenge – by Robert Hawdon – tells the story of successful MP Bill Bradshaw who returns from a business trip to hear that his party agent has been killed in a tragic accident. Or was it?

Louise was approached to direct the play by producer Kate Ashmead and artistic director Martin Parsons from the Crime and Comedy Theatre Company. “I was thrilled,” said Louise, whose credits include EastEnders, Dr Who, Bergerac and Tenko. “It feels like a step up for me, directing a tour.

“Whodunnits have served me really well during my career, and I have recently been thrilled to have been given a chance at the iconic Miss Marple, further whetting my appetite for the clue-finding genre.”

Her career, dating back to appearances in Emmerdale in 1973, is jam-packed with diverse roles. “I’m not sure where the energy comes from,” she said. “A dogged, stubborn trait, I think. This profession is like a bad lover. Treats you brilliantly at times and then ignores you at others. I guess I refuse to be ignored.

“Thrillers are quite rare in the theatre these days and I think it was that which attracted me so much to the play.

Louise hasn’t worked with Robert Hawdon before or with the Crime and Comedy company. “We’re all taking a bit of a risk with each other,” she said, “but the dedication and amount of work that has already happened is a testament to what I hope will be a hugely successful tour.

Of all her roles which has she enjoyed most? “Most recently Barbara in Bumps, which is a new sitcom showing during January, and Granny Bob, currently airing on CBBC’s The Secret Life of Boys. Blanche in Tenko for television, Rosalyn in As You Like It for Regent’s Park Open Air Theatre, and almost everything I’ve done with the RSC.

“As for Greenwich Theatre, I performed my one-woman show there and absolutely adored it. I’m very grateful to be able to kick off the tour in such a welcoming venue.”