The more you watch this Crystal Palace team, the more you expect these against-all-odds results against the Premier League’s elite. Roy Hodgson’s side will suffer several body blows but still recover to knock their opponent square in the face.

When this game seemed over to most onlookers, the Eagles rose from the surface to land a killer punch.

It was just like when Connor Wickham struck a late equaliser against Norwich City on New Year’s Day. Just like when Jordan Ayew danced around West Ham’s defence to chip in a late winner last month. Just like when Patrick van Aanholt crashed in the decisive goal against Manchester United in August. 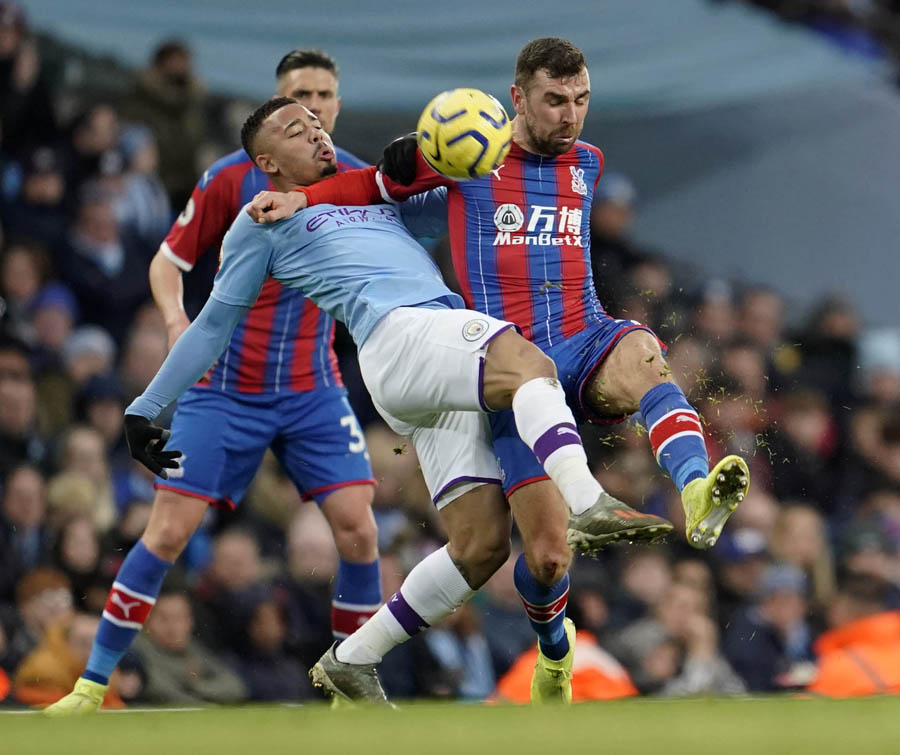 So, when Sergio Aguero’s late brace cancelled out Cenk Tosun’s first-half header, there was still a feeling that Palace would go on to further puncture Manchester City’s race to catch Liverpool at the division’s summit. And they did.

James McCarthy won the ball in midfield and freed Wilfried Zaha down the left. The Ivorian attempted to cross for Wickham but Fernandinho got there first – diverting the ball into his own net as the clock ticked over 90 minutes. 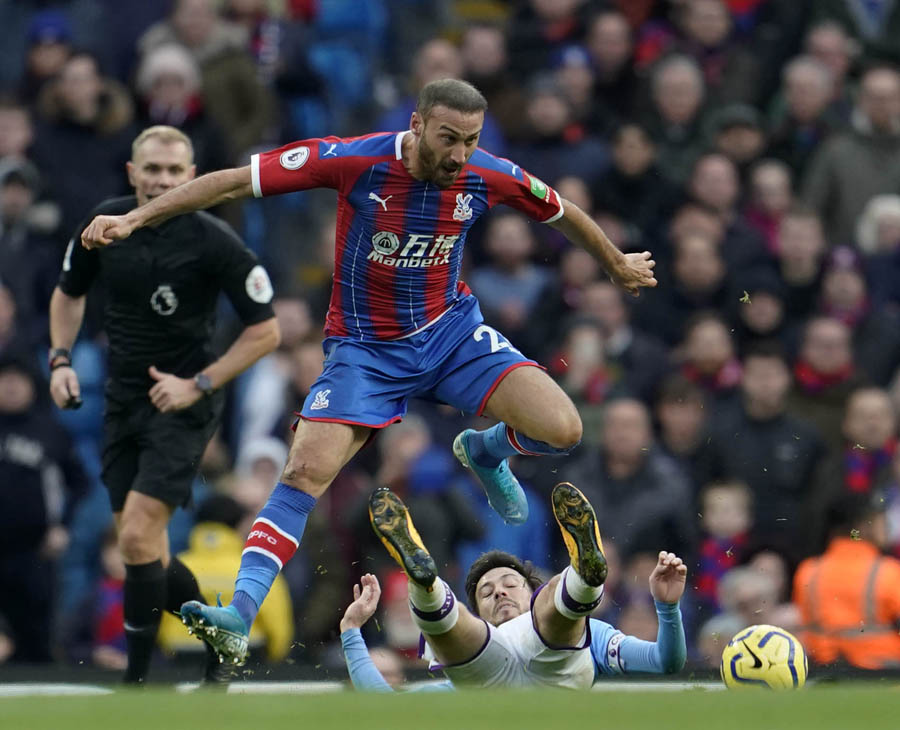 Palace have taken eight points from their last four visits to Manchester. Since promotion in 2013, the South Londoners have gained a reputation for being the bogey team of the top six.

There was the 3-3 draw against Liverpool that handed City the title in 2014. There were three successive wins at Anfield and another against the Reds at Selhurst. There were two successes in a row at Chelsea The 3-2 win at the Etihad Stadium last season was the only dent in an otherwise perfect home record for Pep Guardiola’s side. 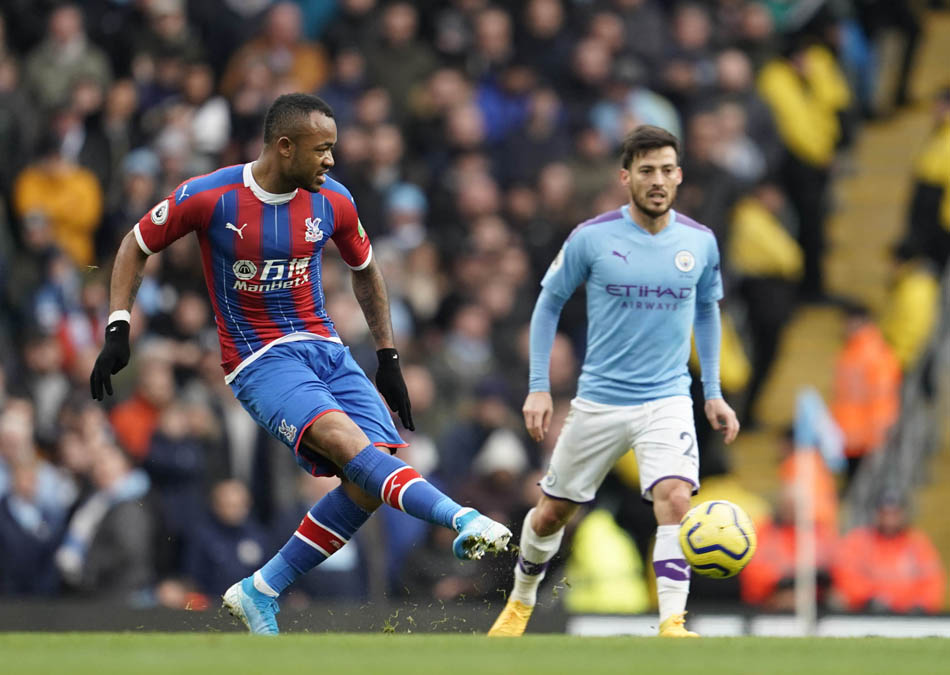 There is a sense that those scalps have been even more special when they have come under Hodgson, particularly given his inferior resources in comparison to his predecessors. Palace battled to this 2-2 draw without the likes of Luka Milivojevic, Mamadou Sakho, Andros Townsend and Van Aanholt.

It is nothing short of a minor miracle that they sit ninth on 30 points in January. Of the 17 players who featured in Palace’s first three games of the season, only two have been available for every match. That pair are McCarthy and Ayew who, once again, were both vital in earning this point. 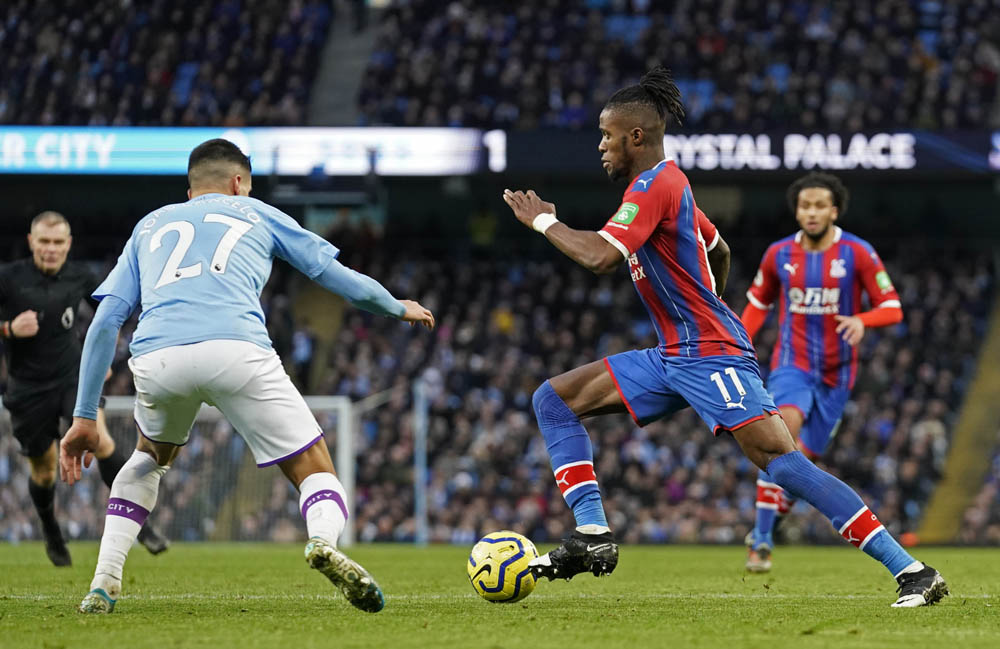 The latter seems to go from strength to strength in a Palace shirt. He moved out wide to accommodate Tosun, who played through the middle, yet the Ghanaian still produced the all-action, hard-working performance that has finally endeared him to the Palace faithful. It is incredible how a player can completely turn around their reputation within a year.

Meanwhile, McCarthy is relentlessly in the face of the opposition. Although a completely different kind of midfielder, his attitude on the pitch is akin to Yohan Cabaye in that he is wholly committed to bending the rules and winding up the opposition. Palace have lacked that type of personality since the Frenchman’s departure. 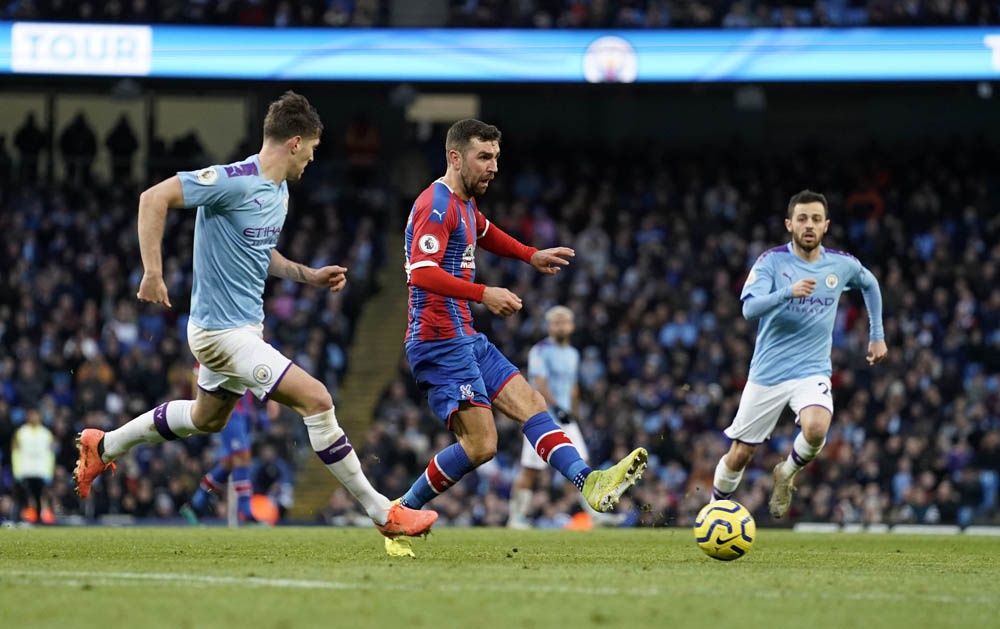 And that is not to take away anything from the ability of the Irishman.

His tenacious hassling of the opposition was fundamental to the equaliser occurring. His passing and drive are underrated traits. That McCarthy holds a valid argument to keep Luka Milivojevic’s place once the Serbian returns from suspension is evidence of his contribution since signing last summer.

Tosun, the latest arrival, also seems to have fitted in seamlessly. His natural poacher’s finish to nod past Ederson after Gary Cahill had headed down McCarthy’s corner will excite Palace fans. It was reminiscent of the type of goals Glenn Murray used to net with regularity. 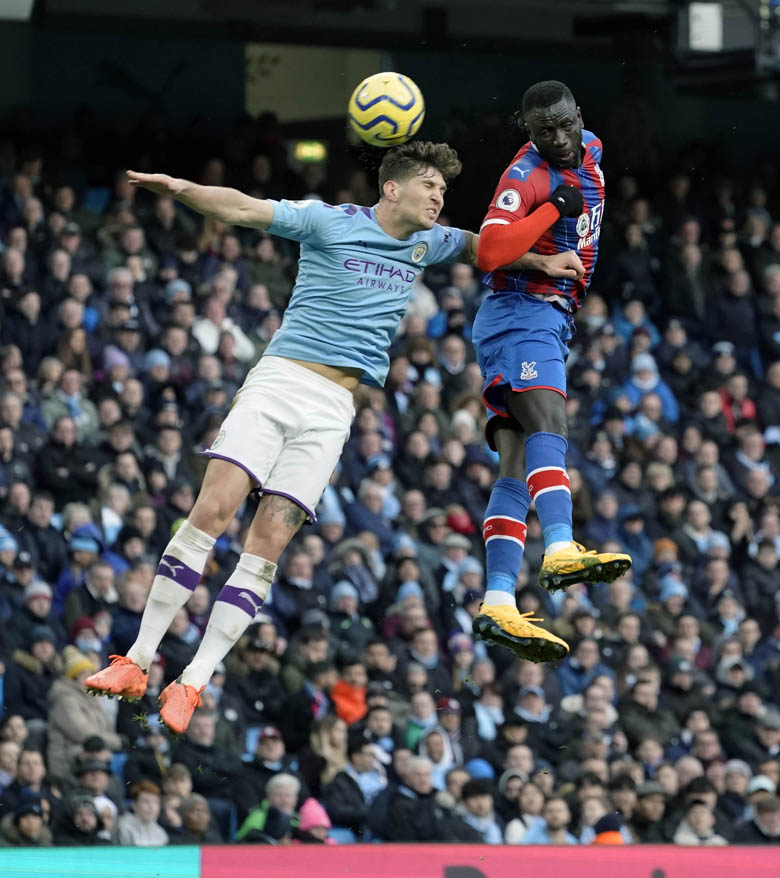 Given the Eagles have not had a goalscorer like Murray since he left for Bournemouth in 2015, they are in dire need of someone similar.  And if Tosun proves to be that man, he will be the final piece for Hodgson to place into his forward line.

The 72-year-old still needs reinforcements in both full-back areas and continues to produce consistent results with a tiny squad. 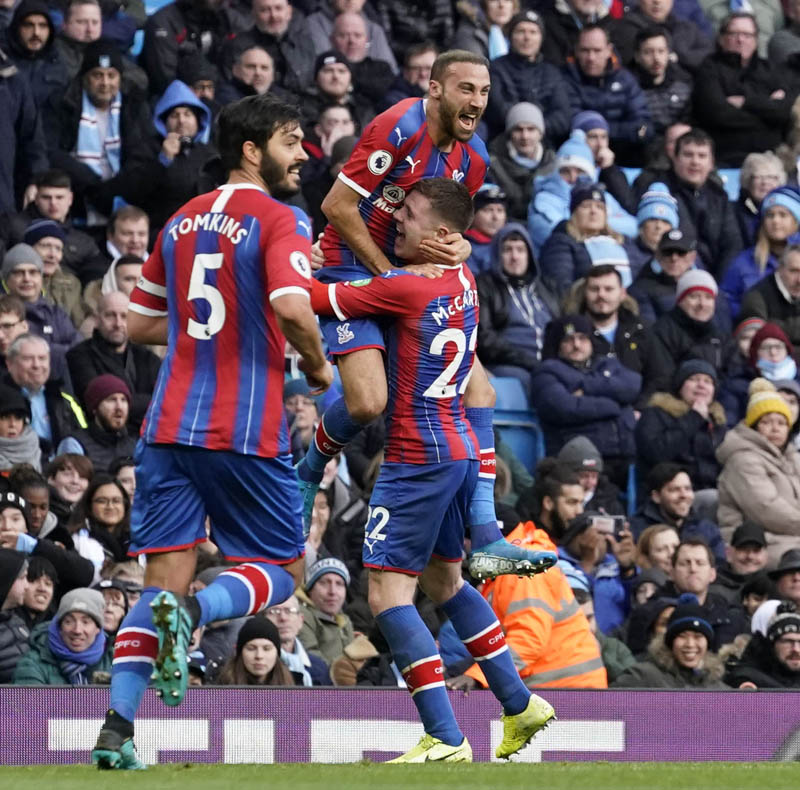 Palace still get to welcome Chelsea, Manchester United and Tottenham Hotspur to Selhurst Park before the season ends. They still need to go to runaway leaders Liverpool. Under Hodgson, it is easy to see the Eagles gaining points in all four fixtures.

One thought on “Sam Smith’s big-match verdict: Palace are turning into a bogey team for the Premier League’s biggest clubs”