Sale outclassed a Blackheath team who were a pale shadow of the side that beat Rosslyn Park a fortnight earlier, with their lineout in tatters and a kicking game that lacked any direction.

It was the latter that had them in trouble early on as Sale won the early duel, forcing Blackheath to carry over their goal-line on two occasions. 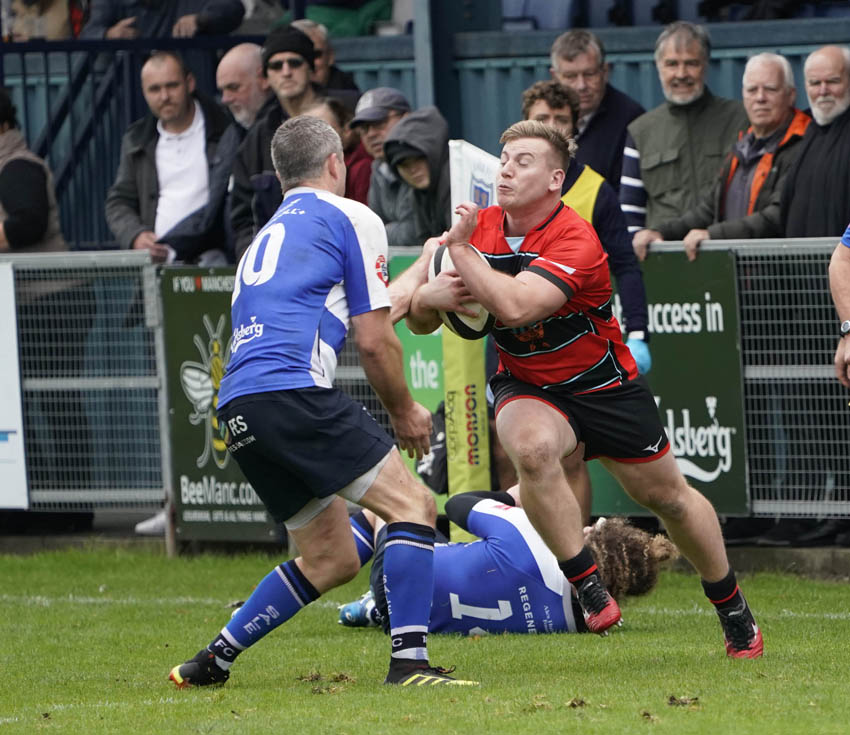 The first five-metre scrum opportunity was squandered, but the second saw number eight Jarad Williams peel off and crash over for the opening try.

Chris Johnson converted, and added a 24th-minute penalty as Sale continued to dominate territory, and only a brilliant cover tackle by Leo Fielding prevented further score as Sale open-side Ted Leatherbarrow broke through a lineout.

The Club outside-centre was also on hand to finish off a lovely handling move involving Jack Daly and Josh Poole. With Mark Cooke converting and striking a penalty, Blackheath were briefly back on level terms. 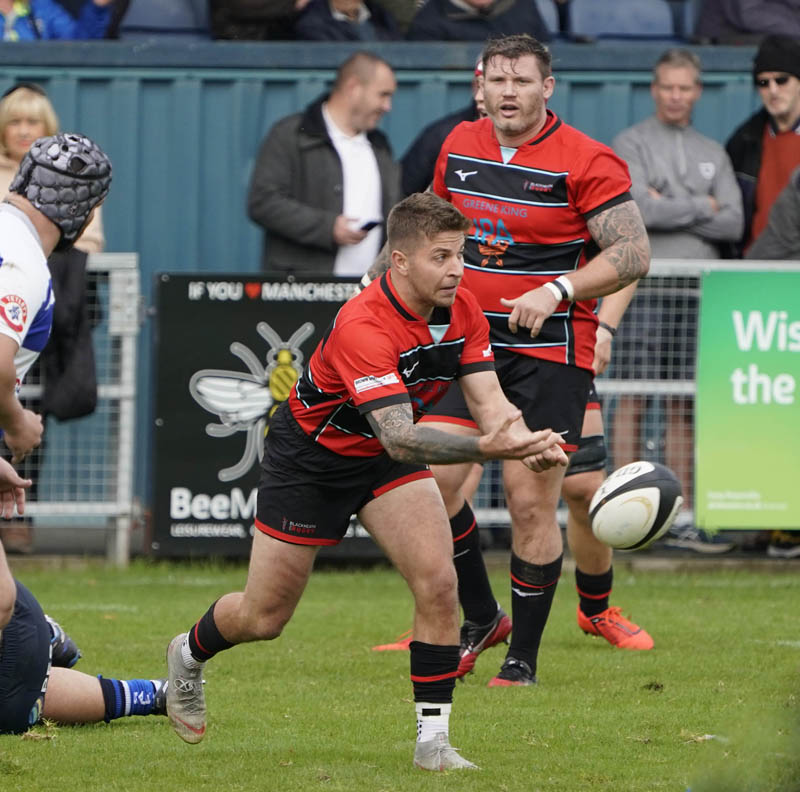 However, a catch and drive saw Sale skipper and blind-side Andy Hughes touch down right on half-time, and with Johnson again adding the two points, the experienced fly-half struck six from seven with a fine kicking display, the hosts were back in control at 17-10. 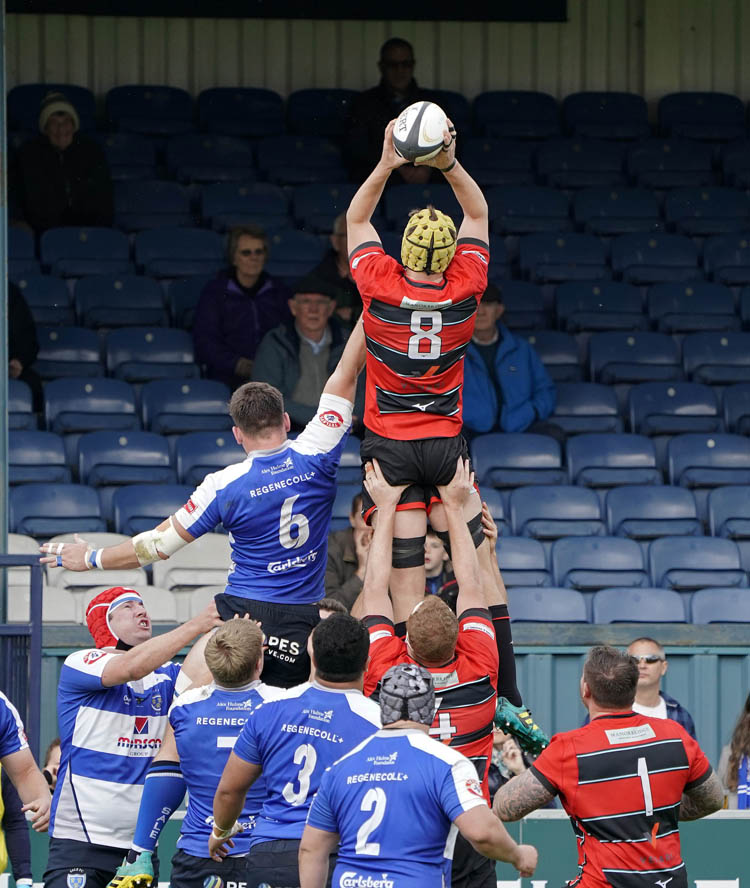 Cooke narrowed the deficit with another three points soon after the restart, but although Freddie Owen ruined an attacking lineout, scrum ball saw Sale loose-head Dan Birchall worked across. 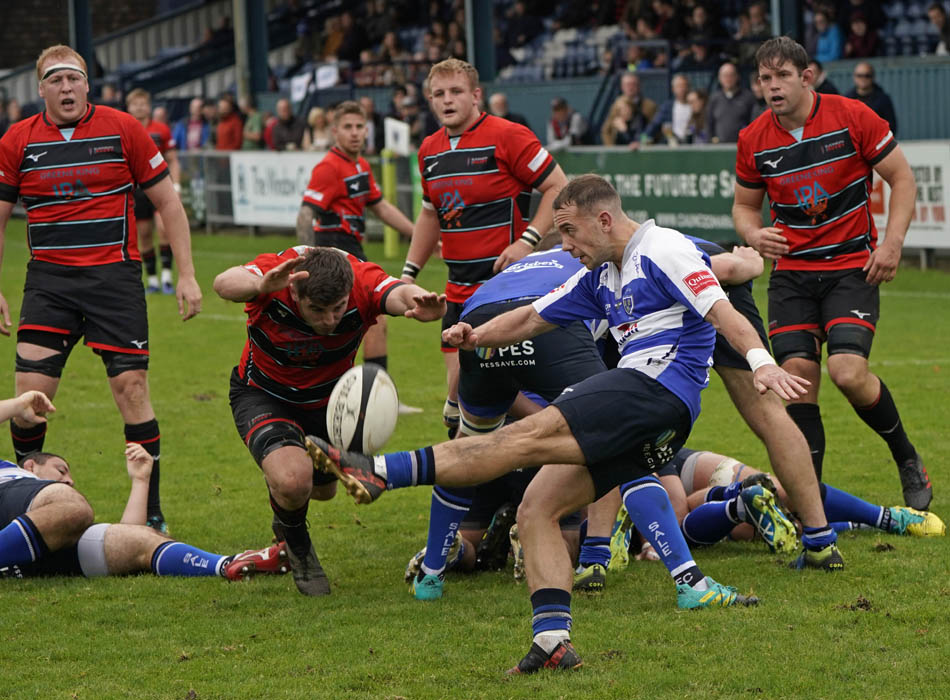 The killer punch came on 64 minutes as, with Blackheath on the attack, ball was spilt forward into the hands of a grateful Fergus Mulchrone, the Sale full-back racing a full 90 metres to score.

Wing Jack Moorhouse was driven across from another catch and drive, Mulchrone scored his second with a neat chip over a tiring defence, and although Poole slipped across for a consolation effort late on, it did little to dampen Sale’s obvious joy at a fine win. 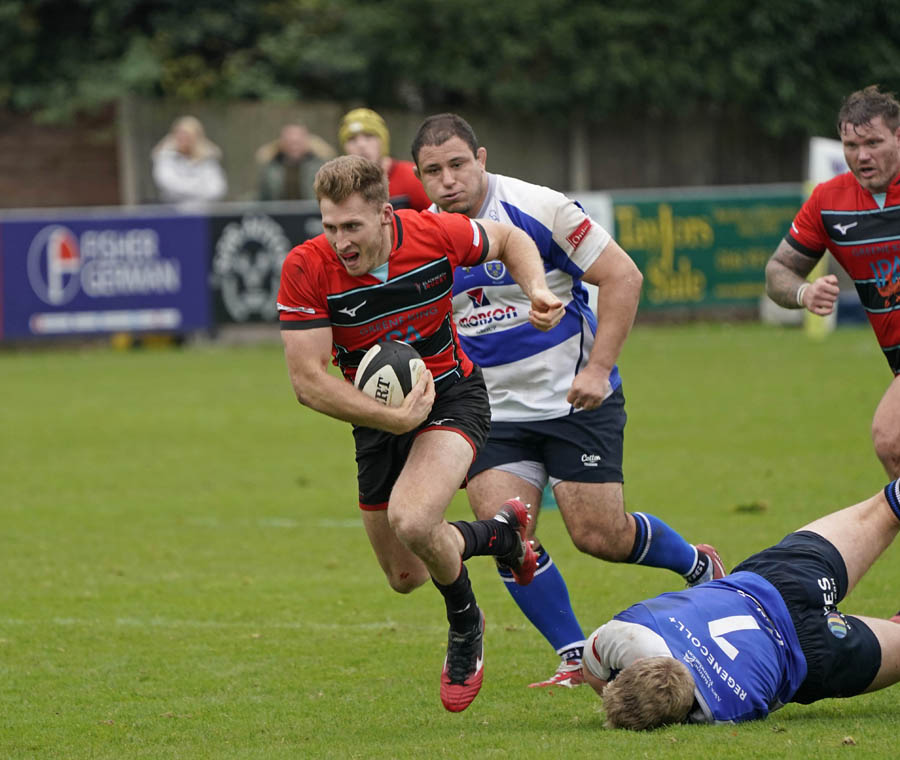 Blackheath entertain Redingensian Rams at Well Hall on Saturday in the first-ever meeting of the two sides.

Well Hall will be open early, with food and beverages available for the World Cup quarter-finals between England-Australia (8:15am) and Ireland-New Zealand (11:15 am).