A finish befitting a game between two closely-matched rivals, with Blackheath recovering from an 18-point deficit, scoring two tries in the final quarter to be within touching distance with seven minutes to play.

The game ended with the ball over the opposition goal-line but it was adjudged held up, and Elthamians could celebrate victory. 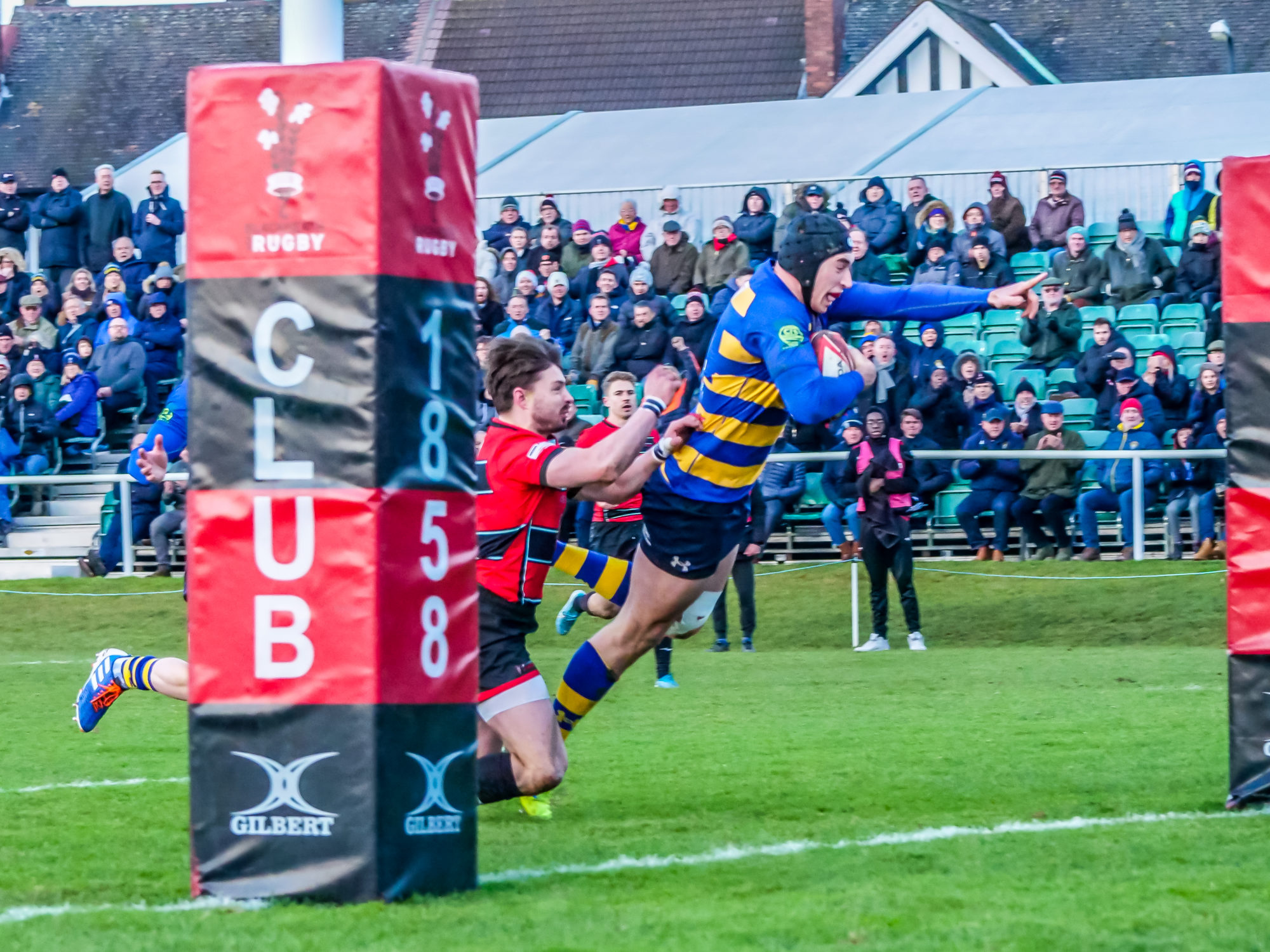 For the most part though, Elthamians held the ascendancy primarily because of their clinical execution of the four try-scoring opportunities – at least two of which came gift-wrapped – allied to a perfect kicking display from the immaculate Ollie Bryant.

An early long-range penalty attempt from Marc Keteczky fell short, but the OEs’ centre was soon piercing the Club’s defences, and although the ball was lost forward, the Elthamians’ pack turned possession to win the next put-in and scrum-half Ollie Claxton moved blind for the opening try. 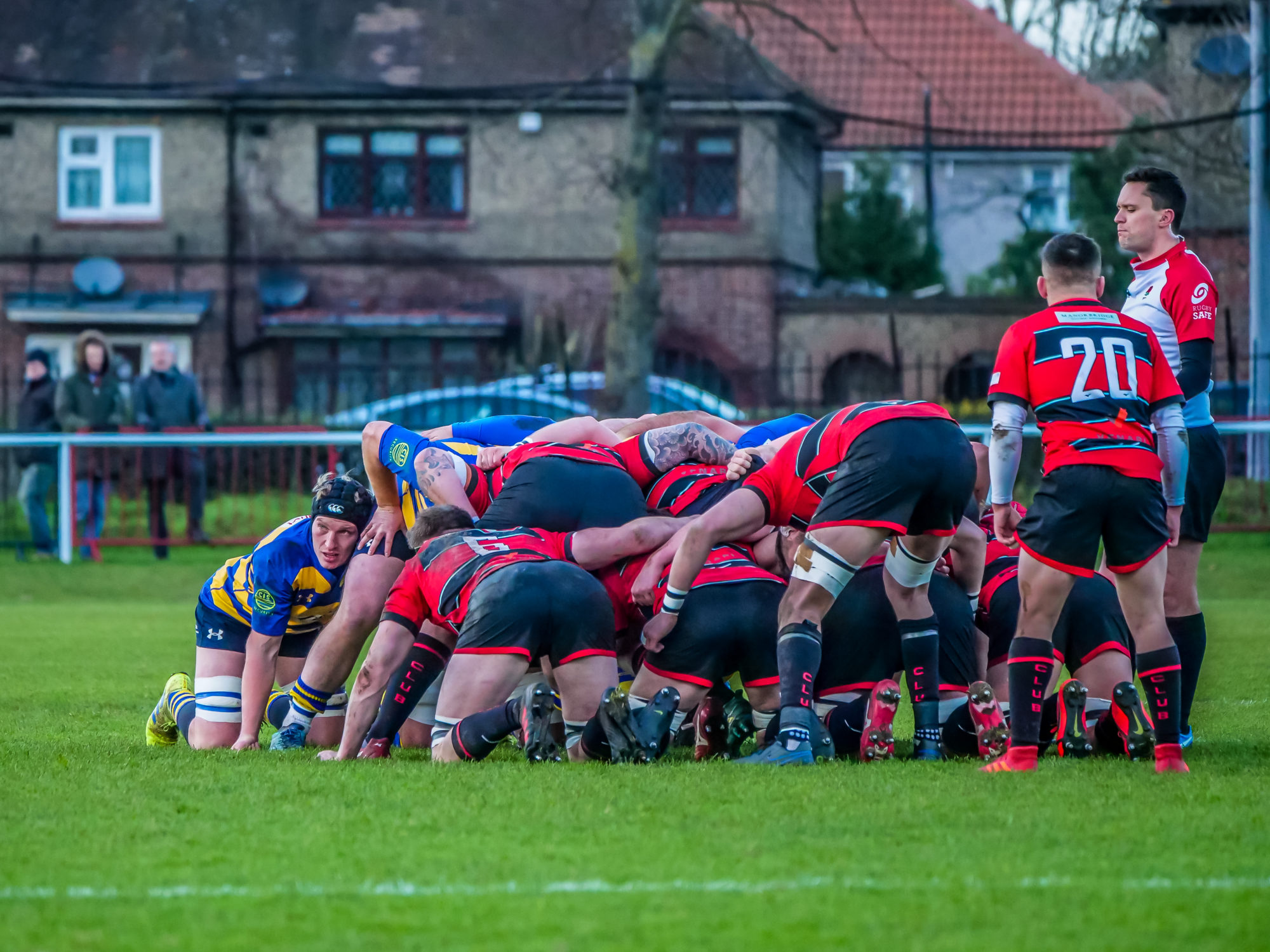 Given the blustery conditions, Blackheath’s lineout functioned well throughout, and as Tom Baldwin collected Mike Perks’ throw on 14 minutes, the ball was spun across field for Markus Burcham and Ben Ransom to send Jake Lloyd sliding across in the right corner.

Bryant slotted a penalty as Elthamians continued to have the better of the early scrum exchanges, but debutant Club scrum-half Dan Hiscocks spotted a gap and made a 30-metre break, before quick ball sent Alex Pickersgill tumbling over the goal-line to level at 10-10. 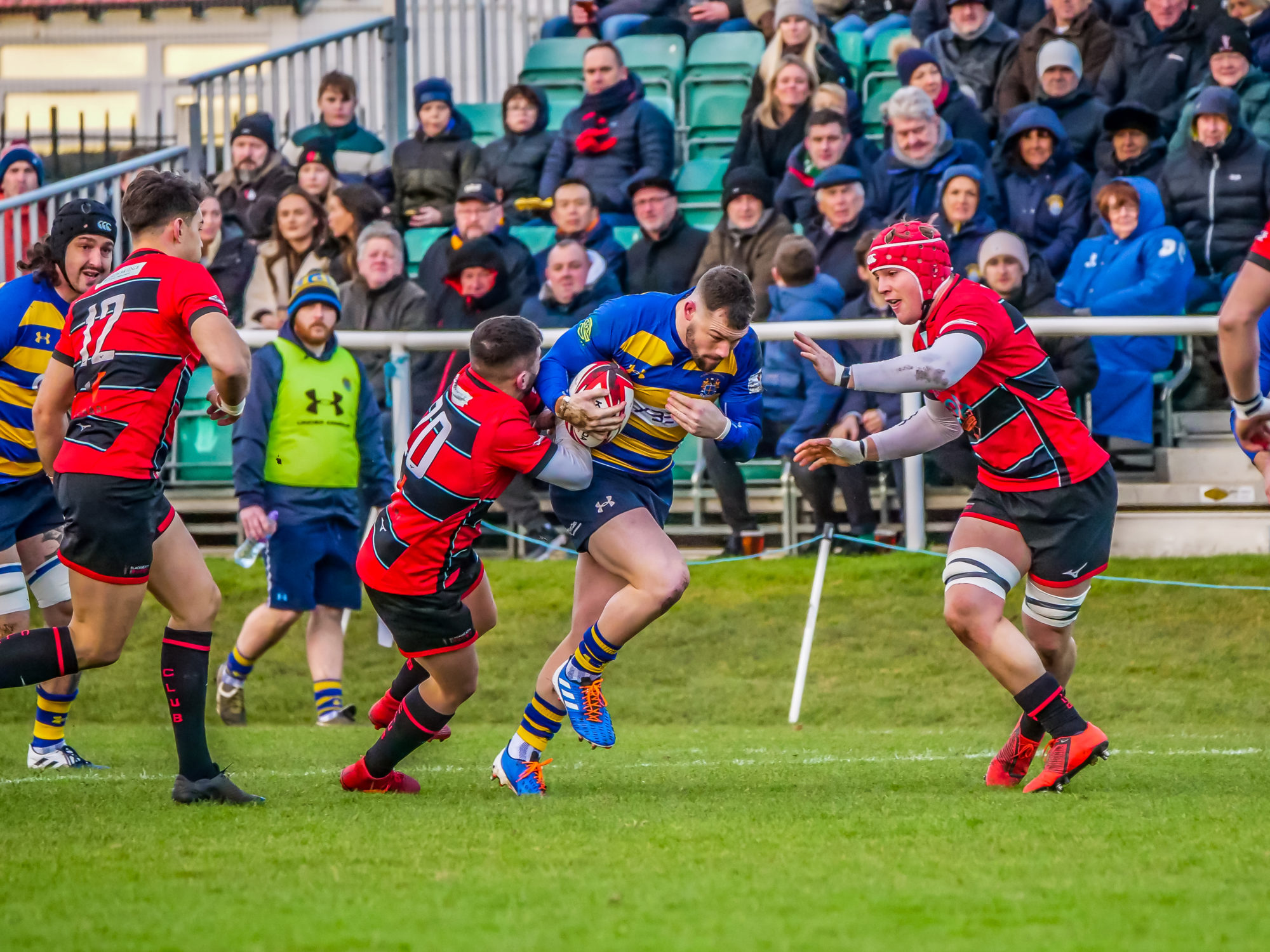 Despite Blackheath spoiling OEs’ lineout ball, the visitors turned over possession for wing Alex Goble to romp through some poor midfield defence, followed by Mike Kovacic benefitting from an intercept.  Although Mark Cooke kicked three points for the hosts, Elthamians led 24-13 at the break. 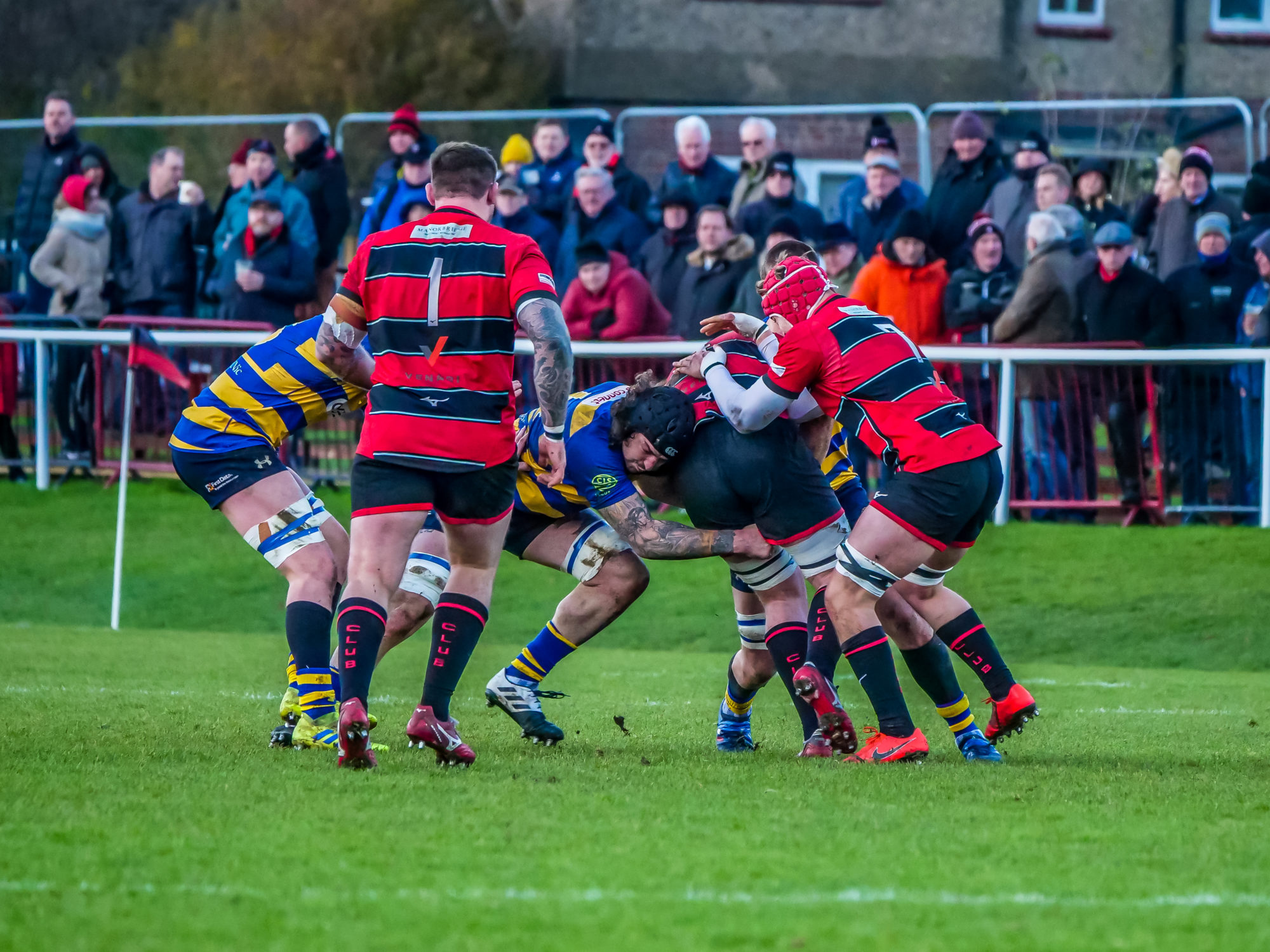 Harry Ledger increased the advantage on 54 minutes, as the OEs’ flanker found another gap in the Club’s defence to score beneath the uprights, but it was the last time Elthamians threatened. 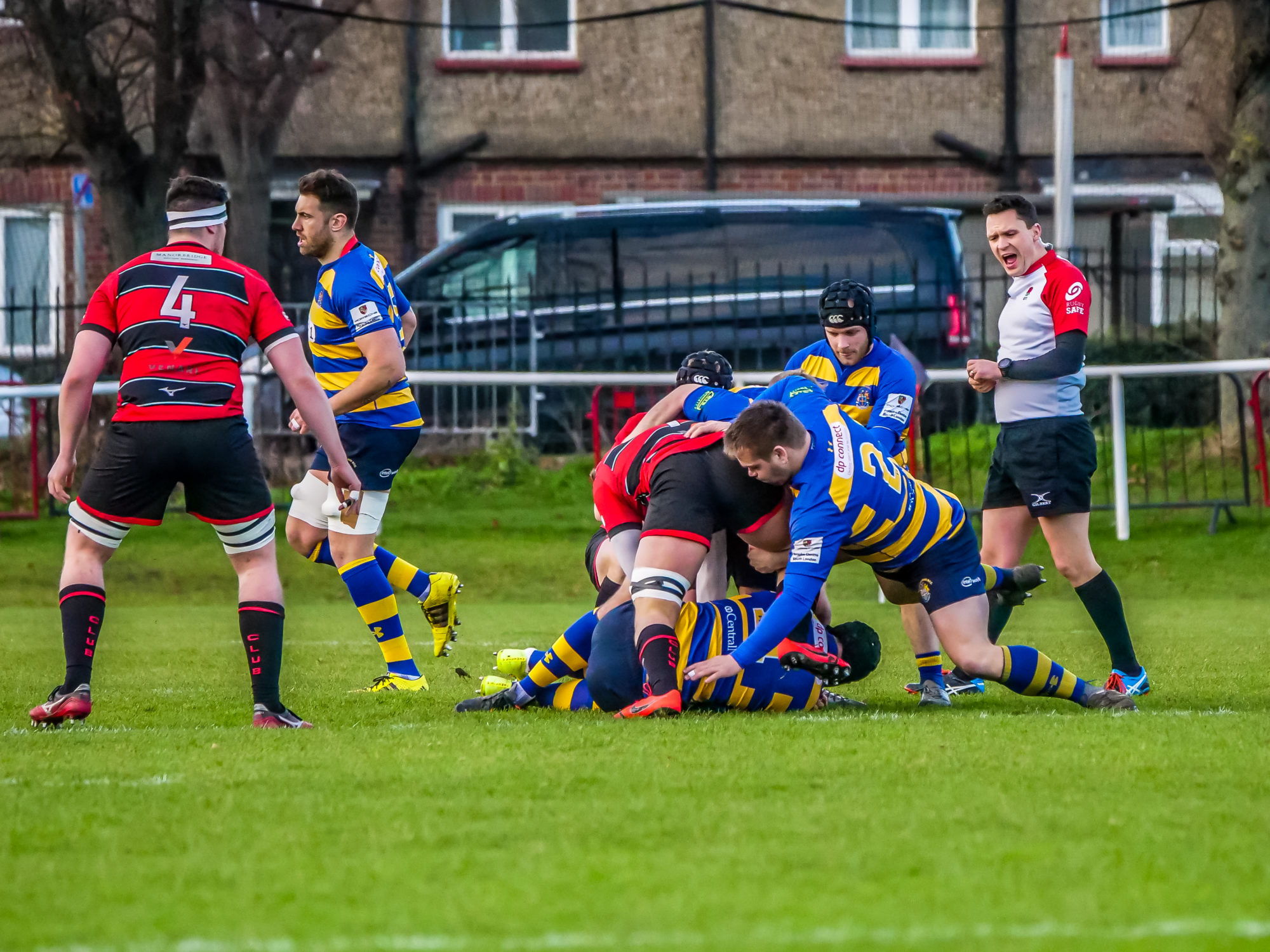 With Blackheath gaining command of the set-piece the infringements began to pile up and on 65 minutes a penalty try was awarded for collapsing.

A yellow card soon followed, and from a five-metre put-in, after ball was held up, Ben Ransom stormed over with a man to spare, but although Blackheath came once more and breached the goal-line again, blue and yellow hands were deemed underneath the ball and the game was at an end.
Blackheath are at home tomorrow against Canterbury (3pm).