Blackheath picked up their first win of the National League 1 season with a 34-33 win at Canterbury.

It was a stop-start, untidy and scrappy game.  But when it comes to scrapping, Canterbury do it well, and although Blackheath held sway on the scoreboard, the home side’s tenacity right to the finish earned them a reward of two bonus points.

However, it was Blackheath who claimed all five points, largely down to a first-half display that saw them build a significant cushion. 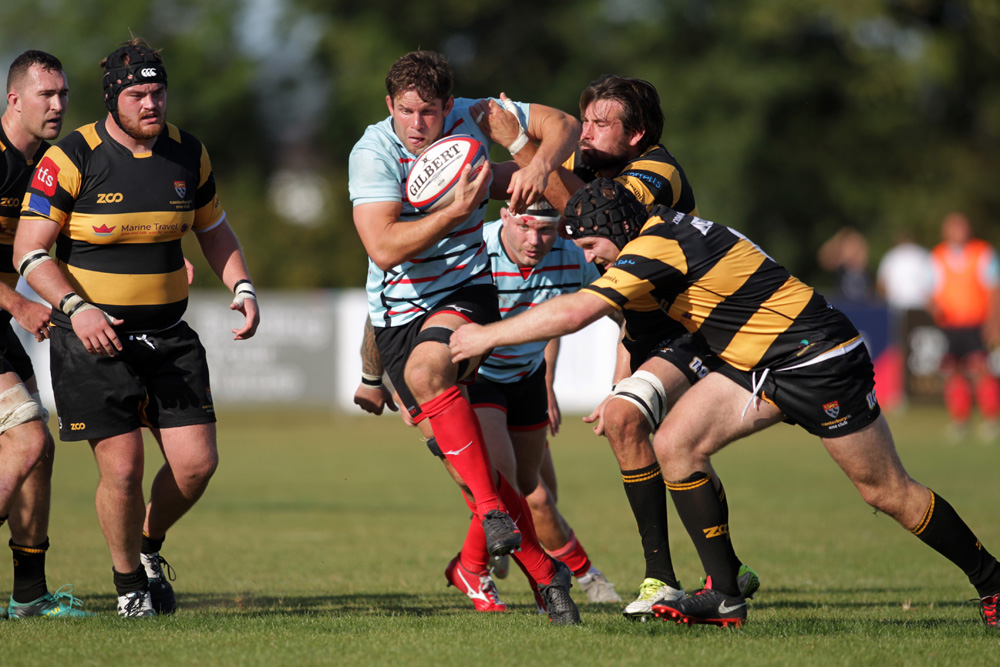 Playing down the Merton Lane slope, in near perfect conditions, the Club looked to open up the Canterbury defence from the outset, spoiling two opportunities with forward passes, before further quick handling down the left flank saw Jake Lloyd barge across for the first score.

Just like last weekend the penalty count would once again haunt Blackheath, and two infringements gave Canterbury field position to drive hooker Jarvis Otto across from lineout ball for parity but, moments later, Lloyd cut a great line, and Jack Daly weaved over in the right corner to re-establish the visitors’ advantage. 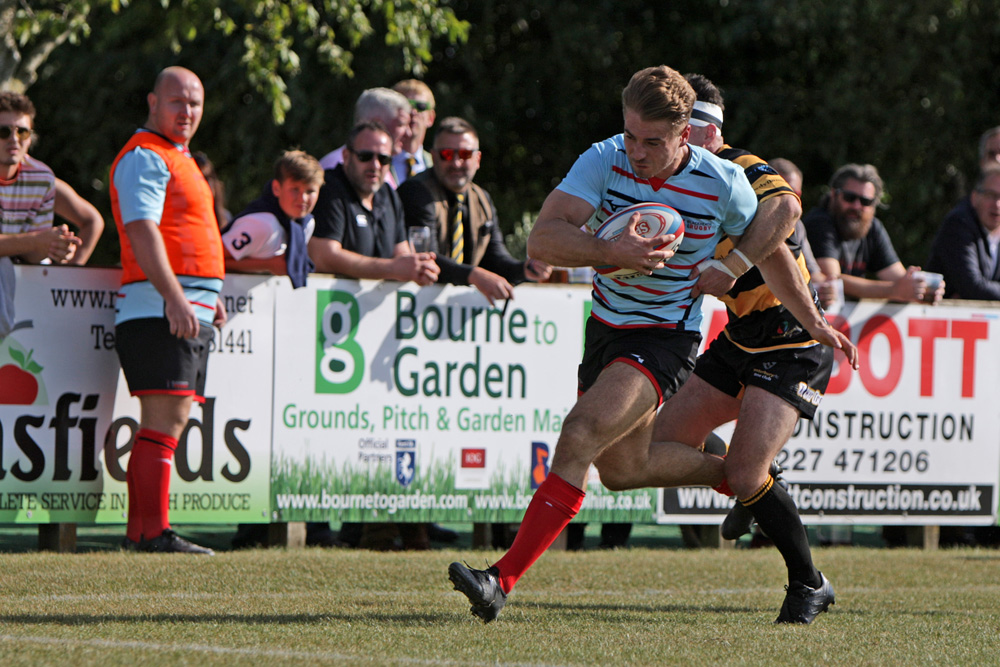 Craig Dowsett’s inside ball caught Leo Fielding at pace, the full-back finding the perfect kick ahead for Lloyd to latch on to for the wing’s second, and a functioning lineout and good ball retention saw Dowsett send Freddie Owen under the uprights to give Blackheath a 22-5 lead at the break. 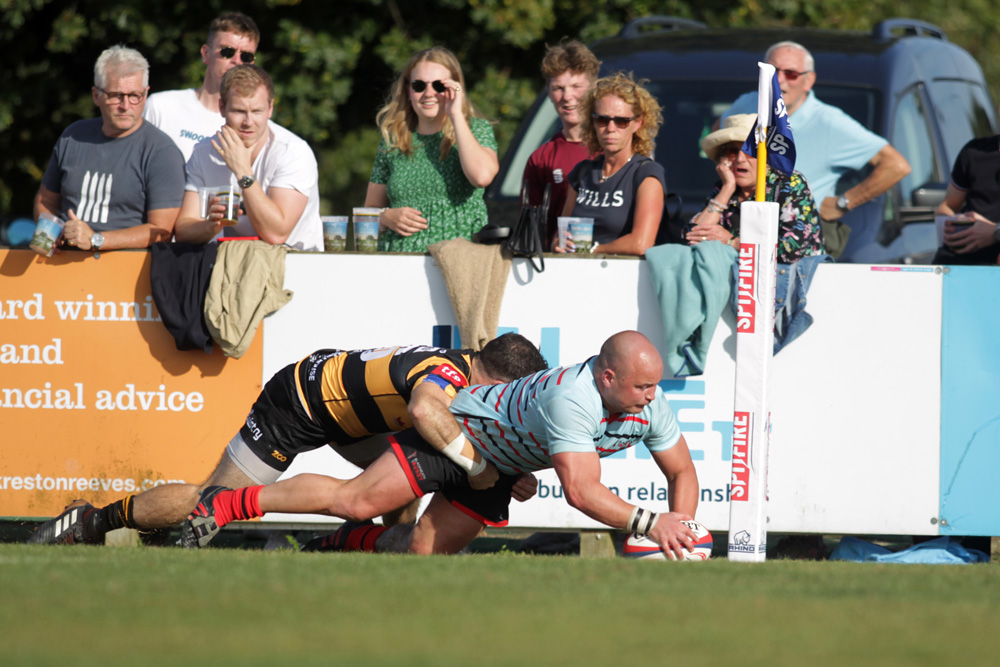 Within four minutes of the re-start the visitors’ defence floundered and Canterbury were back within range.

Missed tackles allowed full-back Aiden Moss to race home, soon followed by Dwaine Corcoran on the opposite side, the wing, despite the hint of a knock-on, making a great run down the left for another converted try, reducing the deficit to just three points. 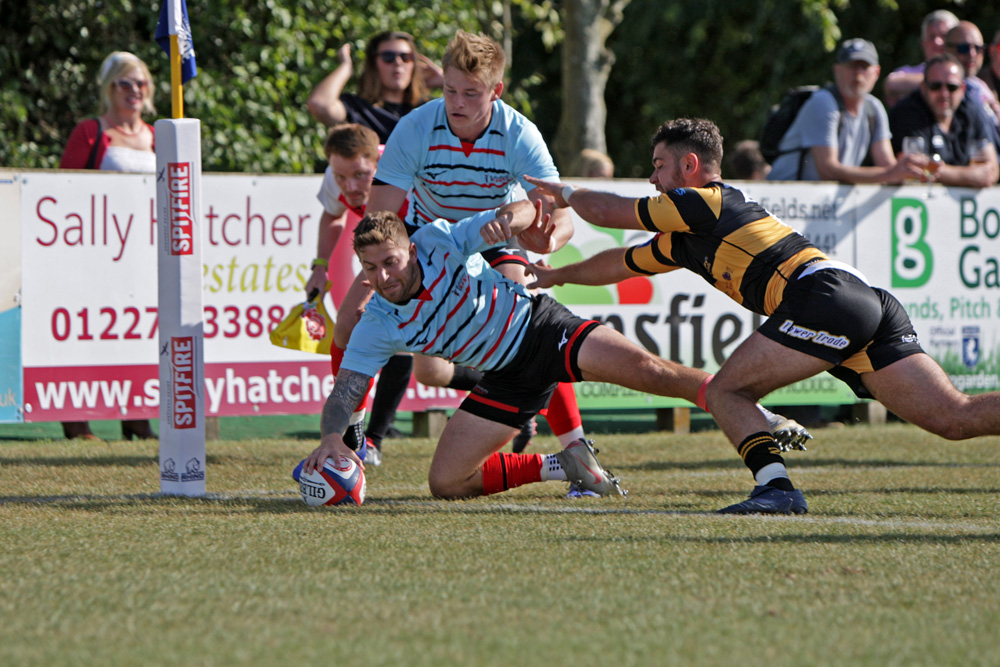 Blackheath put numerous phases together once more to earn a penalty. Opting for the scrum instead of an easy three points, ball was moved left for Dowsett to cross before he became one of six Club players to hobble from the field in this hard-fought Kent derby. 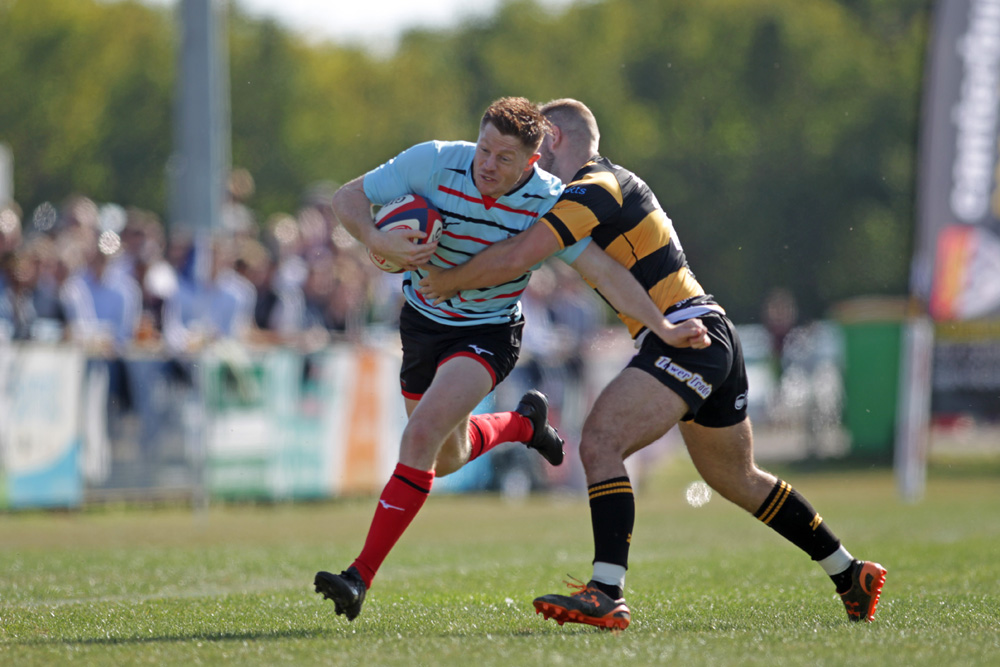 Fielding found a touchline conversion, before he put Alex Pickersgill through a gap, the outside-centre finding a lovely off-load to Harry Fry to finish off the Club’s sixth try, and at 34-17, and three scores clear, the visitors were back in control. 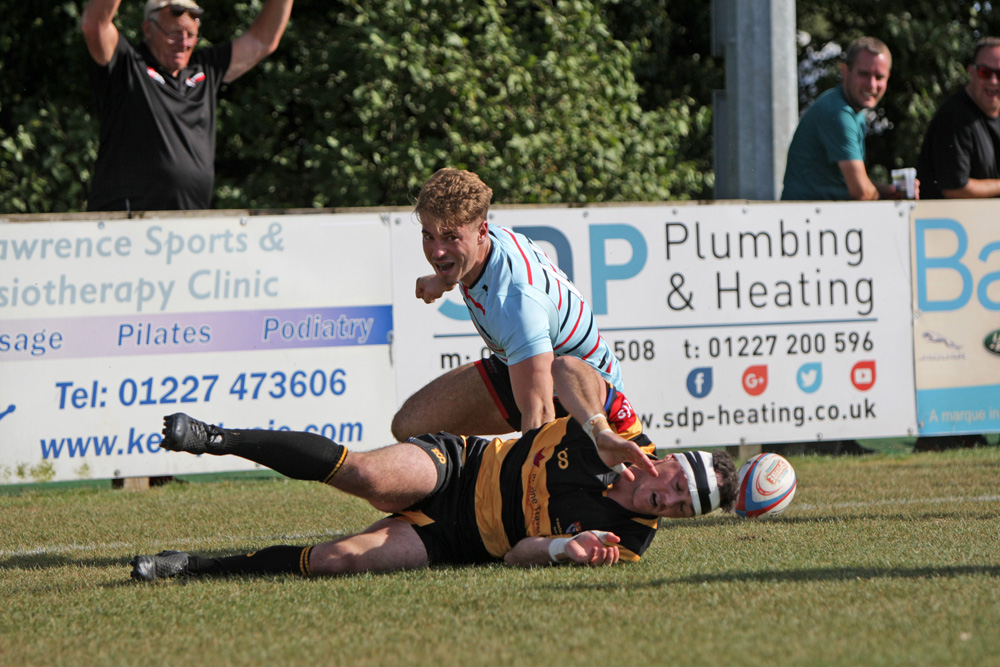 Although they never threatened the result, a messy end saw the City side get their driving maul going once more, forcing a 77th-minute penalty try, and with prop Aaron Cooper driving over in a lengthy final play, Canterbury had their consolation.