The Eagles were the sixth-best away side in the Premier League last season but kicked off the 2019-20 campaign on the road with a loss to the newly-promoted Blades.

“After the goal we seemed to lose that composure and, to some extent, some of the passing quality we had in the first half,” said Hodgson. “As a result it became quite easy for Sheffield United to protect their victory and win the match. “They did what they needed to do. They gave the sort of performance which I’m certain Chris [Wilder] was wanting to see from them. In the second half we didn’t threaten their goal anywhere near enough.

“We kept going, we kept trying but unfortunately the quality of our play in the second half was not good enough.”

Palace made 386 accurate passes – compared to United’s 272 – and had one more shot on target (four) than the hosts.

But Hodgson said: “I can’t be happy with the Crystal Palace performance because we didn’t do anywhere near enough in the game, especially in the second half, to get ourselves back in it. 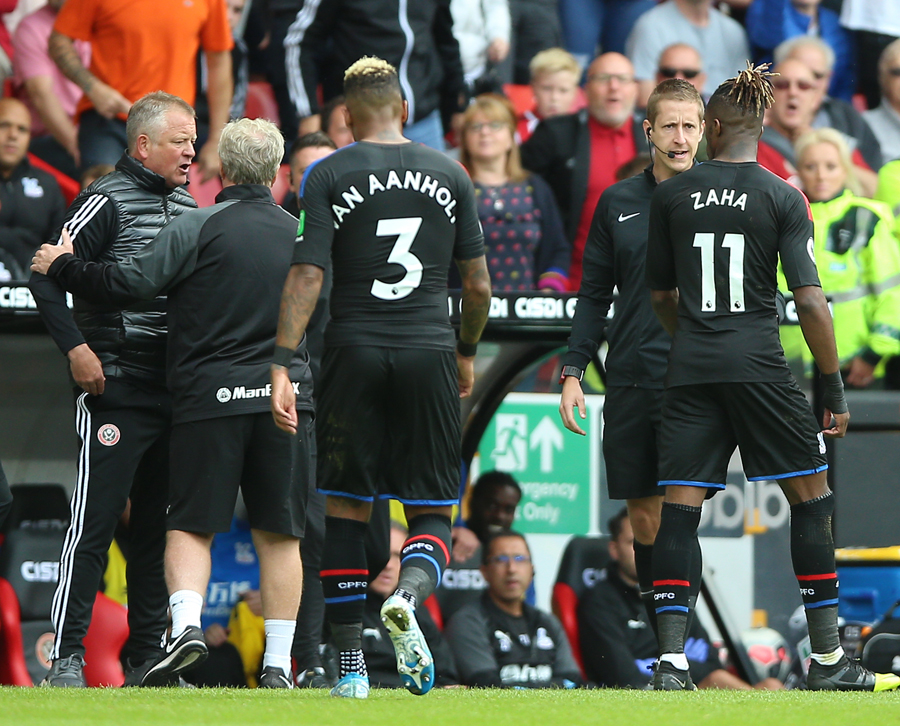 “[We didn’t] cause them the sort of problems that I thought we would need to cause them if we were going to get something from the game.”

Palace are still waiting for their first goal of the season and their next assignment looks a tricky one – heading to Old Trafford to face Manchester United on Saturday.

Asked how he could get his misfiring attacking line to score more goals, Hodgson replied: “You do the same as one always does – that is to keep working at your game.

“[You] keep making certain that the movements are right, that we’re attacking the right areas, that we’re constantly giving people a chance to practice their movement and the quality of their passing and crosses.

“There is no magic wand which changes these things. We know you can’t win matches by playing for 0-0. One of the things we have got to do – which we didn’t do very well at the start of last season – is to try and start scoring some goals and creating goalscoring chances.”