England’s Ashes campaign may not have got off to the best of starts but Rory Burns was the toast of Edgbaston last Friday.

The Surrey captain hit 133, helping to lay the foundations for a first innings lead of 90. But just a week or so earlier Burns had only managed six runs in both innings against Ireland at Lord’s.

He put his maiden Test century down to a call he made to former coach Neil Stewart – Alec Stewart’s older brother, who is an integral part of Surrey’s academy set-up.

“It was quite an enjoyable experience that – different from the Ireland Test,” said Burns.

“I literally buried my head in the sand to all sorts, comments and media. I just tried to get myself around people that back me – team-mates, coaches – and tried to back my own skills. It was another opportunity to nail down a spot. 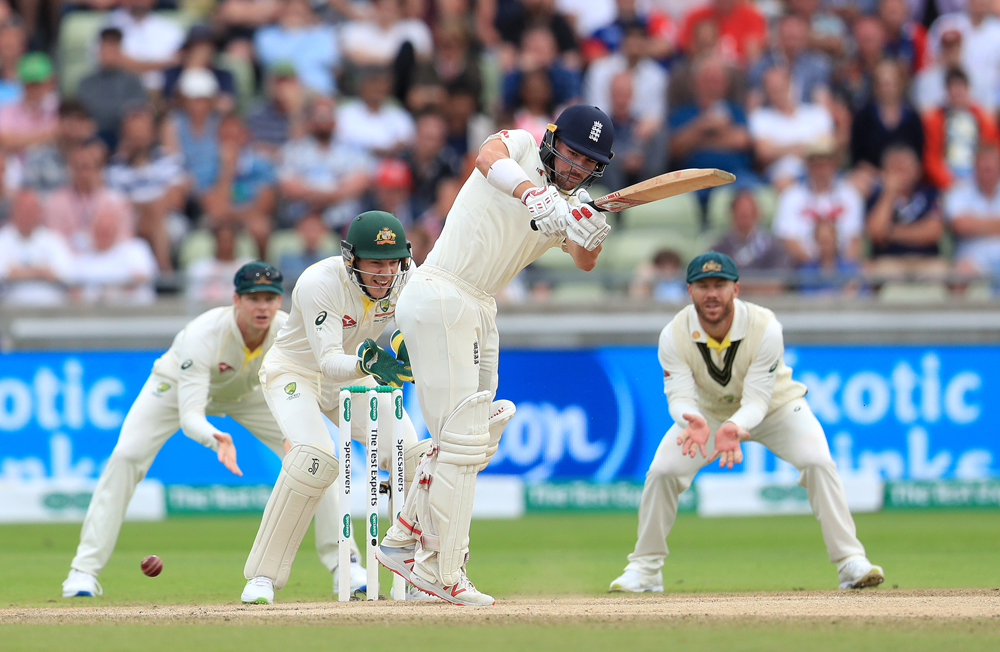 “I went to someone [Neil Stewart] who’s known me since the age of six. I just tried to get a bat in hand as much as I could between Tests – just replicating what I was doing and staying true to what’s gotten me to where I’ve got to.

“I don’t think you would coach many kids to bat like I do, but sometimes you have to get in a battle and back your gameplan.”

The 28-year-old left-hander added: “The night before I probably played my first ball a few times and probably celebrated a hundred a few times. To get over the line was a wonderful feeling.

“It’s quite hard to put into words. To be an Ashes cricketer in the first place is a wonderful thing.

“We connected with some past players, some of the 2005 winners, the night before and I was literally ready to run through a brick wall at that stage and get right in amongst it.”

And, although it took Burns 10 balls to move from 99 to three figures, he stayed focused.

“My general thought when I was on 99 and Nathan Lyon started bowling quite handy stuff was trying to talk myself out of sweeping him,” he said. “It’s a shot of mine and, one away, you get caught up in that.

“But then I was just trying to stay level and almost wait for the ball that was in my area just to tickle somewhere. I missed out on one from Peter Siddle the over before, so when I nudged into that gap I backed my sprint speed to get over the line.

“It was awesome and, hopefully, I’m not done yet.”