A restaurant’s name is so important because it conjures up a million images in the diner’s mind. So I set off for Roast, tucked inside the bosom of Borough Market, with thoughts, or perhaps hopes, of a variety of juicy and succulent meat.

In particular, I had my heart set on a Sunday roast. Imagine that on a Friday – virtually unheard of.

Off I skipped through the market, more pigeon-steps through the end-of-the week masses, a mix of local workers and tourists looking for a lunchtime treat. 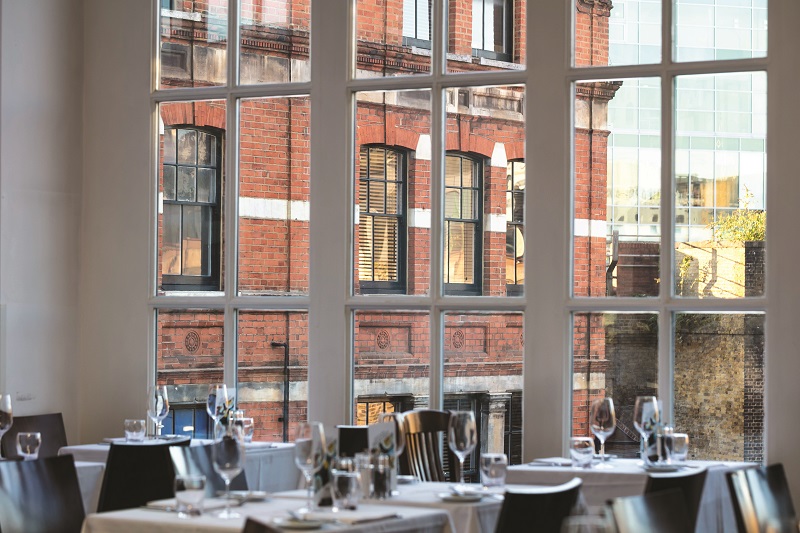 Roast sits high up, overlooking the market, and I was a little worried about scaling its dizzy heights, with a baby and, more importantly, a buggy, in toe but there’s a lift.

I had envisaged trying any one of these dishes, but further inspection of the menu shone a light on the veggie and vegan options. 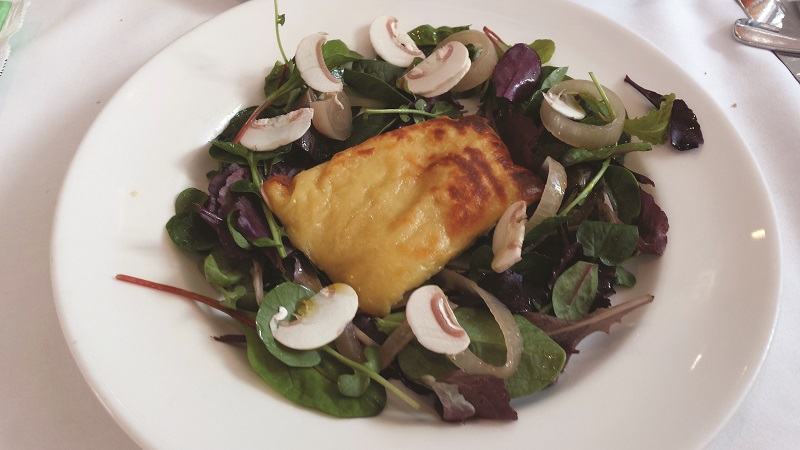 For some reason, I’d expected Roast to be something of a carnivore’s paradise, but it has gone to an impressive amount of trouble to cater for all diners.

It seemed rude not to go a bit left field and see how the other half live, and so I found myself drawn to a plant-based starter – beetroot carpaccio, blood orange, spiced cashew nut crumb, pomegranate molasses dressing, beetroot and apple purée, dill.

This dish was magnificent, combining fresh ingredients, with sweet flavours and textures, tempered by the warmth of spicy nuts. 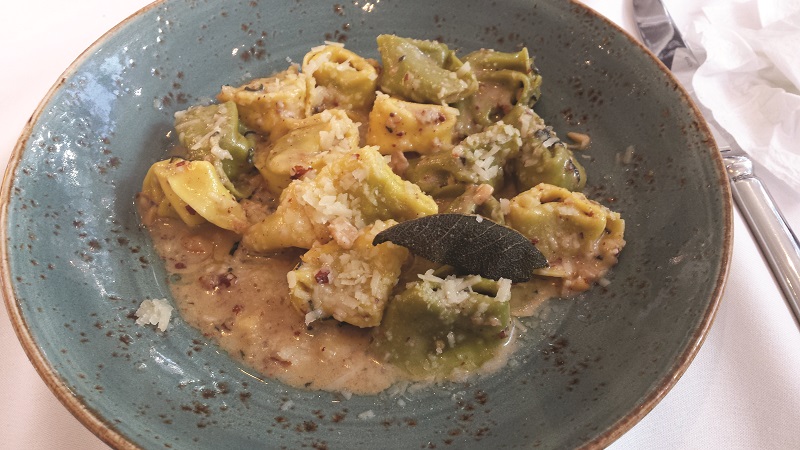 Never one to resist a steak, I mixed it up a little, opting for cauliflower steak, cauliflower couscous, fritter, semi dried grapes, almond, curried raisin, and apple. It’s hard to imagine how a non-protein steak could be as satisfying as its veggie counterpart, but this dish delivers hugely. Juicy, chunky and almost ‘meaty’ in texture, this is the kind of dish that creates veggie converts of the most ardent meat eaters.

To complement the à la carte menu, there’s a daily special – rare breed mixed grill on
Monday, mixed grilled fish on Tuesday, roast chicken on Wednesday, suckling pig, with all the trimmings on Thursday and, of course on Friday, it’s fish and chips.

The Floral Hall, Stoney Street, SE1 1TL
Paloma was a guest of Roast.