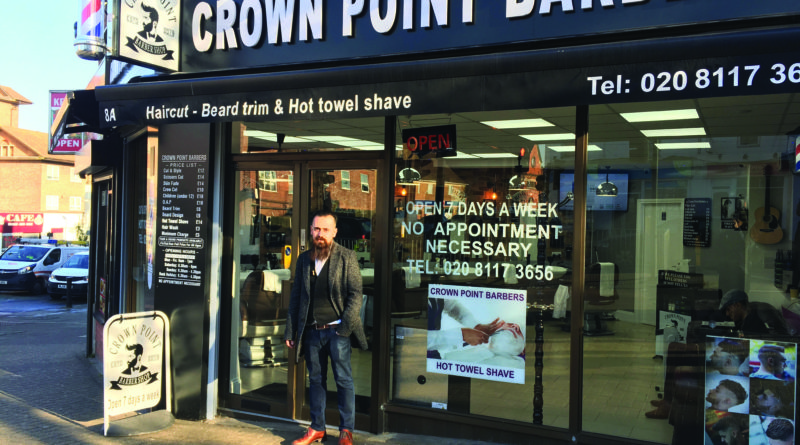 Regular roadworks on a main route into Croydon are causing “misery” to residents and businesses in Upper Norwood.

Shop workers at Crown Point in Beulah Hill say that the road has been blighted by a series of works on the water mains by Thames Water in the past year.

When there are works, it means a four-way traffic light is installed between Beulah Hill, Knights Hill, Crown Lane and Crown Dale causing chaos for the wider area.

It is on the border of Croydon and Lambeth and is a main route between Streatham or Central London and Croydon.

Sue Izzet who runs Crown Bakery said: “It causes misery to commuters, the shops and the local community. It has been almost every six weeks for the past year.

“It stops people coming to the area. When people say avoid Crown Point, it affects a far wider area too. People who want to come to Croydon have to go around the houses – it is a bit like taking out Oxford Circus, you are not just hitting one road.

“It is absolutely awful, it is an arterial route that shouldn’t be blocked.

“I have done a survey and businesses have said the impact to the area is beyond 30 per cent loss of business and loss of footfall.”

Sue added that the blocked up roads affect people living in the area too with the noise of traffic and increased air pollution.

Ako Hama Amin who opened Crown Point Barbers in December and lives in the area, says that he has lost customers due to the works.

He said: “The most recent work was meant to be one day and it went up to eight days.

“It does affect business because on social media people are saying to avoid Crown Point because of the traffic.

“I lost money, I am not sure how much, but it is not good for the reputation. Customers will find somewhere else to go.

“I know the work has to be done somehow but I think they could do it much more quickly.”

Like the other businesses, the manager of vape and smoking shop, Skunk House, Errol Homes, said that communication has been lacking about when work is going to take place.

He said: “The work has been on and off. This type of business doesn’t get as affected because we are specialist shop.

“The road has been dug up about three times in the last year and it is a major junction so it causes a lot of traffic.

“I guarantee it will happen again before the spring is up.

“I can understand that the work for the water mains has to happen though.”

A spokesman for Thames Water said that with emergency works, it is not always possible to let residents and businesses have prior warning.

They said: “We’re sorry for any disruption we cause when making repairs and improvements to our water and sewer pipes, but this work has to be done so we can provide a reliable service to our customers.

“They’ve told us reducing leaks is something they want us to prioritise and that’s exactly what we’re doing by fixing thousands each week, but it can’t be done without some disruption. All our work is cleared with the local highways authority in advance, but particularly for emergency work, it isn’t always possible to give prior warning to nearby residents and businesses.

“Anyone who feels they’ve been negatively impacted by any of our work is welcome to get in touch so we can discuss their concerns.”