Saturday afternoon’s impressive victory over Reading means they have matched their entire points total for the 2018-19 season.

They only need two more wins to hit the half century which is widely perceived to be the total needed for Championship safety.

But this Lions squad – radiating confidence under Gary Rowett – are showing signs they want a whole lot more in the second half of the campaign.

And the beauty is that there is only the pressure they put on themselves. 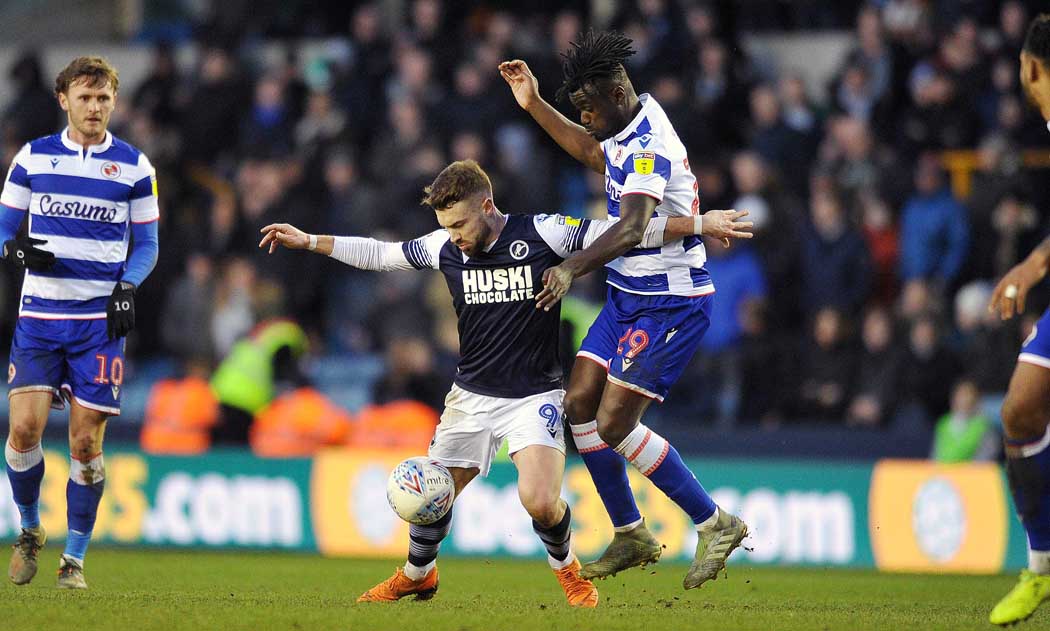 Rowett pointed out on Saturday evening that there was no expectation on Millwall to be in the play-offs. And that’s absolutely true.

The same can’t be said for all of the clubs above them in the table.

And who knows how much that could be a factor as the heat is dialled up for the likes of Forest, Swansea, Brentford or Fulham.

Leeds are showing signs of wobbling and the Lions head to Elland Road next, but not before this weekend’s FA Cup fourth round tie against Sheffield United.

Millwall have only lost twice since Rowett was appointed on October 21. Only league leaders West Brom have lost fewer matches in that period. The Lions have won eight and drawn five of their 15 league fixtures – a record that has seen them climb from 17th to seventh in the table. 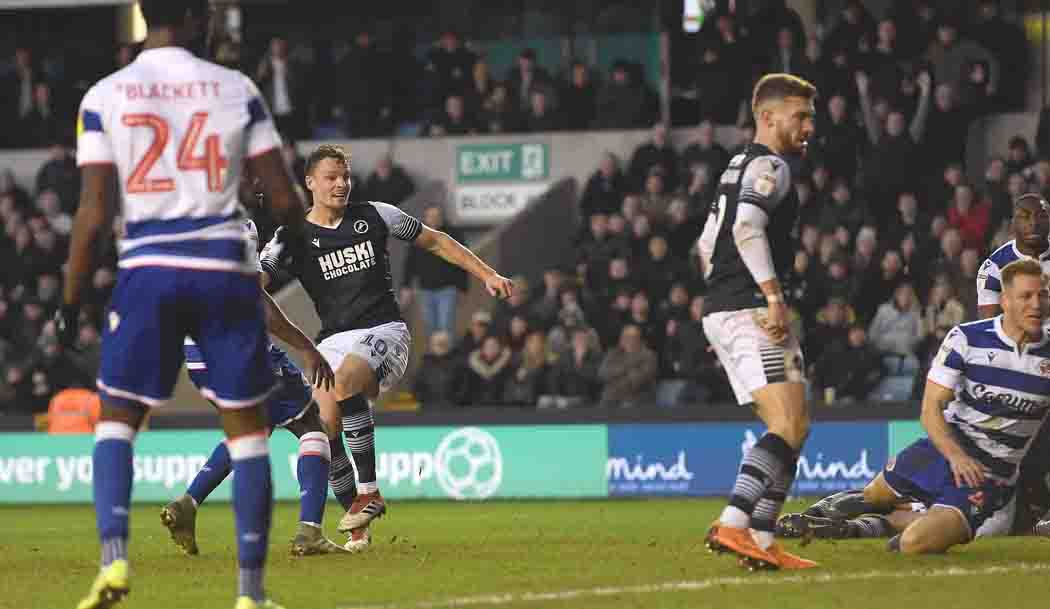 Their victory at the weekend was totally merited as they dominated against a Reading side who had not lost themselves since December 7.

If we had VAR in the Championship then the opening goal would not have stood. Connor Mahoney clearly handled in the build up before Matt Smith fired home with his left foot from inside the box.

“It staggers me the referee hasn’t seen the handball,” said Reading boss Mark Bowen. He was right.

But the Lions were excellent value for their win with 22 efforts on Rafael’s goal – eight of them on target.

Reading did not manage even one. The whole of the backline were terrific and this isn’t the first time in recent weeks that they have blunted high-quality opposition attackers. 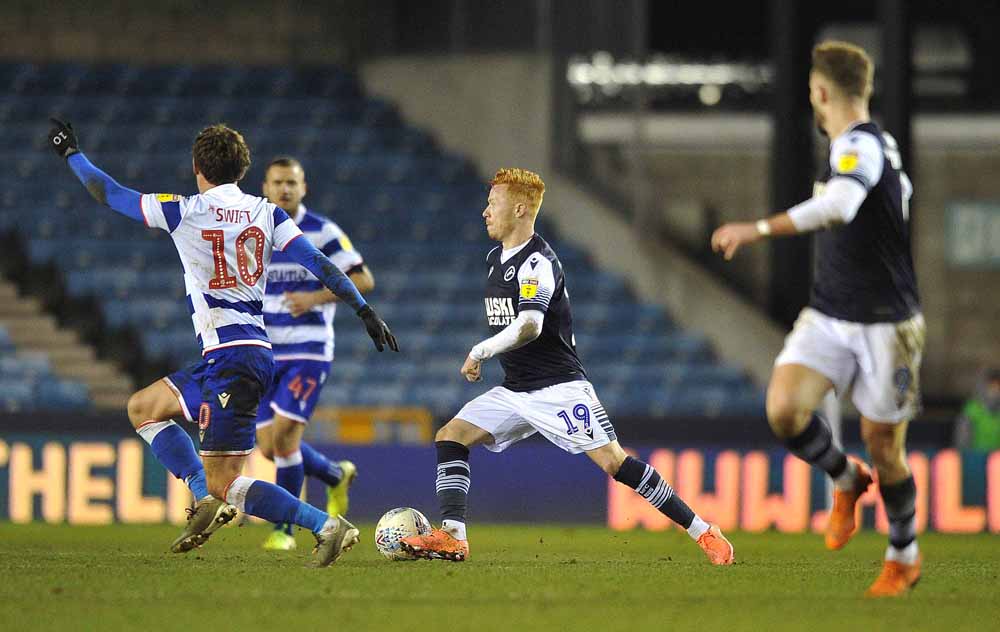 Brentford only had two chances on goal in SE16 – neither of them particularly great ones. Derby could only manage one in Millwall’s 1-0 win at Pride Park. Stoke produced the same meagre number in the previous weekend’s stalest of stalemates.

When you look back at the Reading match, Rowett was absolutely bang on that no-one could contest his claim that Millwall could – and perhaps should – have won by three or four goals.

Tom Bradshaw had more time with a first-half chance which he could only flick straight at Rafael.

And the Reading stopper had a huge let-off when Smith headed just wide – his misjudged race off his line leaving the goal a gaping target.

The Lions were even better after the break although Royals playmaker John Swift, largely anonymous, did fritter away a rare opportunity from a quality Tyler Blackett cross. 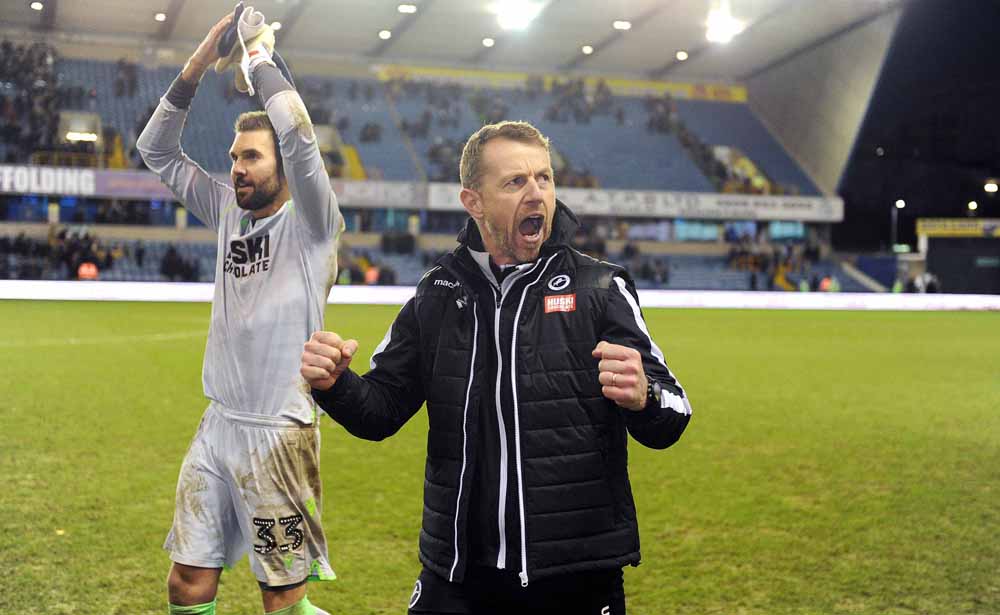 Smith made sure that miss proved costly as he scored his eighth goal since his summer move from QPR. All but two of them have come at The Den. He has been involved in nine of Millwall’s goals in his 12 appearances there – also producing three assists.

Usually you’d expect a response when a side goes behind with 19 minutes of normal time to play.
But it just didn’t happen.

The Lions ruthlessly went for the jugular to try and kill off the contest.

Jayson Molumby was unlucky when his shot clipped off Smith and out for a goal-kick.

The irrepressible Jed Wallace – who combined so effectively and dynamically with Mahlon Romeo down the Millwall right – was involved in the second goal.

A counter saw a three-on-three situation and Wallace produced perfect pace on the ball to slip in substitute Jon Dadi Bodvarsson to clip over Rafael. 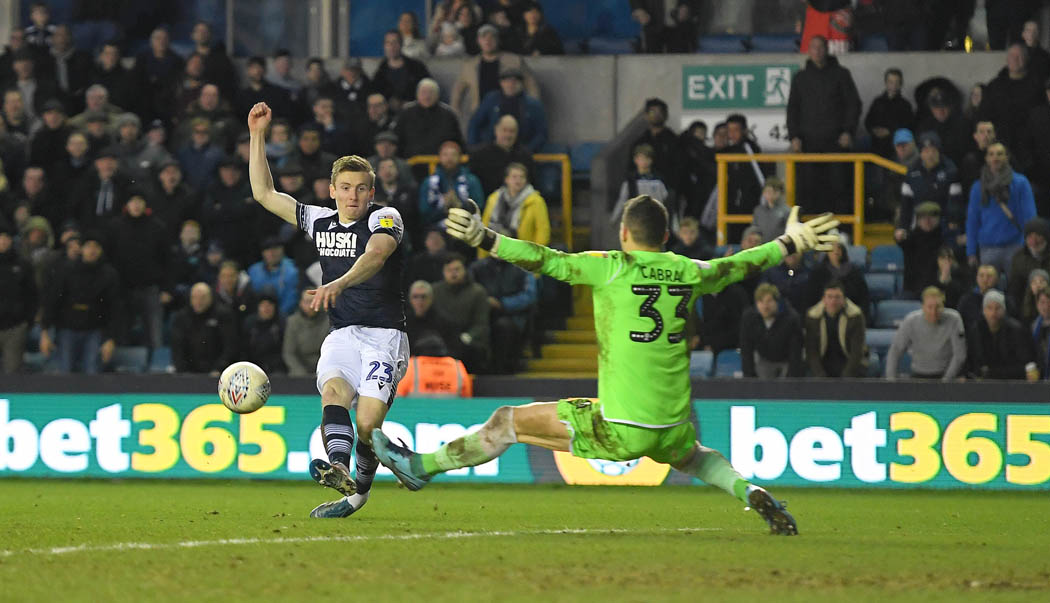 It was the number 23’s first goal in Millwall colours. Of course it came against a Reading side who deemed him surplus to requirements when they allowed him to head to South London in July.

The Lions could struggle to reproduce this performance. That’s how good it was in terms of so many aspects. It’s already been mentioned before that the pitch at The Den isn’t great but they still produced some slick passing and mixed it perfectly with more direct play. But they also had a desire and intensity to get about Reading when they were in possession.

Wallace and Romeo are a powerful influence on this rapidly improving team.

Quite where this team goes next is going to be intriguing to see.

The results mean that it hasn’t really been mentioned too much that they have been missing Ryan Leonard and Ben Thompson due to injury for an extended period. Shaun Williams still has two matches to serve of his ban.

When those trio are back then Millwall will have plenty of options in the middle of the park. Ryan Woods produced a solid showing on his debut after signing on loan from Stoke on Friday.

The indications are that Rowett could look to do one more deal before the end of the transfer window. It’s got to help in terms of attracting players that there seems to be something special brewing for the Lions.

One thought on “Richard Cawley’s big-match verdict: Millwall are playing like a team who believe Championship play-off place is achievable goal”