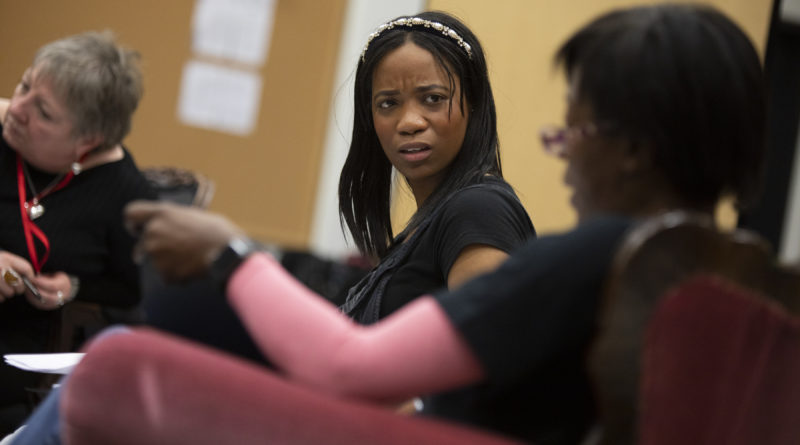 In 2003, the pioneering new company Eclipse Theatre was founded to create a programme of theatre to address the absence of black theatre on the regional middle-scale touring network. Since then the company has developed rapidly, becoming a National Portfolio Organisation and receiving regular funding from Arts Council England in 2011, and receiving an ACE Exceptional Award in 2014 to enable the launch of the company’s Revolution Mix, designed to stage what they describe as Hidden Histories, true stories that exist in a landscape of more than 500 years of black British history. This latest initiative committed to delivering 7 touring productions, a series of radio dramas and a film, alongside a series of events and participatory activity.

In a recent podcast for Theatre Royal Stratford East, one of the venues on the latest Revolution Mix tour, Eclipse director Dawn Walton said “there’s nothing more irritating to me than somebody getting very upset about a person of colour in a costume drama. This is the country of costume dramas yet we don’t really represent the world as it was then. We’re just trying to take some of those things on with these stories… it’s the missing bit of British history, so why would you lose those bits? We’re just putting them back where they belong.”

The latest production to emerge from Revolution Mix, THE GIFT by Janice Okoh, opens at Theatre Royal Stratford East on 29 January. Set in both 1862 and the present day, THE GIFT intertwines the true story of Sarah Bonetta Davies, a young African girl who was adopted by Queen Victoria and raised in the Queen’s circles, with that of a second fictional Sarah, a modern-day black middle-class woman staying in a Cheshire village with her husband and small child. In 1862 Sarah is due to return to Africa the following day but will she go? Meanwhile, in the present, Sarah’s neighbours arrive with a confession to make.

In a move reminiscent of Caryl Churchill’s Top Girls, bringing together women from different moments in history at a dinner party, Okoh brings the timelines of the two Sarahs together when they meet Queen Victoria for tea – but as much as tea may be a theme running through the play, at its heart it is about cross-racial adoption.

“I first heard the story of Sarah Bonetta Davies when I was at primary school” said Okoh,“but for many years I wasn’t sure if it was actually true or not. As part of my research, I read personal diaries and journals kept by Queen Victoria and got a real insight into their incredible relationship. The theme of cross-racial adoption is a difficult subject to tackle, but the comedic elements of the play allow me to do this in a way that is playful, as well as thought-provoking. It was also important to bring part of the story into the present day, as these are issues that are still relevant now.”