Written and performed by Jeannette Bayardelle, solo musical SHIDA has arrived at the Vaults following an award-winning run off-Broadway. Telling the true story of the troubled upbringing and early life of Bayardelle’s friend Shida, the show provides a virtuoso showcase for the performer who also won an NAACP award for her leading role in first US tour of The Color Purple.

The show follows Shida’s early life in the Bronx and her discovery, thanks in part to an inspirational teacher, of a love of writing. However a string of heart-breaking events, ultimately leading to substance addiction, sees her dreams put at risk. 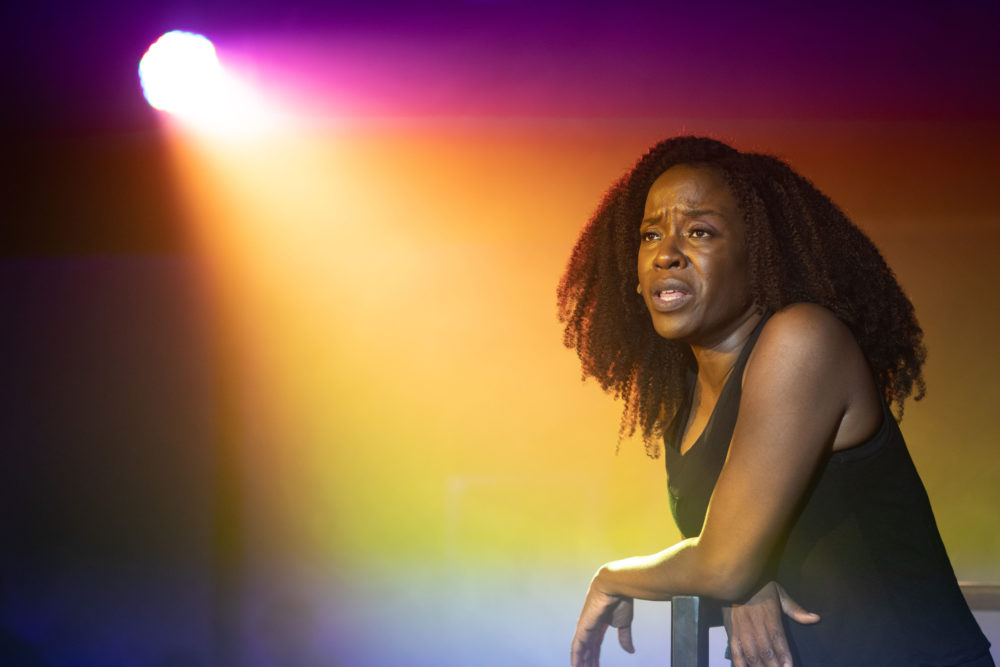 A solo musical is a huge challenge, not only to perform but to write, as what emerges often seems more like a concept album or song cycle and SHIDA falls into that trap. The narrative that intersperses the songs is well performed, with Bayardelle playing Shida and all those around her, but these sequences feel somewhat inconsequential. Rather than a narrative with a clean through-line, blending book, lyrics and music, this is a series of powerful, fun, moving or uplifting vignettes – but that is not necessarily a bad thing.

Ultimately Bayardelle’s vocals carry the day. Her voice really is astonishing – when she stops to tell us how hard the performance is, grabbing a drink before carrying on, it doesn’t shatter the fourth wall, as that wall is never really there. We’re at a concert where the performer can choose to talk to us if she sees fit, not at a play where we observe a world from elsewhere recreated in front of us. Listing the good songs would basically mean copying the song list out of the programme, but the angry What Kind Of God? stands out as a true showstopper.

All in all, seeing a talent as impressive as Bayardelle in a venue as intimate as The Vaults is a real treat – seek out the show before its short run ends.

SHIDA runs at the Vaults until 13 October – https://www.thevaults.london/shida