There is something almost universally appealing about a view of the artist as a tortured individual. Van Gogh’s paintings are surely as well-known as they are, at least in part, because of the gruesome story of him cutting off his own ear. Munch’s paintings, most famously The Scream, are invested with extra importance thanks to his well-known agoraphobia and the hallucinations he experienced. The celebrated Sylvia Plath was a depressive who committed suicide. So too was Kurt Cobain. Edgar Allen Poe diagnosed himself as insane before being found wandering the streets in a state of delirium and dying the next day. The mythology around Marlon Brando’s behaviour on the set of Apocalypse Now has helped make it an iconic piece of film history. In every case, their work seems to gain extra resonance because of the knowledge we have of their lives.

That is not to say that the work of each and every one of these artists is anything less than brilliant, that their place in the upper echelons of cultural history is not deserved, but as consumers of culture we love to look beyond the work to the creator of that work, and the work of those who struggle with life seems to endure more powerfully with audiences. Maybe we love to mystify the art of creation – “of course we can’t paint or write or sing or act like that because we’re not suffering like they did”. Perhaps their work is worth more because it was so hard-won. Either way, what results is a form of uncontrolled, self-fulfilling PR for that collection of artists.

Another artist who belongs on that list is Sergei Rachmaninoff, the subject of the musical Preludes now playing at Southwark Playhouse. Rachmaninoff was an astonishing composer from the late Romantic era who found world renown when he was just 20, but when his first symphony was massacred by a drunk conductor and an unforgiving group of critics, he withdrew into paranoia and anxiety for three years.

In Dave Malloy’s musical, which sees Rachmaninoff’s music fused together with Malloy’s own modern works, the writer endeavours to open a window into the composer’s mind during that period of mental instability. Played by two performers, thereby splitting the troubled young man’s mind from his public concert persona, we see “Rach” (fidgety, wide-eyed Keith Ramsay, surely a shoe-in for the next stage version of A Clockwork Orange) undergoing hypnotherapy, meeting the artistic greats of the day, and seeking permission from the Tsar to marry his cousin. Meanwhile Tom Noyes plays the version of the composer seen by audiences, the polished, black-tied musician, filling Southwark Playhouse with the unforgettable strains of Beethoven, Rachmaninoff and more. 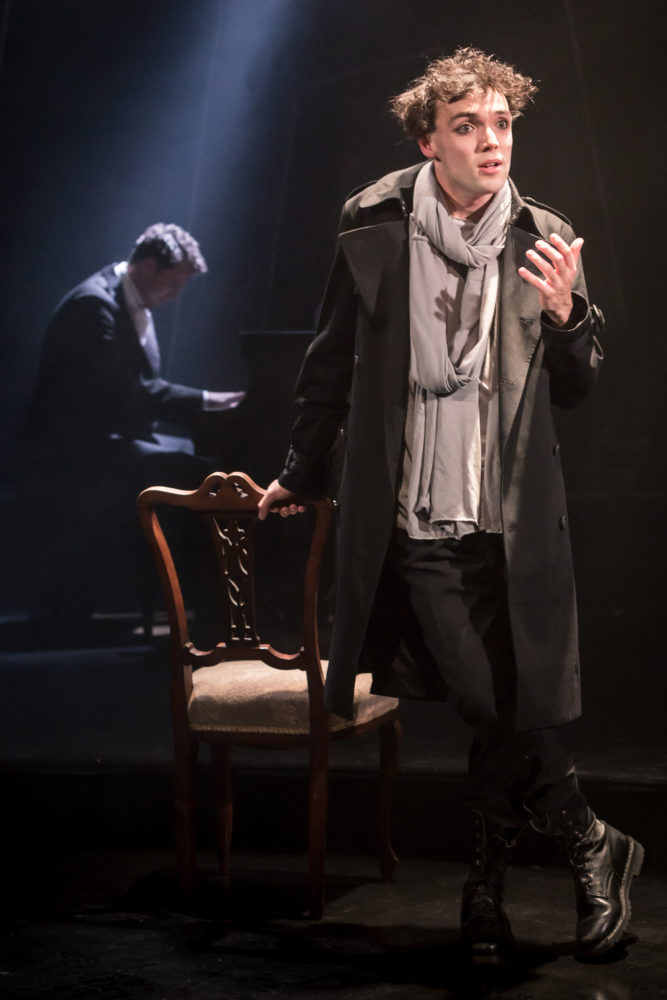 Malloy’s musical is inevitably, intentionally patchy, like the composer’s fragmented mind, but this is more than just an attempt to stage a state of paranoia. It is also an attempt to question our relationship with artists, and artists’ relationships with the generations of audiences that outlive them. There are interventions from the future (or is Rach making his own intervention into the future?), an ill-advised but beautifully lit mock-rock-opera number at the start of Act II, classical music fused with 80s synths, and costumes that are more Top of the Pops than turn of the century. However, with Act II in particular, this is also a show that challenges the musical form and comes up with something wholly new – and for that, it is absolutely to be applauded.