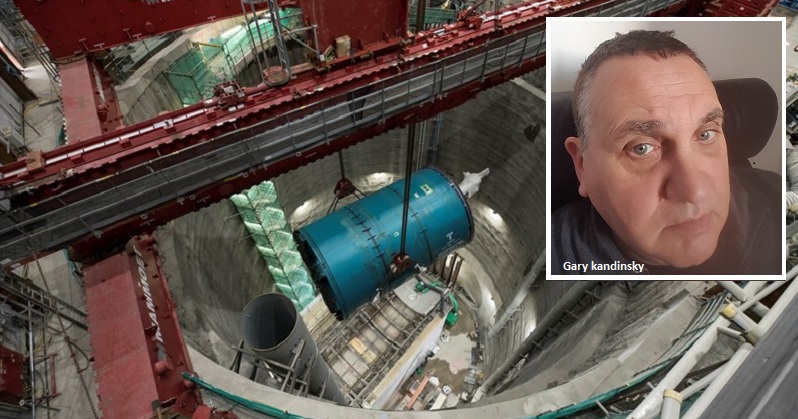 Residents plan to blockade a construction site after many claim they were unfairly left in their homes during disruptive construction work.

Building company Tideway, which has been building the new Thames super sewer for two years, has moved families to hotels for two days of noisy work starting today.

It will be completing a vital 36-hour concrete pour today and tomorrow on their riverside site at the Chambers Wharf Estate in Bermondsey.

Some residents have been placed in hotels – but others plan to block access to the site from 8am today as they claim Tideway discriminated against families who were not put in temporary accommodation.

Loud noises, vibrations and dust pollution have affected the residents’ well-being during the tunnelling phase of the seven-year project.

Around 30 families have been given temporary accommodation during the construction period. Other families in similar situations were not supported for stays in hotels or bed and breakfasts.

Construction has taken place for 24-hours-a-day, seven-days-a-week for a two-and-a-half year period.

Dust pollution and loud noises will continue to cause residents problems during the 35 hour pour.

Residents have already reported suffering from asthma and anxiety-related rashes.

Many vulnerable residents suffering from mental and physical health conditions live on the estate.

Elderly residents and young families have also been affected by the construction.

Heather Mulkerrins organised the blockade and will be joined by many other families – and they have sent letters to Tideway’s chief executive Andy Mitchell.

Ms Mulkerrins said: “I was refused respite based on my flat not facing the site.

I have four young children and three of them have respiratory problems. Their problems are so bad the dust affects them when they have to pass the site everyday to go to and from school and when they play.

“I have one child with sleeping problems who is under the care of sleep specialists. The noise of the lorries coming and going through the night is going to affect her even more. The weather is hot at the moment so I cannot keep windows shut as it is not good for us.

Also I was informed by a neighbour who lives below me, and faces the same way as me, that she had been awarded respite. This makes no sense as I was informed by the ICP and the ICC that the only reason we were declined was based on the fact our flats do not overlook the site.”

Many residents of Chambers Wharf were relocated to the area from the doomed Aylesbury Estate. They were allegedly not told about the disruptive construction site before moving.

An Independent Compensation Panel employed by Tideway decided who was granted respite. The panel was made up of health experts and other professionals.

Wider circumstances including proximity to the site were considered, rather than individual situations.

A spokesman from Tideway said: “At the start of our project, an Independent Compensation Panel was established to enable residents living near our sites to apply for mitigation and support if they felt they were adversely affected by the work involved.

“The panel is formed of independent experts ranging from health professionals to noise specialists, and each decision is based on an individual’s circumstances – including proximity of their home to the site, health and other personal circumstances.

“Chambers Wharf is a key site for construction of London’s super sewer to stop sewage pollution in the River Thames. We work closely with the local community to keep them informed of our work and to minimise disruption as much as possible.”

Gary Kandinsky lives overlooking the site and continues to work with Southwark Law Centre for a legal solution for residents.

Residents’ cases have been submitted to the Equality and Human Rights Commission.

Legal action is being considered by barristers on the hardship residents have faced over the past two-and-a-half years.

Mr Kandinsky said: “It is hard enough to breathe in inner London with air pollution as it is. I am concerned that some people and children with asthma have not be given the facilities to stop this from becoming serious.

There was a teenager who was recently taken to hospital during a severe asthma attack. Her grades dropped in the vital GCSE year and the school were worried about her coughing.”

Their homes cannot be easily adapted with secondary glazing and air vents that residents were promised by Tideway.

Mr Kandinsky, who argues vulnerable families should have been automatically approved for assistance, has been knocking on residents’ doors to help them in any way he can.

Mr Kandinsky said: “While I am around I am making sure to check on people and help any of the residents who have appealed their denial for respite.

If I was one of the residents who was denied I would be livid so I just want to help them however I can.