With the dust beginning to settle from the general election, artists around the country are finding ways to respond to the result. The divisive nature of politics often leads artists to make work with a strong message, whether in favour of or in protest against the winning faction – something which Marie Hamilton and Sharp Teeth Theatre Company are set to share when they arrive at Greenwich Theatre in February.

Hamilton explained where the inspiration came from for the company’s latest work – a radical musical reworking of POLLY, the sequel to John Gay’s The Beggar’s Opera.

“I brought the idea of adapting POLLY to our director Steph Kempson in 2017. It was in the wake of the Brexit referendum and the Trump election, and I knew instantly, like a bolt from the blue, that this gender-bending, anti-colonialist, proto-feminist play needed to be re-written, by women, right now.”

If that moment in 2017 was defined by the referendum and the US election, then late 2019 will surely be known for the Conservative landslide and the potential Presidential impeachment – which means the issues which inspired the work back in 2017 are still as relevant now that the musical has been completed. However, for Marie, these issues are not limited to this century – they have been live for hundreds of years. 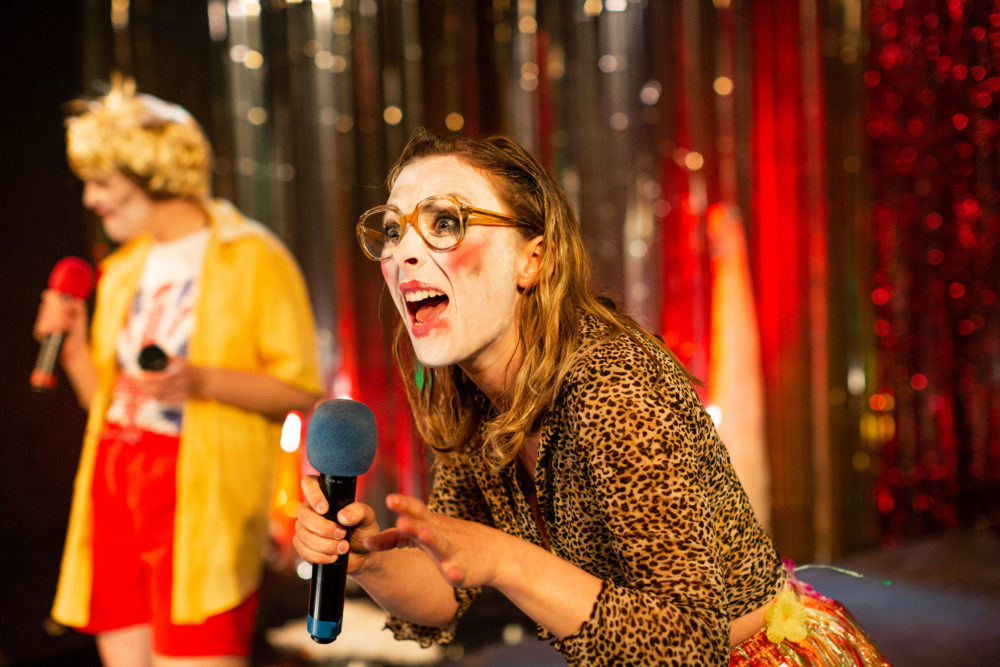 “Most of what women were going through” she continued, “and putting each other through, in the 18th Century when POLLY was written is still alive and well in the 21st. We still slut shame, we still put virginity and purity on a pedestal, we still tell women who work they’re not worth anything because they’re not mothers, and tell mothers that they’re not worth anything because now they’re irrelevant, old mothers. We still put the vast majority of societal worth for young women on how they look rather that how they think and read article after article on how embarrassing it is that someone’s got fat now, or got too thin now. We still hate the other woman when a man cheats and forgive men who treat us terribly, we still idolise the ‘lovable rogue’, the ‘bad boy’ and forgive them over and over. And we still live in a country where according to The Office of National Statistics an average of seven women a month are killed by a current or former partner.”

Writing political work like this, whether satirical or dramatic, can run the risk of being dogmatic, preachy or losing track of theatre’s imperative to entertain while it educates. That is not an accusation can that be levelled at POLLY. The show is a viciously satirical, unashamedly sexy, very funny ‘not-quite-musical’ – complete with techno, tracksuits and palm trees.

“The show is packed full of laughs and is very silly” Hamilton concluded, “because my God do we all need a good laugh nowadays, and because we want everyone to leave feeling inspired, empowered, and having had a really great night out. No one wants to go to the theatre and be smacked round the head by Germaine Greer with a Mary Wolstencraft anthology. But the satire does run deep because societally these problems run deep, and yes, unfortunately it’s totally relatable to the present.”

POLLY (THE HEARTBREAK OPERA) is at Greenwich Theatre on 14 & 15 February 2020
www.greenwichtheatre.org.uk