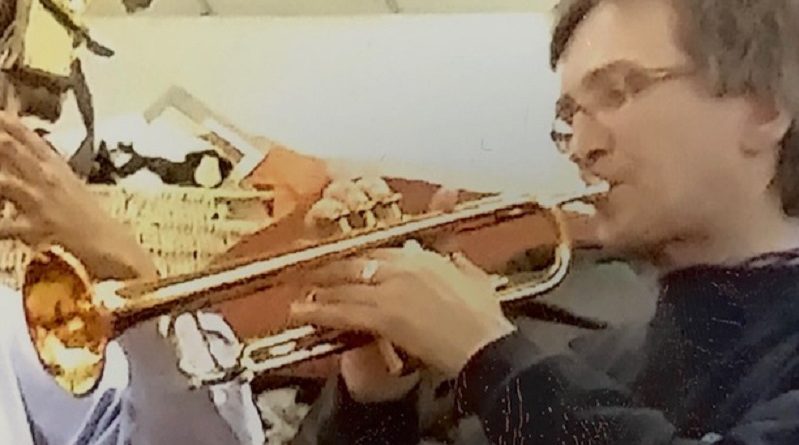 A post-mortem carried out on a man whose remains were found in a house in Barnes gave the cause of death as a stab wound to the chest.

The 53-year-old has been formally identified as William Algar, pictured above, and was known to friends and family as Blaise.

Mr Algar lived at the address where he was found in Nowell Road and was discovered during a search of the property on January 3.

His family said in a tribute: “We are utterly horrified to lose our son, brother, brother-in-law, uncle, friend in such tragic circumstances.

“William Algar, also known as Blaise, was an incredibly talented musician and a gentle man. He was a brilliant jazz trumpeter and his playing brought joy to so many people.

“He was also a very vulnerable man.

“We hope that someone, anyone, can provide vital information to ensure those responsible for his death are brought to justice as swiftly as possible.

Officers attended Mr Algar’s house after concerns had been raised about someone living there.

His family have been informed and are receiving support from specially trained officers.

Detective Inspector William White is leading the investigation and said: “Blaise’s family are completely devastated by the loss of their son and brother and we continue to investigate the circumstances surrounding his murder.

“I am now turning to the public and anyone who knew Blaise to tell me what they may have seen in the time leading up to his death.

“I am specifically interested in hearing from anyone who had contact with him during November and December. Blaise was known to visit the local shops in the Castlenau area – did you notice him or speak to him?

“I am also keen to hear from any residents in and around Nowell Road who have yet to speak to us – in the months prior to Christmas did you notice people you did not recognise coming and going from Blaise’s house during the day and night?

“Any information you might have could assist us in establishing Blaise’s movements in the time leading up to his death.”

Anyone with information that could assist police with their enquiries is asked to contact the incident room on 020 8721 4054.

You can also contact the independent charity Crimestoppers 100 per cent anonymously on 0800 555 111.

A 17-year-old from Kensington and Chelsea was charged with murder on Monday, January 6 and appeared at the Old Bailey on Wednesday, January 8. The next hearing is scheduled for February 16.