More than 4,000 people saw out the end of summer in Victorian style with a festival on the end of a historic pier.

Residents flocked to Erith’s iconic pier on Saturday of last week to enjoy live music all day from buskers and local bands in the Beer on the Pier tent against the backdrop of Erith’s riverfront.

The popular Erith Kitchen moved to the Pier for its last outing this summer and people were able to test their taste buds with pizza, waffles, jerk grill, ice cream and West African food from a variety of street food stalls, including Yummy Waffers and Fancy Pizza. 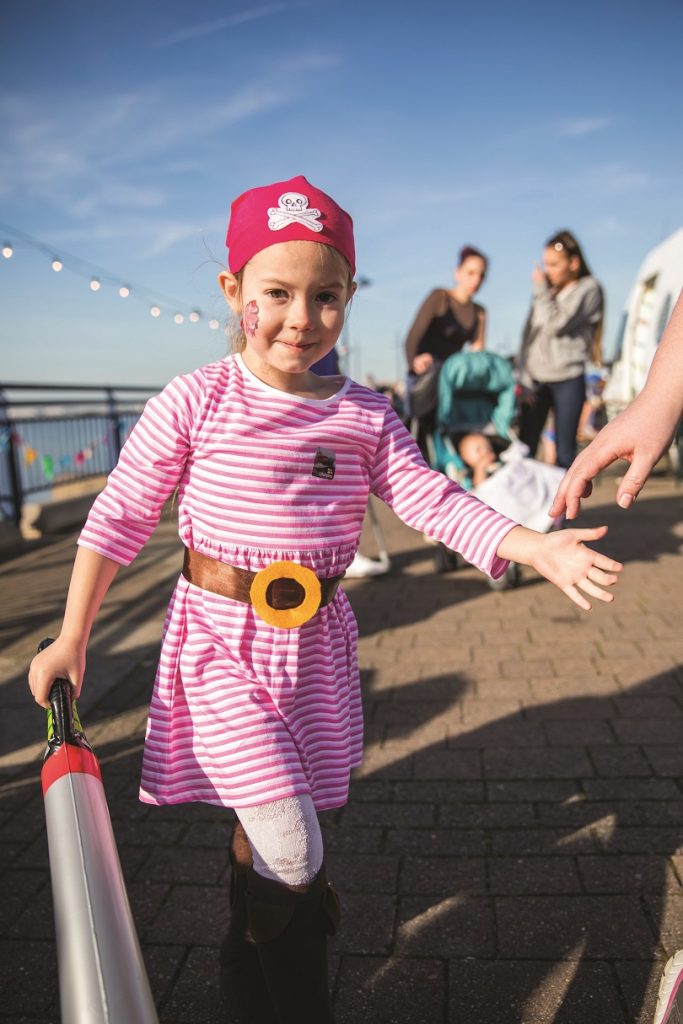 There was also family fun with Pirates on the Pier. Sponsored by Orbit Housing Association, children and families were able to enjoy face painting, storytelling, arts and crafts, a treasure hunt and a best dressed pirate competition.

A keepsake Erith Pier Festival commemorative cup was available to buy on the day. Those who missed out will be able to get their hands on one. The cups are £1 each and can be bought from Erith Library while stocks last.

Councillor Louie French, deputy council leader and cabinet member for growth,  said: “I’m delighted to have seen Erith pier brought to life by thousands enjoying one of the last days of summer at this unique festival.

There was a brilliant atmosphere and we had the weather on our side on the day.

The day-long festival was organised as part of the Greater Erith Regeneration programme, funded by the town hall and the Mayor of London. The festival was also supported by Morrisons.

To keep up-to-date with what’s going on in Erith and to find out more about the Greater Erith Regeneration programme, visit www.greatererith.com