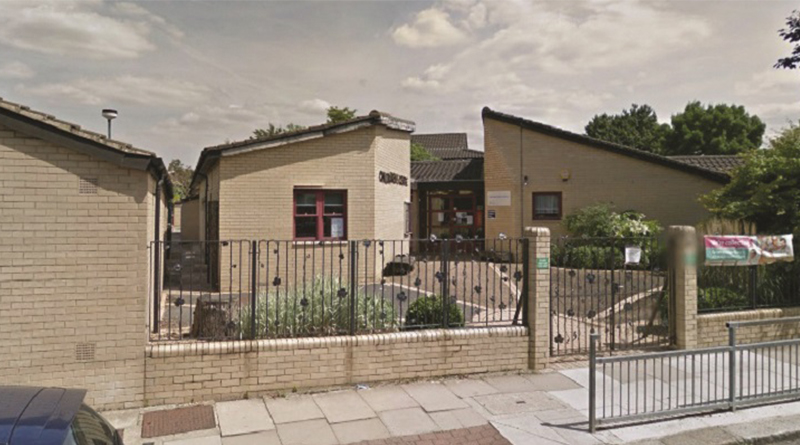 An academy trust has decided to close a special needs nursery and children’s centre because of lack of funds shortly after awarding its chief executive a £36,000 pay rise – and £12,000 in back pay.

But parents of 90 children at Cherry Tree Children’s Centre in Barston Road, Dulwich are now set to challenge the threatened closure, scheduled for next month, in the highest court in the land.

They raised the thousands of pounds needed to mount a judicial review of the decision in a matter of hours, such was the furious reaction to the closure, which would mean the loss of 67 full-time childcare places and 20 staff jobs.

Kate Atkins, chief executive of The Great North Wood Education Trust and headteacher of Rosendale Primary School in West Norwood, received a £36k pay rise and a £12k lump sum for 17 months’ backdated pay in October last year, despite ordering a Children’s Centre and Nursery under her management to close just months later due to a lack of funds.

One parent said: “We find the most shocking part being the 18 months’ backdated increased pay – from March 2017 to October 2018 – at a time when the trust knows it has to save money and is cutting back on services in the trust itself.”

The minutes say of its savings: “These included the loss of Music Trax, the gardener and artist in residence, and reductions in speech and language provision and IT support. Free adult meals would be terminated.”

Parents put a costed list of savings to the school on July 6 but the trust has not yet responded.

Cherry Tree Children’s Centre, which has a long waiting list, was handed to The Great North Wood Education Trust by Lambeth council in 2017 in a deal which meant the trust received the site for a peppercorn rent for 10 years.

Parents were shocked to receive a letter at 4pm on Friday, April 5 announcing closure, just after the trust’s main site at Rosendale Primary School had shut for the Easter holidays.

They were told that they had to wait a further three weeks until a proper meeting with the trust could be held to discuss their children’s futures.

“The manner in which the trust has conducted itself is absolutely appalling”, said the mother of one Cherry Tree child.

“Some of the children have special education needs and there’s been no proper assessment as to how they will be impacted.”

Lambeth council funds have been spent running the site in the form of staff pensions but the 2017 transfer deal mean it is a private nursery.

Another parent said: “How the chief executive, Kate Atkins, can justify taking £120k in a back-pay agreement as well as increasing her salary by £90k per annum, when it appears the trust can’t even keep a heavily-subsidised oversubscribed nursery open.

“Closing Cherry Tree makes absolutely no sense at all. We’ve asked lots of questions of the trust and the figures we received after making FOI requests make little sense. There should be no way a successful children’s centre and nursery can be transferred to a multi-academy trust in a way that puts it on a road to closure.”

A group of more than 60 parents, Cherry Tree Action Group (CTAG) is looking to take over management of the centre if the trust pushes ahead with the closure move.

They want to establish a not-for-profit local co-operative – but even then, they might not be able to reopen again until Spring 2020.

Temujin Gill, spokesman for CTAG said: “This situation should never have happened. If the council and the trust had sat down and dealt with this properly six to eight months ago, our children would still have a nursery to go to.

“A way must be found to keep Cherry Tree open until new management is phased in. Otherwise Cherry Tree is unlikely to reopen as it exists today; or indeed, possibly ever again.”

CTAG has asked the council to reinstate its subsidy of staff pensions temporarily so the trust can extend its tenure and effect a smooth handover; and, all furniture and teaching equipment must be left in the building instead of being taken for use at Rosendale Primary School so that set-up costs aren’t prohibitive.

Parents say the town hall should have consulted them about the closure of Cherry Tree – and it cannot fund, subsidise and direct its operations and yet allow its closure against the wishes of residents.

They also claim no provisions were made in the handover for staff pensions, which blew a hole in the trust’s balance sheet.

“Since converting to academy status, Rosendale school which runs Cherry Tree has faced significant financial pressure and can no longer afford to continue running childcare at the site.

Childcare services are scheduled to end at the end of August 2019, to allow parents to make alternative arrangements.

“Lambeth council has worked with Rosendale school on trying to maintain this provision and will now look at alternative uses for the building in the future, including the possibility of a new childcare provider taking over the site.”