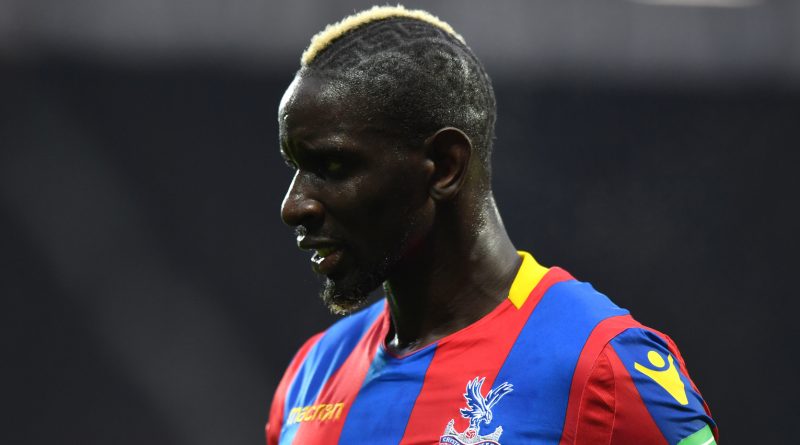 The Crystal Palace defender was suspended from football for 30 days in April 2016 after testing positive for a fat-burning substance called higenamine whilst playing for previous club Liverpool.

However, the 29-year-old was cleared by UEFA’s disciplinary body after it found the substance was not on WADA’s prohibited list.

Last week Sakho sued WADA over claims his ban ended his career with the Reds and meant he missed out on a place in France’s squad for the 2016 European Championship.

WADA denies direct responsibility for Sakho’s January 2017 move from Liverpool to Palace, arguing it was caused by “disciplinary issues” and a “personality clash” with Anfield chief Jurgen Klopp.

Sakho said: “Maybe people are following what happened but I left my lawyer doing the job. I am really, really focused on the pitch, on doing my work. my lawyer has been doing the job for three years so it is not my part.

“For the WADA side you can ask my lawyer. I don’t know if it will be over soon.”

The former Paris Saint Germain captain made his first start since February in Palace’s 2-2 pre-season draw with south London rivals AFC Wimbledon on Tuesday night. Sakho has been sidelined with a knee injury suffered in the 4-1 victory at Leicester City in March but made his comeback as a second-half substitute during Saturday’s 5-0 win over Bristol City.

A brace from the 17-year-old winger Brandon Pierrick was not enough for an inexperienced Eagles side that was bulked by the inclusions of first-teamers Sakho and Connor Wickham. But the defender was pleased to be back in the team after 5 months out.

“When you are a player like me I always want to be on the pitch,” Sakho said after completing 60 minutes against the Dons. “When I am outside you cannot sit around me because I will slap you because I’m really excited.

“Of course, it is really hard to watch a game [from the sidelines] but now I am back and step by step I will give my best to do my part for the squad, because the most important thing is the squad. Any player is not bigger than the club.

“That [five months out] was the schedule for me. When I did my meniscus, all the doctors and the physios did a great job, they gave me a new meniscus because they didn’t remove anything – they repaired it 100 per-cent so I’m really happy about that.

“Every week I am improving. You can see like 20 minutes last week and now 60 minutes. It’s the best step, I don’t want to talk too quick.

“I feel good. The physios and the doctors, they did a really great job and I’m really happy about that. Dr Zaf [Dr Zafar Iqbal, first team doctor] and other doctors I saw in Dubai and in France, they tried to find the best way to help me and they did it. I’m really happy and I want to say thanks to them.”

It has been a tough summer for Palace. The absence of Sakho and James Tomkins has meant Roy Hodgson has only had two first team central defenders all pre-season.

The Eagles have also only made two signings – third-choice goalkeeper Stephen Henderson and the £2 million capture of last season’s loanee Jordan Ayew.

That is in spite of losing Aaron Wan-Bissaka in a £55 million deal to Manchester United and having only 20 first team players on their books. There were also rumours surrounding the future of Wilfried Zaha, but the 26-year-old forward looks set to remain at the Selhurst Park outfit.

However, Sakho – in his typical composed and calm fashion – is not worried. He said: “That’s football. Every year you have a few players who leave the club, you have a few players who will sign for us. The most important thing for us is to be focused and to leave the chairman and the manager to do their job. For us we have to work hard and try to be ready for the beginning of the season.

“The most important thing for me is to have the focus and the full vision on the club. Every year we have a few players leave us and some sign. For Zaha there is a situation for him, but I leave that for the chairman and the people who have to work to make the best choice for the club and for him. After that we will see which players we have for the start of the season and we will work hard to try to give our best.

“Everyone is important. We’re all working hard just to be the best we can. Wilf is a really good player, we all know that, just like Christian [Benteke], like Tomkins. You know, lots of [good] players. Every player gives what they have to give to be a part of Crystal Palace.

“You would have to ask the manager [if Palace need new players]. The chairman knows the squad, he knows what he has to do. If he needs players, he will bring them, if he doesn’t then he will leave the squad like this. For us, we have to work hard and be focused on the pitch.

“I’ve played in different teams, in PSG, in Liverpool, in every pre-season you have lots of [talk about transfers]. We are players so we have to talk on the pitch.”