Millwall were knocked out of the EFL Cup on penalties by Oxford United – losing 4-2 in the shootout.

But the Lions looked to have the match won in normal time as they led 2-0 with 87 minutes on the clock, Jon Dadi Bodvarsson with a double either side of the interval.

Two goals right at the death for the hosts – a deflected Mark Sykes shot and James Henry penalty – turned it into a dramatic finish.

Both clubs made eight changes for the tie and Lions boss Neil Harris handed a first start to Billy Mitchell. The 18-year-old midfielder backed up the faith shown in him – tidy in possession and also energetic with his work off the ball.

Former Reading striker Bodvarsson could easily have walked off with the match-ball as he had the chances to claim a hat-trick.

Bodvarsson was off and running in a Millwall shirt in the 29th minute. Tom Elliott provided the flick on and the Icelandic international beat his marker before finishing confidently past Simon Eastwood.

The Oxford keeper had made a good save low down to his left to deny Shaun Hutchinson eight minutes earlier.

United had chances of their own and Luke Steele was forced into strenuous action of his own – parrying away Rob Hall’s quality free-kick and turning a low drive from Shandon Baptiste around his left upright. 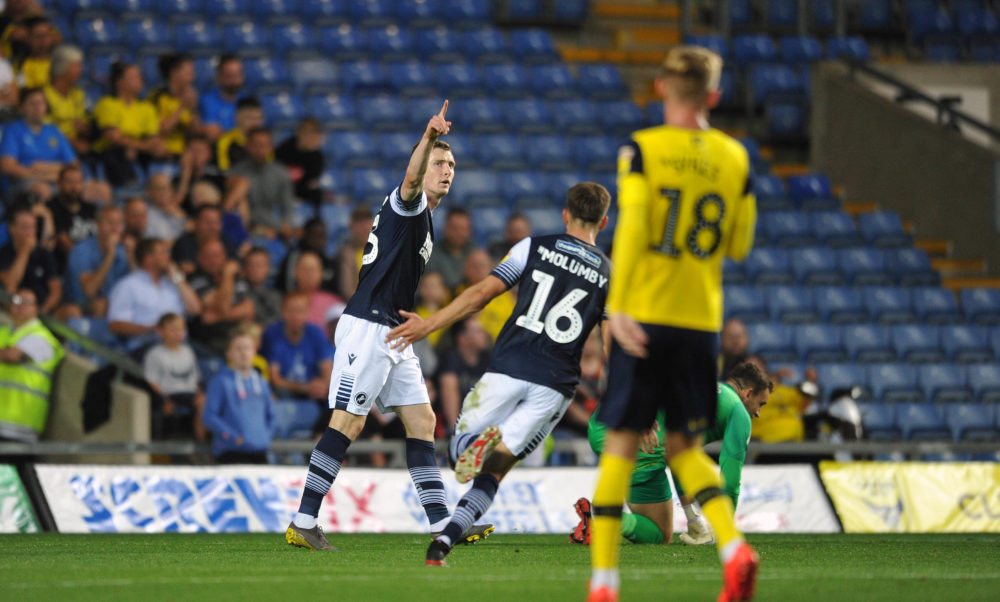 Millwall passed up a good chance as pressing by Jayson Molumby and Aiden O’Brien ended with an underhit backpass. O’Brien got there before Eastwood but his ball was misjudged by Molumby as it trickled harmlessly by the Brighton loanee.

Oxford manager Karl Robinson was left incensed by a penalty appeal just before the half-time whistle – Hutchinson appearing to pull the shirt of Baptiste – and the former Charlton chief waited to confront referee Craig Hicks as he left the pitch.

Bodvarsson had his second of the night on 52 minutes. Right-back Jason McCarthy sent in an inviting cross to the near post and the number 23 guided his header beyond Eastwood.

Just moments later he was on for his hat-trick after being put in by O’Brien on the left of the penalty area, but his low shot struck the base of the post and went out for a goal-kick.

Oxford ensured there would be a nervy finish for the visitors as Mark Sykes’ shot deflected off Jake Cooper to wrongfoot Steele just before the end of normal time.

There was another twist to come. A floated ball into the Lions box was flicked on by Cooper and substitute Ben Woodburn was brought down. It was left to former Millwall winger Henry to drill home the spot-kick and take the contest to a shootout.

Bodvarsson clipped the top of the bar with the second attempt and Shane Ferguson, taker number three, saw his penalty saved by Eastwood.

It was left to John Mousinho to ensure Oxford successfully converted all four of their kicks to progress.