BY MAX HALL AT THE CHERRY RED RECORDS STADIUM

It is a curious reversal when a football manager faces the microphones during his matchday post mortem and insists his side have been outplayed while his interrogator believes they have just witnessed a comfortable victory.

Admittedly Wimbledon had put their fans through the wringer in a desperate last couple of minutes of added-on time on Saturday.

The usually reliable Deji Oshilaja conceded a pointless corner by heading behind a ball that was dropping safely into touch and when substitute Anthony Wordsworth broke upfield without support, he simply battered the ball 30 yards ahead of him in a blind panic. 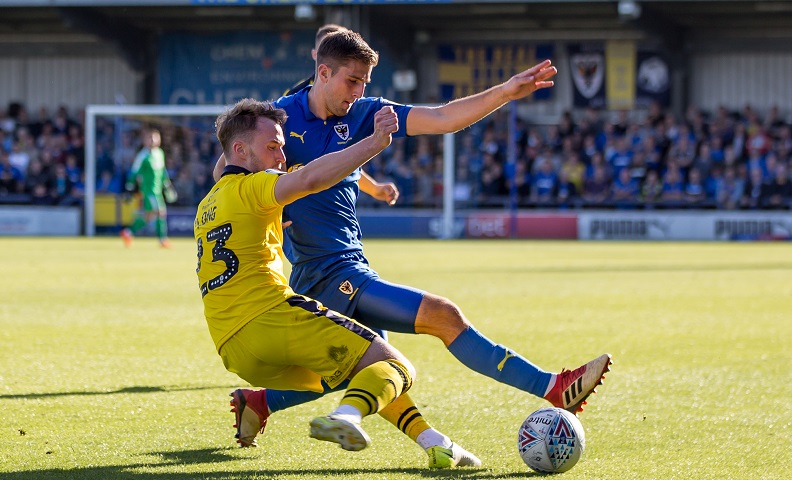 But to insist Oxford had been unlucky, that they had been the better side – as Wimbledon manager Neal Ardley did after the game – came as a surprise.

It was true that the U’s were playing all the football and that the hosts were penned in their own half for much of the second period, but Joe McDonnell’s goal was rarely threatened.

That losing manager Karl Robinson – forever the pantomime villain in this parish, thanks to his association with Milton Keynes – was unable to point to any controversial penalty decisions, any unlucky strikes that came back off the woodwork or astonishing misses, is down to the discipline of Ardley’s young side.

Having taken a perfectly deserved two-goal lead through a Scott Wagstaff header and a clinical Joe Pigott finish – following a typically muscular surge into the box – the Dons shut their opponents out.

That they were unable to press slick passing opponents as energetically after the break should come as little surprise, Andy Barcham in particular having shuttled back and forth relentlessly down the left-hand side to apply as much diligence in defence as going forward. 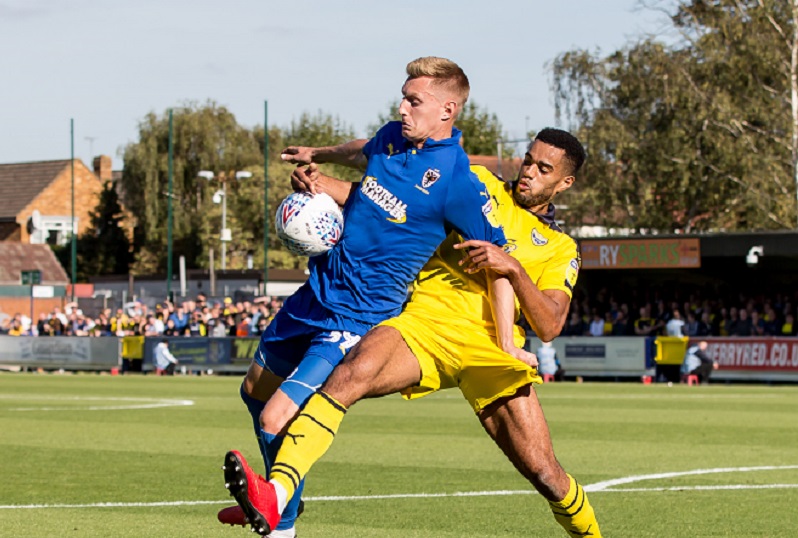 With Pigott supplying defensive headers as early as the 43rd minute, and Tennai Watson showing impressive maturity in the face of former Charlton winger Ricky Holmes’ attempts to rile him – a curious Holmes v Watson scrap that one – it was a defensive effort that would have had Sam Allardyce or Tony Pulis purring.

And there lies the rub. Arch pragmatists have a tendency to become deeply unpopular with supporters and, having heard loud boos from one end of the ground when he hooked Pigott in the 68th minute, Ardley felt the need to issue a mea culpa for the lack of free-flowing football from his side as they claimed a much-needed first home win of the campaign.

Ultimately, of course, the manager’s decision was vindicated, with the tweak to a 4-1-4-1 helping his side see out the victory, albeit after that unnecessary late panic. 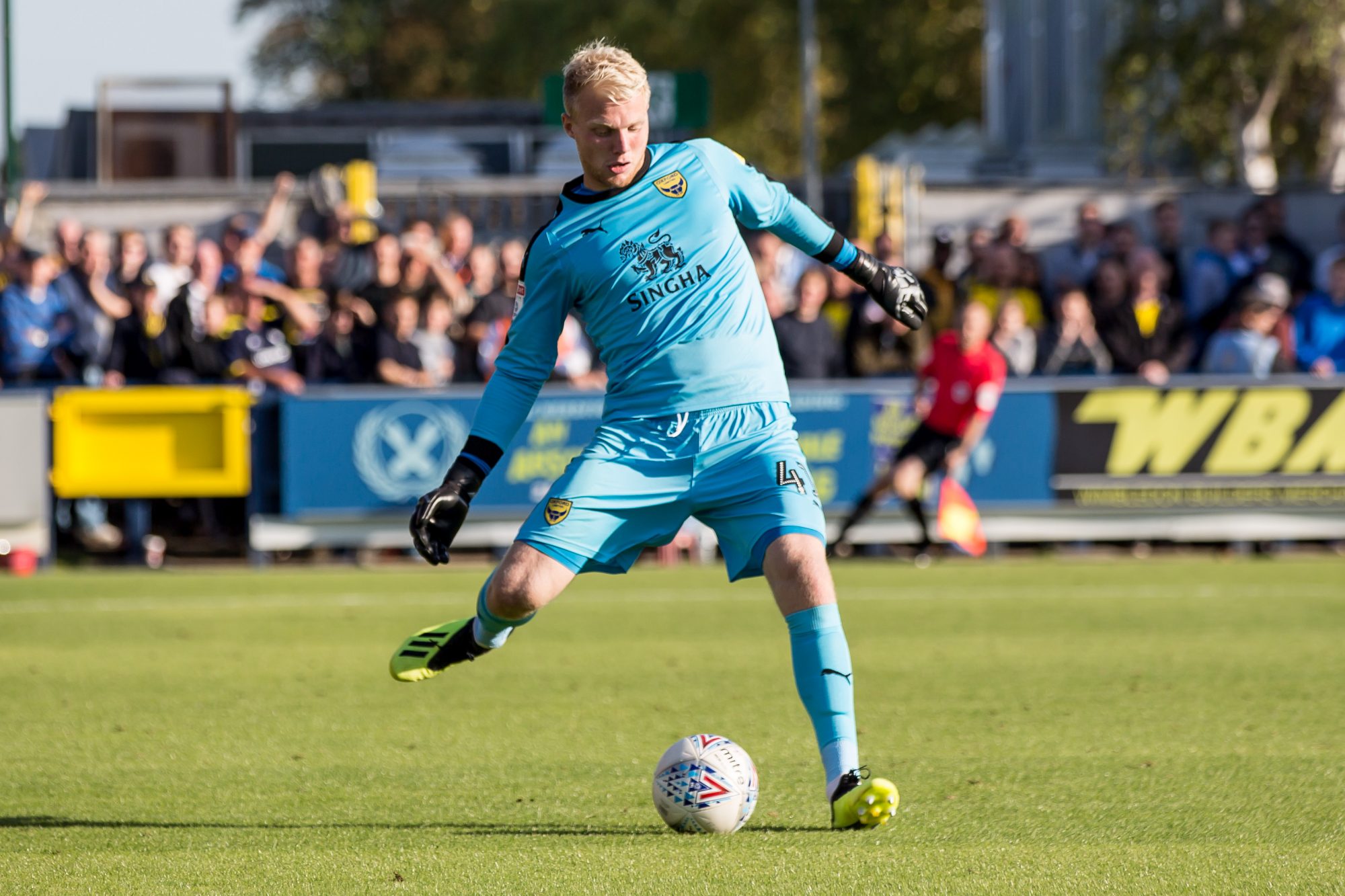 The change had come immediately after the first sign of a crack in Wimbledon’s stubborn defence – excepting Cameron Brannagan’s 43rd minute goal for Oxford, that is – when U’s substitute Shandon Baptiste was afforded too much time to turn and shoot on goal in McDonnell’s area in the 66th minute.

The change in formation resulted in a typically fluid Ardley solution, with striker Jervis – who started up front in tandem with Pigott – tasked with coming in off the right side of midfield to link up with substitute Kwesi Appiah when the hosts had possession, ensuring a more offensive 4-1-3-2 on the ball.

There is still work to be done though, and the Dons manager will have noted with concern the fallibility demonstrated by the usually solid Oshilaja, who at one point shanked a clearance, trod on the ball when trying to recover and then compounded his sins by reacting far too slowly to the resulting throw in. 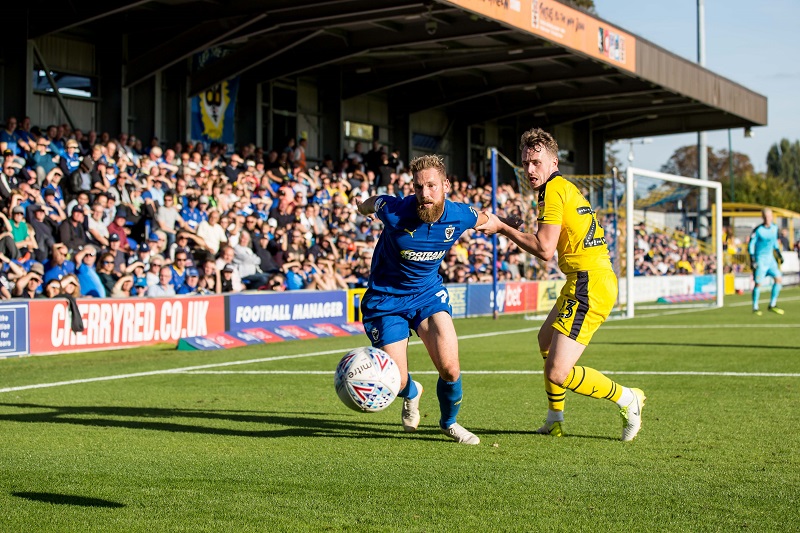 Goalscorer Wagstaff too, though he claimed a second in two games, had his unwillingness to track back with any vigour thrown into sharp contrast by the efforts of Barcham on the opposite flank.

Second best may have been Ardley’s post-match verdict, but one suspects he would be happy enough for a similar outcome at home to Bradford tonight and at Plymouth on Saturday.