It was a weekend of mixed fortunes for Lewisham Moto3 racer, Cameron Horsman, as he crashed out of the first race at Oulton Park but bounced back with  a win in race 2 to keep his championship hopes alive.

In a tricky qualifying session on a drying track, the teenager left it to the last few seconds to put himself 2nd on the grid, just 0.6 off the pole time of championship rival, Scott Ogden. 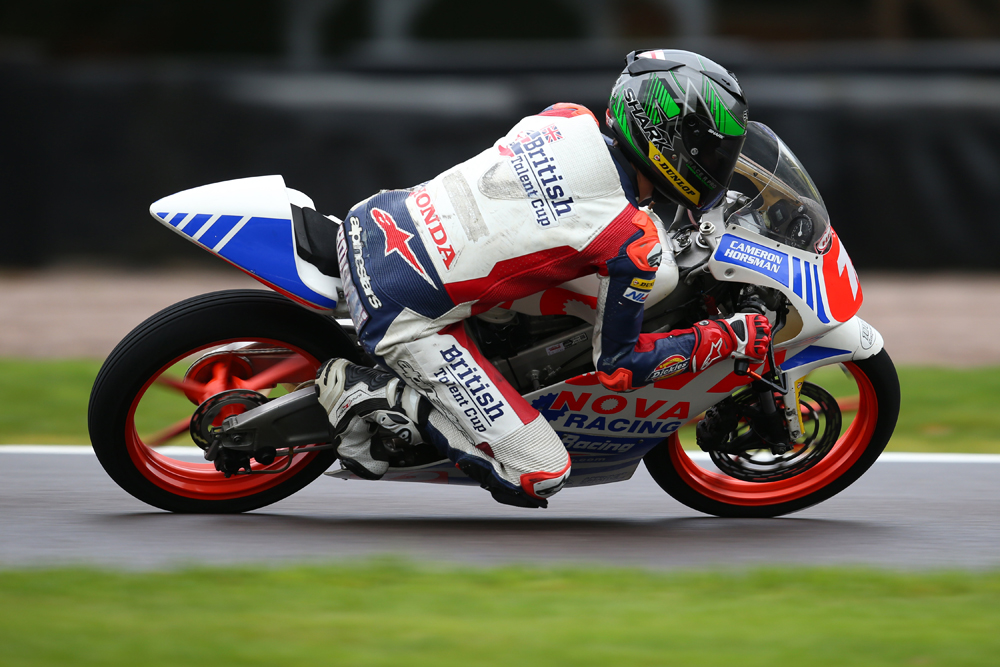 Making the most of a flying start in Saturday’s race, Horsman quickly took the lead, followed, as usual, by Ogden as the pair gapped the rest of the field with ease.

With nothing to separate them lap after lap the deadlock was finally broken when Horsman lost the front at Hislops on lap nine, gifting the race lead to Ogden who could then afford to cruise around for the remaining laps to take the victory and a very damaging 25 points to open the gap up to 27. 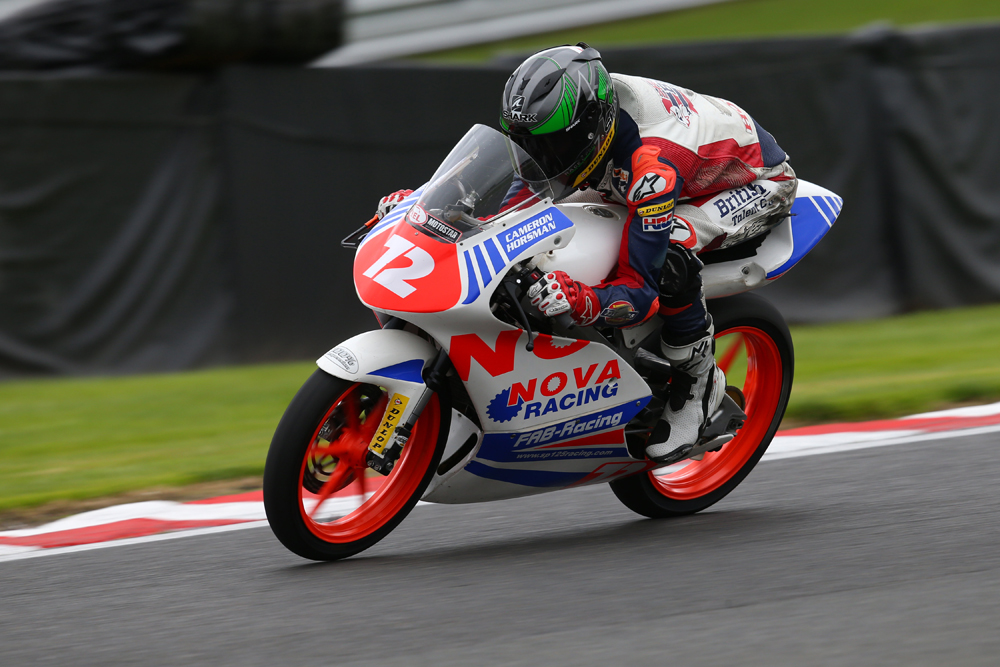 The Cheshire track was once again blessed with dry weather for the Sunday’s race and Horsman was in no mood for hanging around as he quickly took the lead off Ogden on the opening lap as the duo, once again, dropped the chasing pack.

As on the Saturday, the pair were neck and neck for the entire race with the Forest Hill racer managing to edge in front on the last lap. 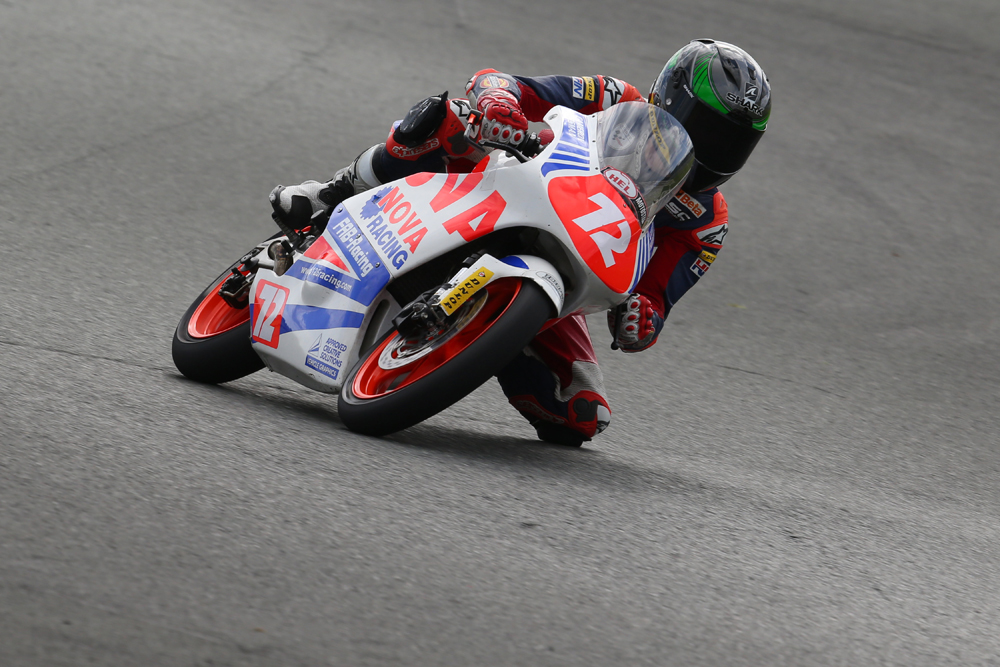 Approaching the final corner, Ogden tried a last gasp effort to grab the lead but Horsman kept it nailed to hang on for his third win of the season and more importantly, pull back 5 points on Ogden.

“I had good pace in both races but the fall in race one was costly. The win in race two was important mentally as well as for the points. Although I am twenty-two points behind I will be doing my best to try and win the championship. I’d like to thank all my sponsors including Nova Racing.” 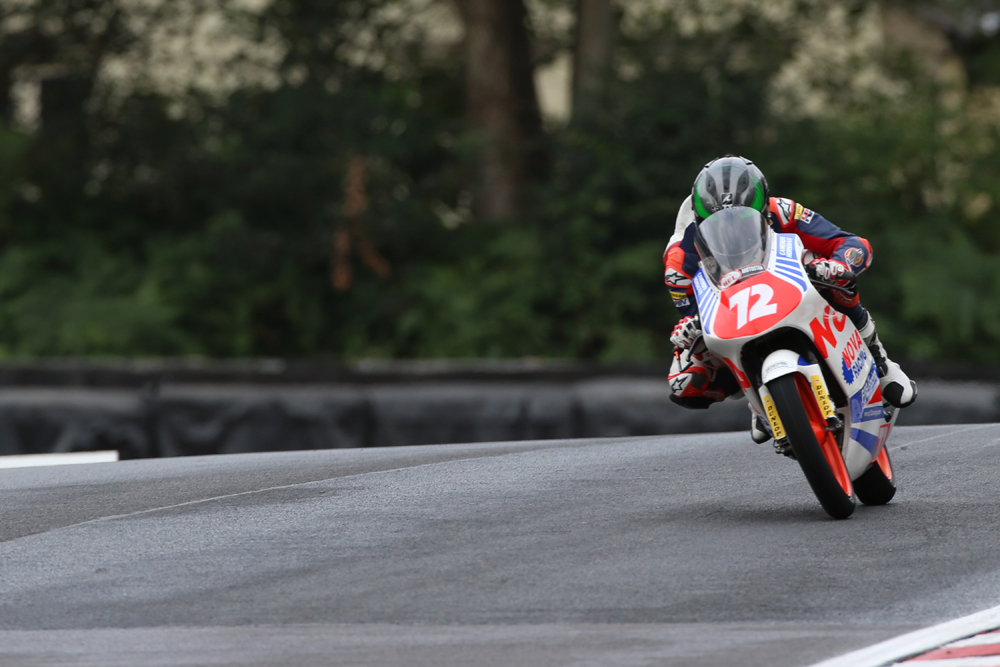 The crash means Horsman slips to 3rd in the championship on 195 points behind Franco Bourne and twenty-two behind leader, Scott Ogden.

With three rounds and six races still remaining, it’s still all to play for with the championship continuing at the TT circuit in Assen on 20th to 22nd September.