Bromley dropped further out of the National League title picture with a 2-1 loss at Notts County on Saturday.

The Ravens are five points behind leaders Barrow and have played two fixtures more.

Wes Thomas gave County an early lead before Mitch Rose missed a penalty for the hosts – striking the inside of the post. 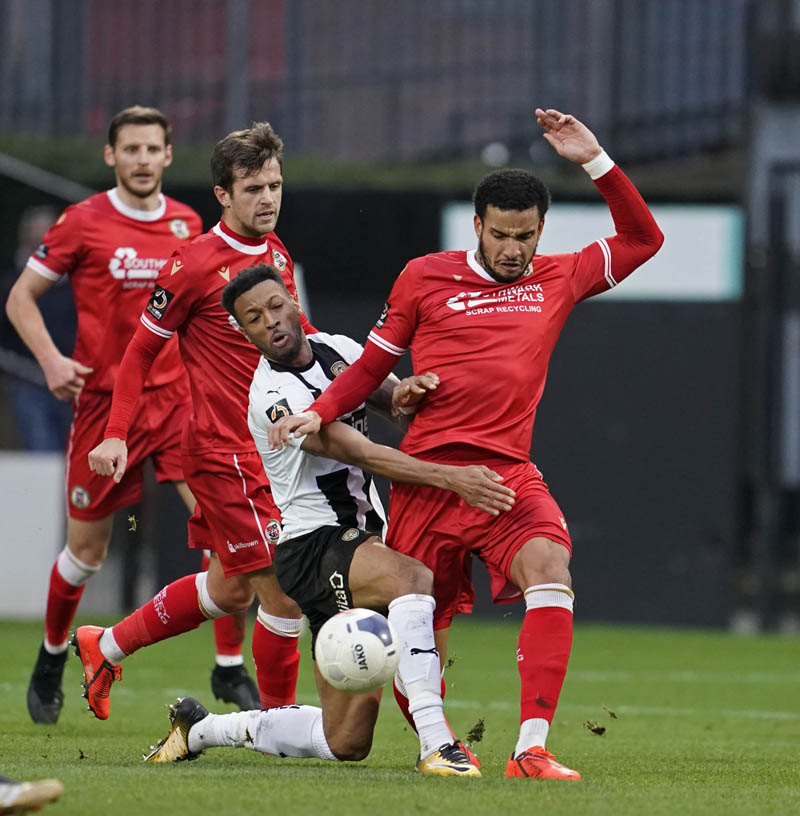 Bromley were level on 50 minutes when Michael Cheek shot home from 25 yards.

But Connell Rawlinson headed in Michael Doyle’s cross to put Neil Smith’s side behind again before Chris Bush was dismissed for two bookable offences.

Smith said: “It was a great goal by Cheeky and then I think there is only one team in it – for them to score from a set-play, which we pride ourselves on, is really disappointing. 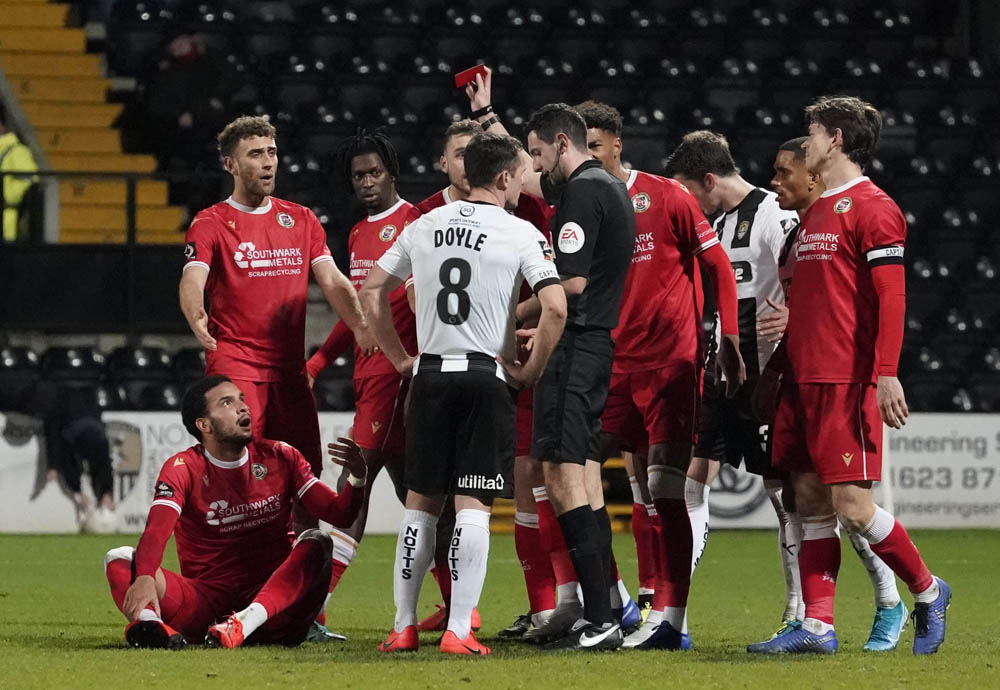 “We’ve had 22 attempts at goal to their nine. Neal Ardley came up afterwards and said no team – home or away – has put them under as much pressure as we did. But at the same time we’ve come away with nothing.”

Dulwich Hamlet roared to a 6-0 victory in National League South over Braintree Town.

Shamir Mullings and Jeffrey Monakana both helped themselves to a brace with Quade Taylor and Danny Mills also on target. 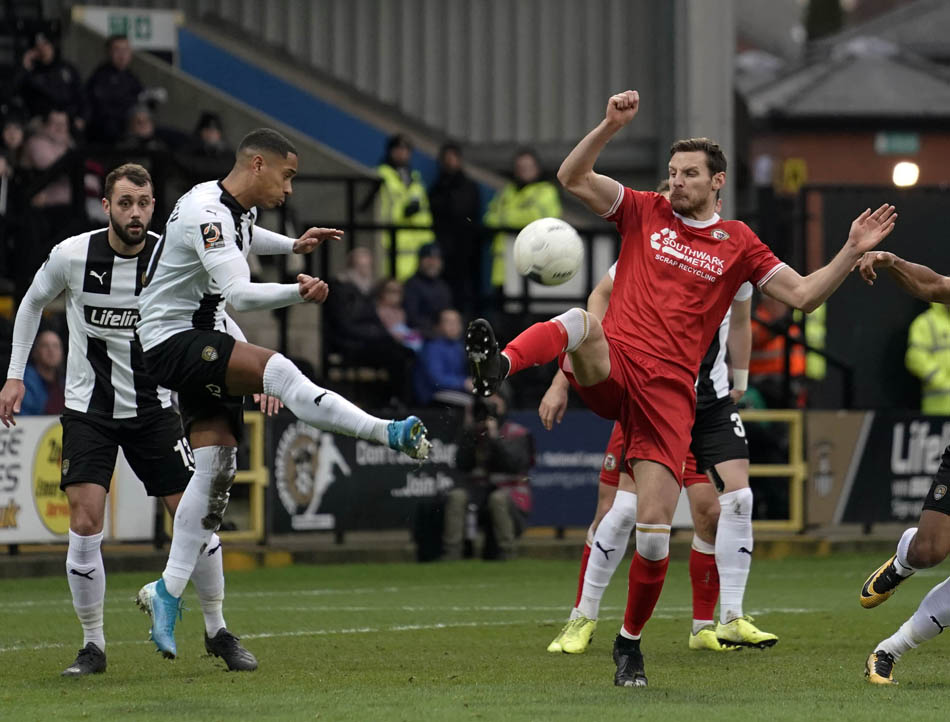 Welling United lost 3-1 at home to Weymouth and only goal difference keeps them out of the drop zone. Anthony Cook netted their goal. 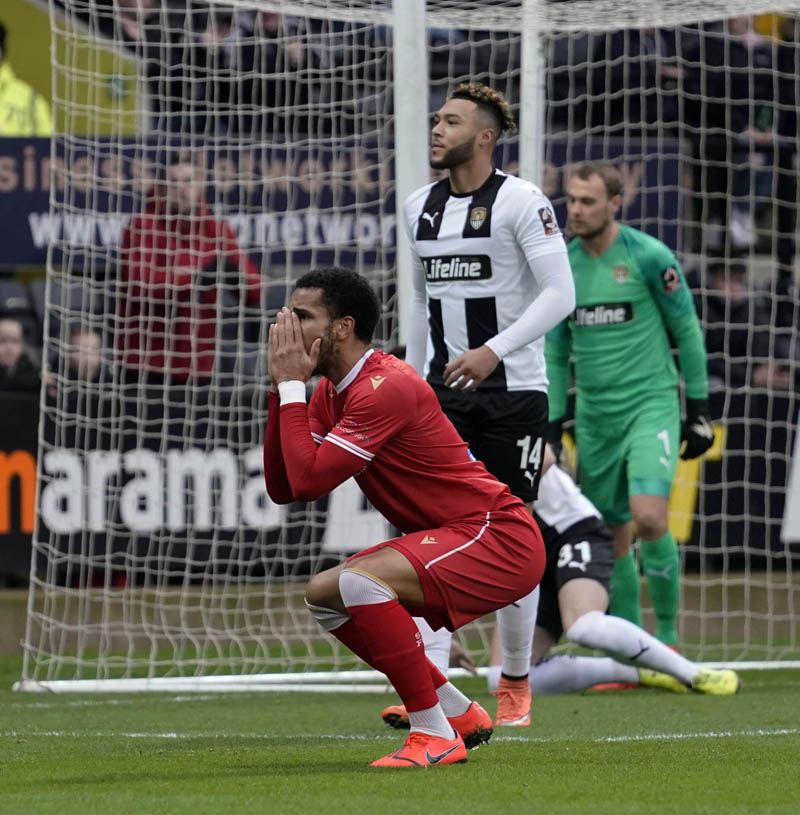 Cray Valley PM are fourth in the Isthmian League South East Division after a 2-1 home reverse against Herne Bay. Joe Tennent got the Millers’ goal in the 43rd minute but former Charlton striker Zak Ansah converted a decisive second-half penalty.

Fisher lost 3-0 at home to Tunbridge Wells in the SCEFL Premier Division. 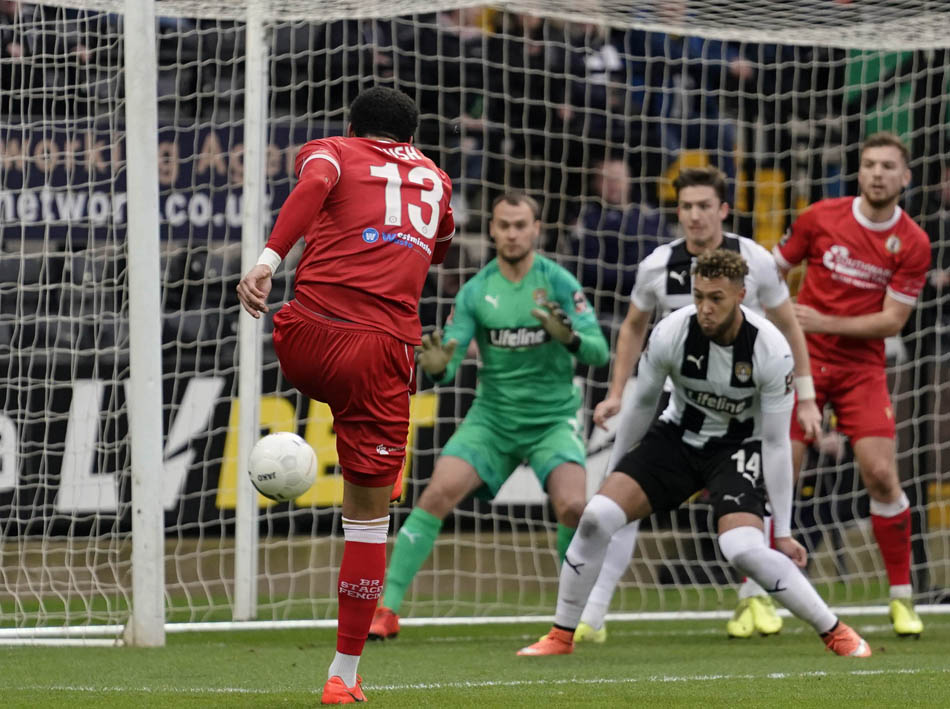 Greenwich Borough are enduring a woeful season and were thumped 5-0 at Sheppey United.

Josh Owen could only grab a consolation as Croydon went down 2-1 at home to Stansfeld in the SCEFl  First Division.

Lewisham Borough were beaten 3-0 at home by Rochester United.