Luke With put the Fish into a 20th-minute lead in a clash of two SCEFL Premier Division sides.

Billy Brown extended the home side’s advantage in the 58th minute and then grabbed his second just before full time.

Bromley suffered a third National League reverse as they were beaten 2-1 at Solihull Moors.

Bromley stay second and are level on points with leaders FC Halifax Town, who lost 2-0 at home to Boreham Wood.

Dulwich Hamlet had a huge crowd of 2,906 for their 2-2 draw at home to Weymouth in National League South.

The attendance at Champion Hill was the biggest at step two level at the weekend and only Notts County (5,265) and Yeovil Town (3,237) could boast more on Non League Day.

The hosts took a 21st-minute lead through Connor Hunte, who curled the ball home from 20 yards. 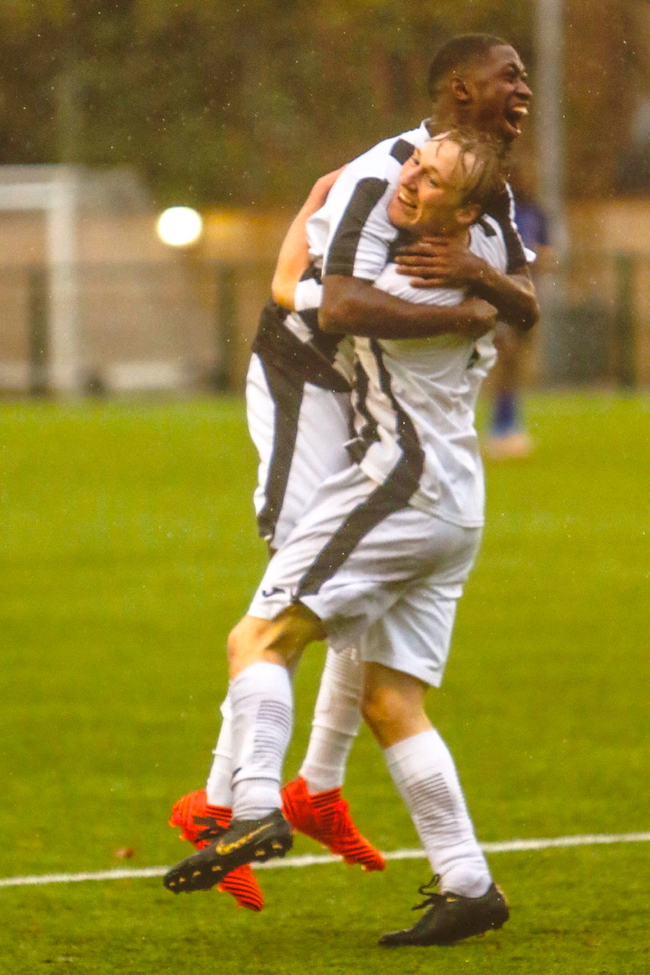 Weymouth’s equaliser on 40 minutes came against the run of play, Lionel Ainsworth producing a rocket of a volley past Dulwich keeper Charlie Grainger.

Grainger conceded a penalty early in the second half, upending Ben Thomson with Yemi Odubade converting.

Ade Yusuff headed a good chance over the bar and Weymouth’s keeper Calum Ward denied Hunte before Hamlet made it 2-2.

Ward made an excellent save to deny Vose while Jack Connors flashed a volley wide.

Hamlet are 14th in the table.

Danny Bassett scored twice for Tooting & Mitcham United as they won 3-1 at Whyteleafe in the FA Vase.

Jamarie Brissett had put the Terrors in front on the half-hour mark  at Church Road.

Ashley Sains had put the Millers ahead but they were 3-1 down by the interval. Francis Babalola claimed their other goal.

AFC Croydon lost 3-1 at K Sports in the SCEFL Premier Division. Jake Rose was their goalscorer.

Lewisham Borough, sixth in the standings, saw their home game against FC Elmstead postponed due to a waterlogged pitch at the Ladywell Arena.