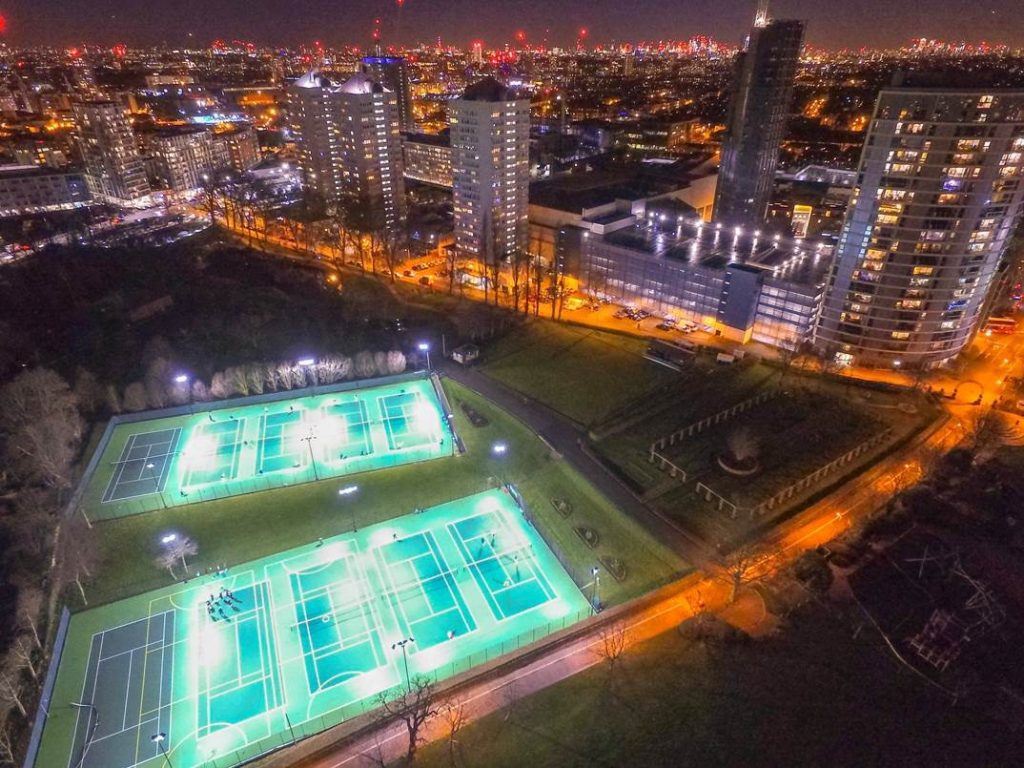 The future is bright for tennis fans following £500,000 in upgrade work which has brought floodlights and late night opening to some courts, writes Kirsty Purnell.

The courts at Tooting’s King George’s Park will now be open for play until 9pm thanks to the cash injection from All Star Tennis.

The company, which manages 28 courts across Wandsworth, also used the cashn to resurface and upgrade some of the bigger court across the borough.

All Star Tennis began managing Wandsworth’s courts in 2002 and says tennis popularity has skyrocketed in the borough by 80 per cent in recent years.

Wandsworth council’s sports and leisure spokesman, Cllr Jonathan Cook, said: “The past 12 months has seen some really serious investment in better tennis facilities for Wandsworth residents, and I’m delighted that the final part of this jigsaw has now been completed.”

All Star’s programme is open to anyone aged three, and over and people who book a floodlit court before the end of February will receive a free voucher to use at their venue of choice.