BY KEVIN NOLAN AT THE hawthorns

The outcome of this rumbustious, rip roaring clash hung by a thread as Josh Cullen waited patiently to take an admittedly “soft” penalty in the fourth of six added minutes.

Slaven Bilic’s wild bunch did their best to delay the kick and distract the diminutive midfield powerhouse, but Cullen was having none of it.

His spot-kick was hammered into the roof of Sam Johnstone’s net and Charlton left league leaders West Brom with a point their outstanding performance richly deserved.

After the late heartache suffered in Bristol three days previously (a day less rest than Albion was yet another handicap visited on injury-ravaged Charlton), a second capitulation to 10-men hosts was unthinkable.

Cullen’s coolness under pressure duly rewarded the depleted visitors for their courage and persistence against the odds.

The penalty itself seemed contentious. There was no doubting Semi Ajayi’s manhandling of Naby Sarr, and referee Donohue’s decision was instant.

But you’ve seen ‘em not given and Bilic had a point in declaring himself “baffled” by the award. 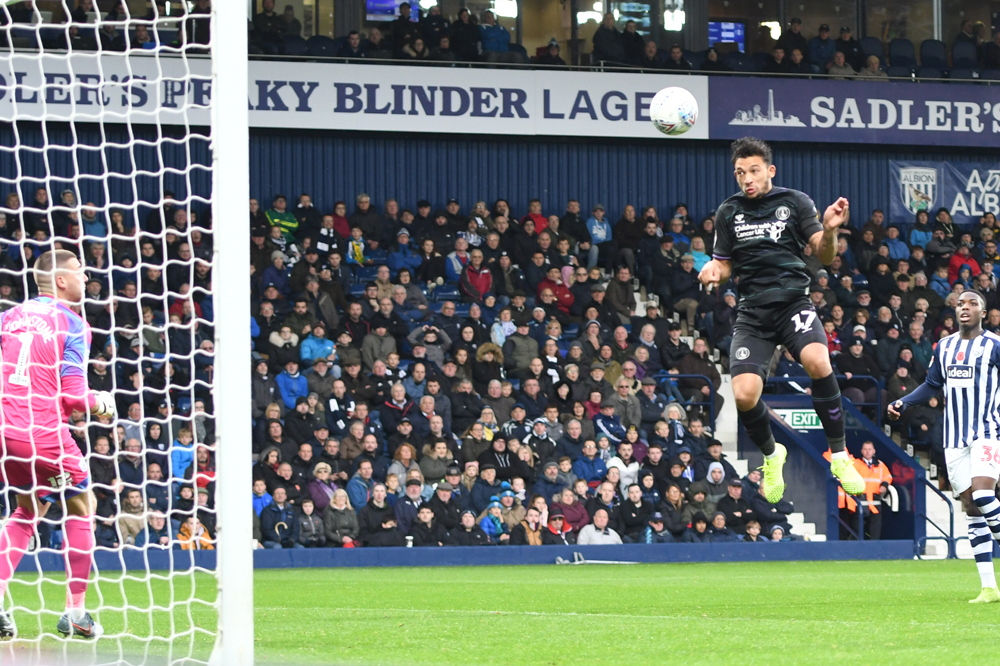 His credibility was, however, compromised by his sturdy defence of Nathan Ferguson for the vicious foul on Chris Solly which reduced the Baggies to 10 men.

“Nathan is a young player,” he dissembled, “and it is nothing reckless but he touched the ball a little bit… in that challenge there was nothing malicious.”

Ferguson’s assault on Solly was, to the contrary, high, late and coldly careless of a fellow-professionals welfare.

He invited the ultimate punishment and his manager’s disingenuous mitigation of indefensible conduct was asinine. Silly Bilic. Much earlier, the Addicks had got off to a shaky start.

Jake Livermore’s ruthless “reducer” on Conor Gallagher earned Albion’s skipper a first-minute booking, but possibly had the effect of enhancing rather than inhibiting the youngster’s savvy impact. 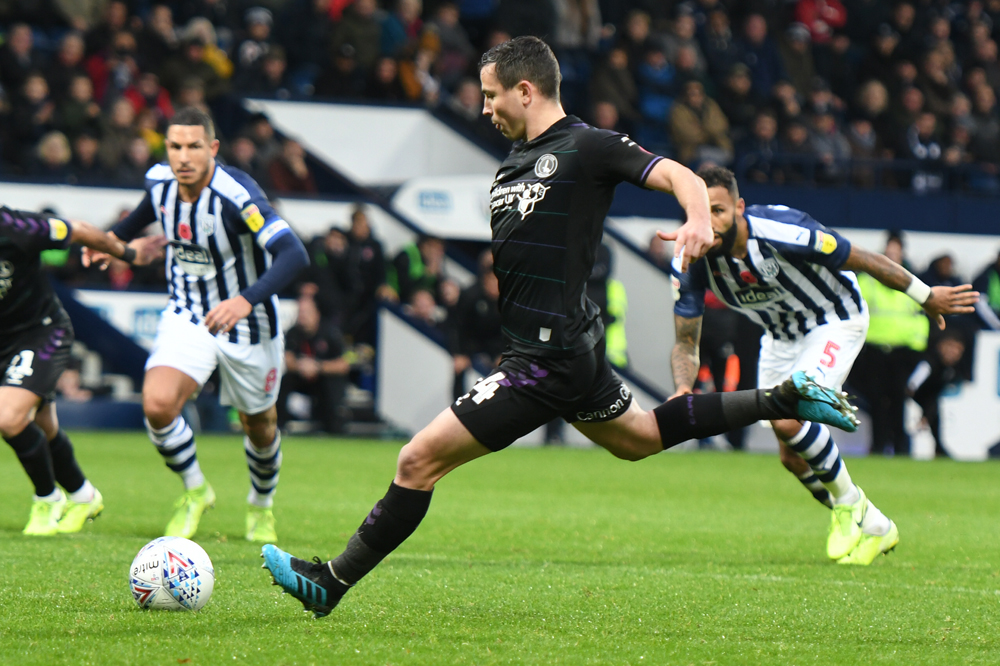 Gallagher was superb, with neither Livermore nor any of his similarly physical colleagues able to subdue him.

This kid knows how to look after himself. It’s a joy to watch him outwit crusty old pros seeking to curb his enthusiasm.

Falling behind after just nine minutes was hardly ideal.

The defence was turned by Livermore’s fine ball to Matheus Pereira in space on the left and proved unable to cut out the winger’s low cross on the run.

Stealing a step on Sarr at the far post, Matt Phillips rammed the ball past a helpless Dillon Phillips.

If they were rocked by the setback, Charlton hid their disappointment well. Their crisp passing and clever movement put them in control, and Bilic, while generously saluting their youthful enthusiasm and bravery, was again an unreliable witness with his claim that “they created only one chance in the first half”.

Reacting spiritedly to Phillips’ opener, in fact, the Addicks threatened a prompt equaliser. 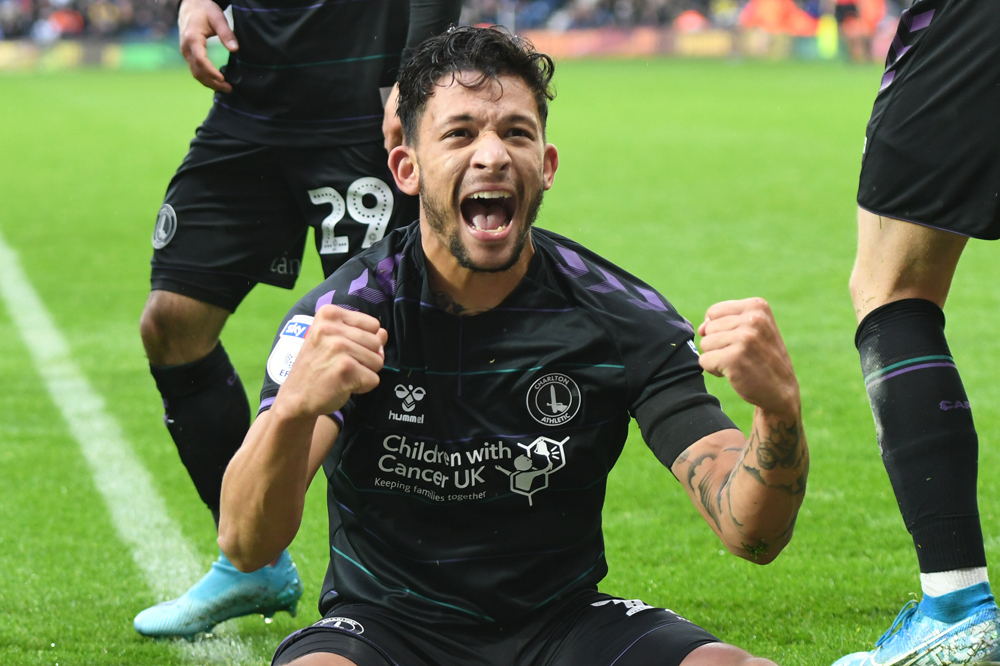 Oztumer’s snapshot then unluckily flicked off Tom Lockyer and over the bar before Ben Purrington’s deep cross from the left was volleyed off target by Solly.

Five minutes before the break, lightning-quick combination between Sarr and Oztumer sliced West Brom open again, but Gallagher’s effort on the turn was defiantly blocked on the line by Johnstone, who completed a terrific double save by parrying Sarr’s follow-up shot.

After the interval, the Baggies briefly held sway. Phillips was called upon to emulate Johnstone’s excellence, and responded magnificently. His save from Grady Diangana was stunning, while his one-on-one block to defy a clean-through Furlong was truly inspired. Duly encouraged by their keeper’s defiance, the Addicks drew level on the hour.

A sweeping diagonal ball from Sarr sent Solly behind the home defence to cross high from near the right byline.

Ben Purrington’s cute flick at the far post laid on Cullen’s fierce drive from the 18-yard line, which Bartley’s block sent spiralling into the air.

This was a 24th birthday he won’t forget in a hurry. Ferguson’s dismissal promised to tip the scales Charlton’s way, but their advantage proved illusory.

Hardly a defensive muscle twitched as substitute Hal Robson-Kanu was allowed to move on to his “weaker” right foot and fire an unstoppable drive beyond Phillips’ despairing dive and into the top right corner.

Robson-Kanu’s great strike, marred only by a suspicion of handball by the scorer, appeared to have harshly settled the issue until Sarr made the most of Ajayi’s unlawful attentions and referee Donohue, to Bilic’s chagrin, answered his plea for justice.

Cullen, who had just driven narrowly wide a chance provided by the quietly effective Purrington, kept an ice-cool head in a crisis.

Able to name only six starters from the side on duty in Bristol, he included four youngsters on the bench, re-shuffled his personnel and gave table-topping Albion all they could handle.